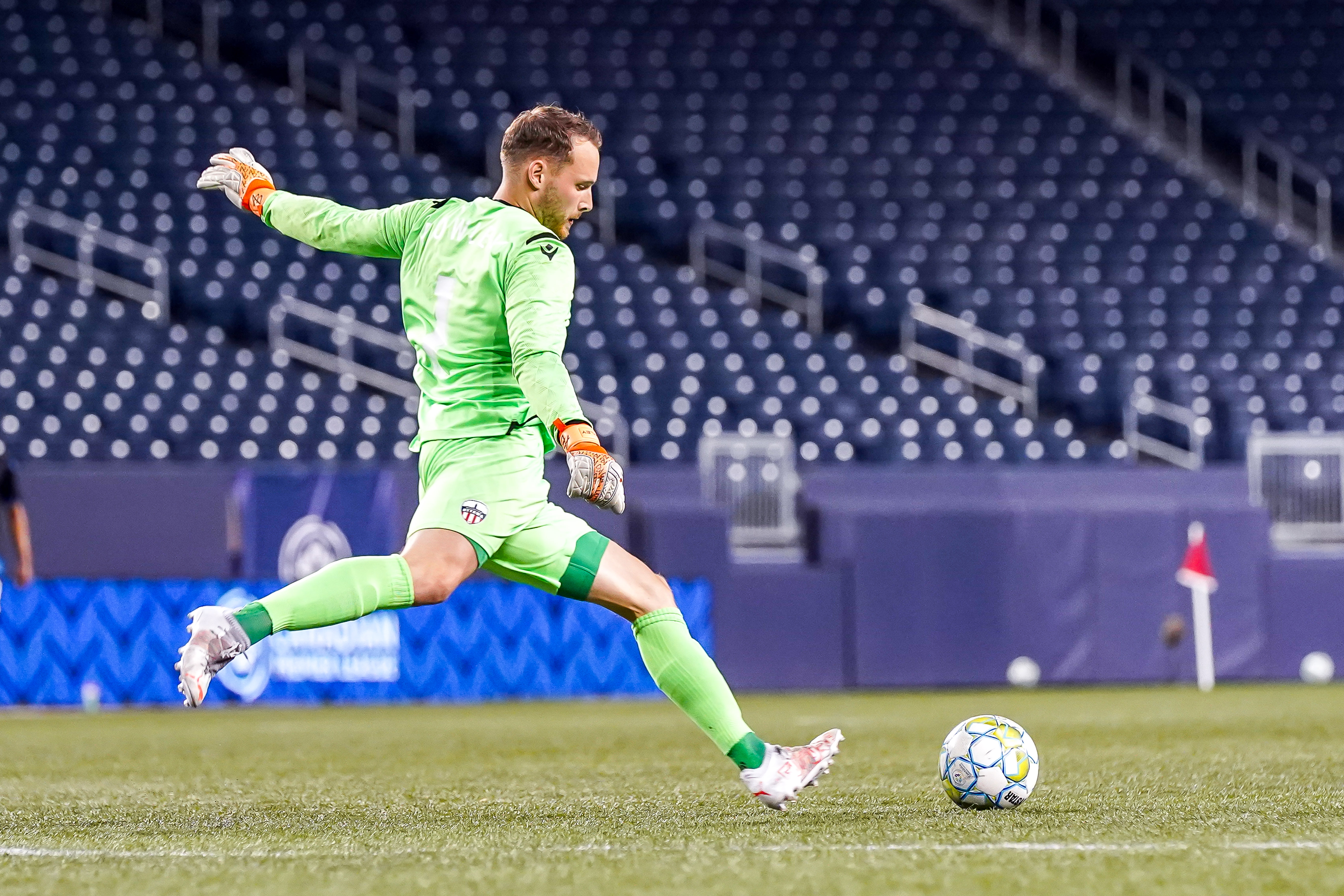 It looked as though an early goal by Atlético Ottawa winger Zach Verhoven was going to be the match-winner on Sunday night, but for the second match in a row Ottawa dropped points by conceding late. Second-half substitute Kyle Porter made a big impact, scoring FC Edmonton’s equalizer 10 minutes after coming on, earning a point for his side in the 86th minute. Edmonton had the better chances in the match apart from the early goal from Verhoven, and were more-than-deserving of at least a single point.

Former FC Edmonton goalkeeper Dylon Powley was again one of Ottawa’s best players, keeping his side in the game at times.

The busier of the two goalkeepers, Powley made six saves and made three claims in another solid performance between the sticks. It would be hard to blame him for Edmonton’s equalizing goal — he came out of his net to try and punch the ball, leaving his defenders on the goal line to try and keep it out, but nobody could block Porter’s shot from a few yards out.

With Ottawa struggling to score goals at the moment, Powley and his backline need to be near-perfect at the moment, and for the second game in a row dropped points by conceding a goal in the final moments of the match.

Despite the late equalizer, Ottawa head coach Mista was happy with the performance of his side’s defensive efforts, and said that the goal didn’t change his opinion of how his team played.

Edmonton certainly had the better chances throughout the 90 minutes, but Ottawa’s backline were strong for the most part, even without Brandon John and Drew Beckie, as Viti Martinez dropped back into a centre-back role on Sunday night.

“When he plays against Edmonton, he’s motivated,” added Eddies head coach Alan Koch when speaking about Powley. “He’s got his team points both times we played against them. He decided to move on before I got this job, but you can see he’s a quality goalkeeper and I hope he continues to have success for the rest of the season.”

For the first time this season, FC Edmonton head coach Alan Koch chose to start both of his key strikers — Easton Ongaro and Tobias Warschewski. He’d previously opted to use one or the other, and bring the other off the bench, but after signing another forward recently in 22-year-old Canadian Matthew Durrans had a bit more depth to work with.

Easton Ongaro went 76 minutes in this match before being replaced by Durrans for the latter’s FC Edmonton debut. Touching the ball 26 times before coming off, Ongaro created two chances and had two shots, but neither were on target. He came closest in the second half, firing a low, cross-goal shot just inches wide of the Ottawa goal.

Warschewski was impressive again for the Eddies, taking a team-leading four shots, including one on target, and completing 94.4% of his passes (17 of 18).  He touched the ball 54 times, also winning a pair of aerial duels in an all-around strong performance. Like Ongaro, however, he’s still missing an elusive first goal of the season.

“I was happy with both Easton and Tobi, I was a little bit disappointed they didn’t score tonight, but it’s the first time we’ve started a game with two strikers,” said Koch after the match, adding that the duo need time to build chemistry with one another. “They’ve not really trained that much, [they just do] rest and recovery and they preparing a little bit for the next game.

“With very little training together, I was happy. Tonight was a positive start.”

After he started the previous two matches, there was a Brandon John-shaped hole in the Atlético Ottawa lineup on Sunday. John left Ottawa’s previous match against Valour after 24 minutes with an injury, which was revealed on Sunday to be an ACL tear. He’ll return to Ottawa to begin his recovery, and the club said in a press release that it’s “likely” that John will be out for the rest of the season.

“We want to dedicate tonight’s point to Brandon,” said Mista after the match. “We’re here to help him with everything he needs. We’re a family and he’s missed in this type of situation where [the team are] close.”

Excellent in the first half in particular, Atlético Ottawa’s Dylon Powley was good again in goal, turning away several scoring chances against his former club.