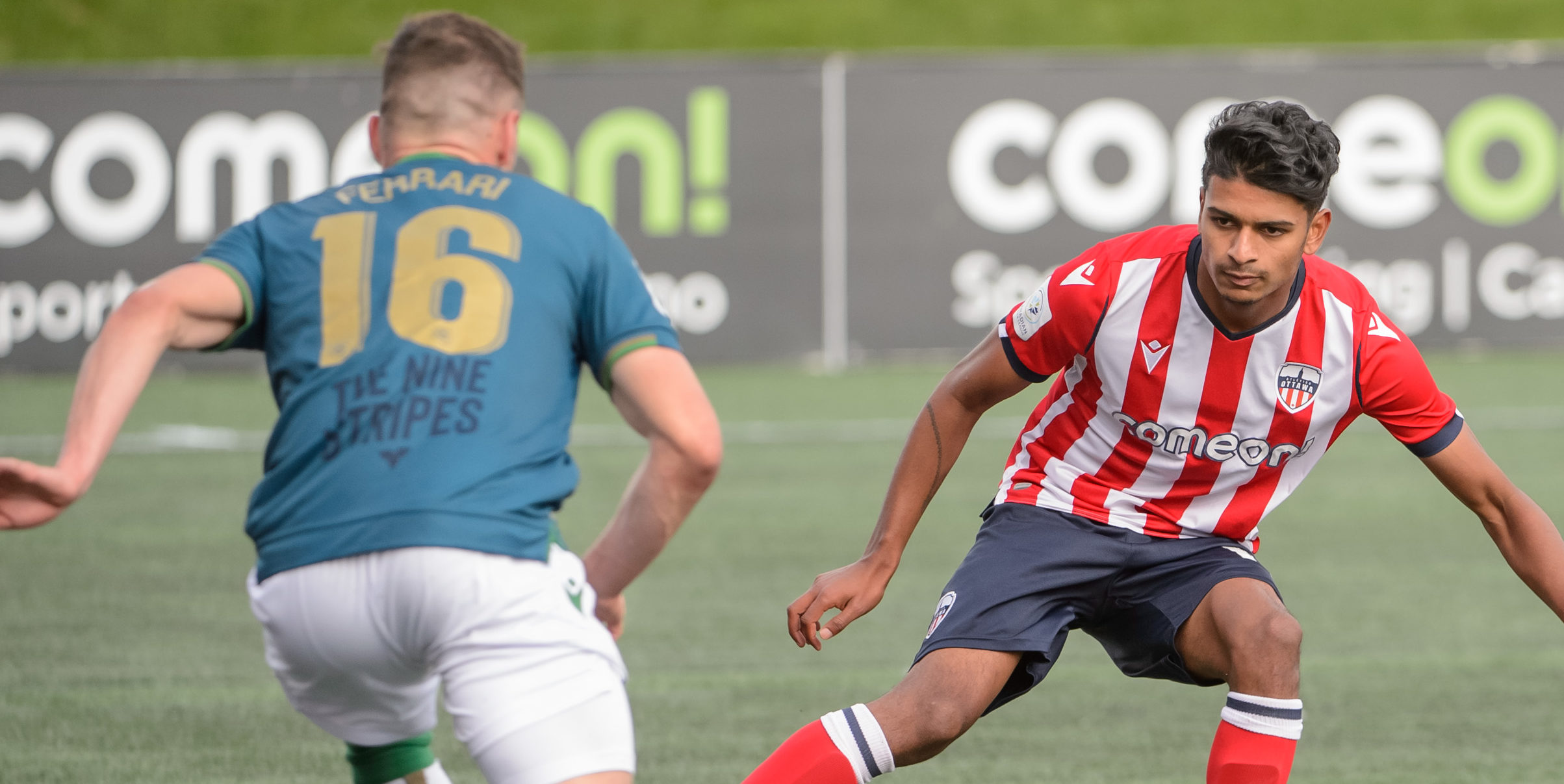 York United needed an 80th-minute equalizer to secure a point on the road against Atlético Ottawa in Sunday’s ComeOn! Match of the Week, but the Nine Stripes remained in the playoff hunt after Chrisnovic N’sa scored with a header after his side trailed for the majority of the game. Ottawa, playing at TD Place for the final time in 2021, were the better side in the first half as they created a litany of good chances — one of which Antoine Coupland managed to put in the back of the net (with some help from a deflection) — but ultimately the sides were destined to split the points.

Although Atlético Ottawa are mathematically eliminated from playoff contention, they were unquestionably up for Sunday’s game, being the last chance they’ll have to play at TD Place in this, their first season at the stadium. Ottawa has been stronger at home this year, and the community in the nation’s capital has impressed this year by creating a strong atmosphere for the CPL’s youngest club.

So, entering this match looking primarily to bank one last win at home for their supporters, Ottawa delivered with entertainment value — local product Antoine Coupland in particular. They were fast in possession and explosive with direct runs forward and some incisive passing. Perhaps the hosts came into the match with more energy than even their opponents were expecting, because they were all over York in the first half, outshooting them 11 to 4. They’ll be disappointed not to have come out of this contest with all three points, though, having scored just once from 21 shots (seven on target).

Ottawa had 57% possession in the opening 15 minutes despite many of their best chances coming on the counter-attack, as they continuously won the ball by picking off sloppy passes and closing down space in the middle.

“It was very important for us just to put on a show for the fans,” Coupland said postgame. “They’ve been with us through this kind of tough season, through the ups and downs, and they’ve always been there, they’ve always been loud; we feel like they’re a 12th man on the field, in the stadium, so I think we owed it to them to really go out there and put up a strong performance.”

York improve in second half with season on the line

With their season in jeopardy while trailing, York had no choice really  but to pick themselves up after a poor first half. It took them a little while to really find their groove, but after some extended stretches of possession they at last seemed to find a spark — particularly after Lowell Wright entered the game in favour of Sebastian Gutíerrez. They were able to move the ball much faster in the last 20 minutes of the game and they seemed to find new life after scoring their equalizer.

Early on, York struggled to really get a foothold, particularly with key talismanic attacker Max Ferrari forced to play fullback due to Diyaeddine Abzi’s suspension, but once York switched to a front two with Wright and Julian Ulbricht they seemed more capable of creating numerical advantages and finding opportunities in the box.

The 10 minutes or so prior to the goal saw the game lose some of its steam, as Ottawa started sitting in a low block and inviting York to try and break them down slowly — which York were struggling to do. Immediately after, though, the match was wide open. York threw a few very dangerous chances at Dylon Powley, although Ottawa actually had the better opportunities in the last five minutes as they came close to striking on the counter-attack.

Nonetheless, York absolutely needed to respond after falling behind, and they did, although perhaps not as quickly as Jimmy Brennan might have hoped. He explained postmatch that his side really found life around the 60th minute, around when Wright came in (though he stressed that Gutíerrez coming out was purely tactical rather than related to the Colombian’s performance), and he added that York were exposed on the counter after scoring simply because of how high they were pressing in search of the winning goal.

“For the first 45 minutes it was terrible. It wasn’t us; we were slow, we were sluggish, we were second to every ball, and it took us about 60-odd minutes to get going,” Brennan said. “At halftime, we were disappointed. We knew that — the players did. At halftime we could easily go in there and start yelling and screaming, but I know what they’re going through, they’re fatigued, it was a long trip up, it’s a lot of games that we’ve asked of them… It was about just finding that second wind and getting something out of this game and start pushing forward.”

He added: “You do open up a little bit because you’re chasing the game, and we wanted those three points which left us vulnerable at the back for a counter. We’re disappointed we didn’t get three, but it’s another point we’ve picked up on the road.”

Atleti coach Mista was somewhat incredulous after this match at how his side came out of the game with so many opportunities, but just one goal.

They looked extremely dangerous going forward for most of the game, whether in the first half when they were able to get numbers forward consistently, or in the second half when they nearly pulled York apart on the counter-attack a handful of times. Four individual players for Ottawa had three shots, and they put seven total on target, which more often than not results in at least a couple more goals.

York goalkeeper Nathan Ingham was required to make some excellent saves one-on-one with Ottawa’s strikers, but they needed to be a little more clinical at times. Plus, at least two or three of their shots were taken with a likely better passing option available in the box.

“We cannot score only one goal today… I don’t know how many chances we had to score today, we had Malcolm (Shaw) one versus one with the goalkeeper, Zach (Verhoven) had another, (Alberto) Soto had a couple more, I don’t know how many but this is our reality. We are in that situation in the table for many reasons, and one of them is because we can’t score more goals.”

Nonetheless, it’s encouraging that Ottawa were able to get to those dangerous locations with apparent ease. For long stretches of the first half, Atleti seemed able to completely carve open the York defence with their quick transitional balls and driving forward runs from Ryan Telfer and Antoine Coupland. Playing like that consistently is very difficult, but seeing that kind of passion and energy will be a silver lining for Ottawa who were disappointed not to hold out for the win.

The 17-year-old was exceptional in this game, looking composed in the attacking third as he sought to create chances and take them himself in his 60 minutes of work. Though his goal took a fortunate deflection, his work at the top of the box to find a shooting lane was impressive.

Atlético Ottawa will close out their season on Sunday, November 7, when they travel to Nova Scotia for one last clash with HFX Wanderers FC (1 pm ET/2 pm AT). York, meanwhile, will head out on the road for a pivotal clash with Pacific FC on Saturday, October 30 as they look to keep their playoff hopes alive (6 pm ET/3 pm PT). Watch all matches live on OneSoccer. In addition to its website and app, OneSoccer is now available on TELUS channel 980 and on Fubo TV. Call your local cable provider to ask for OneSoccer today.