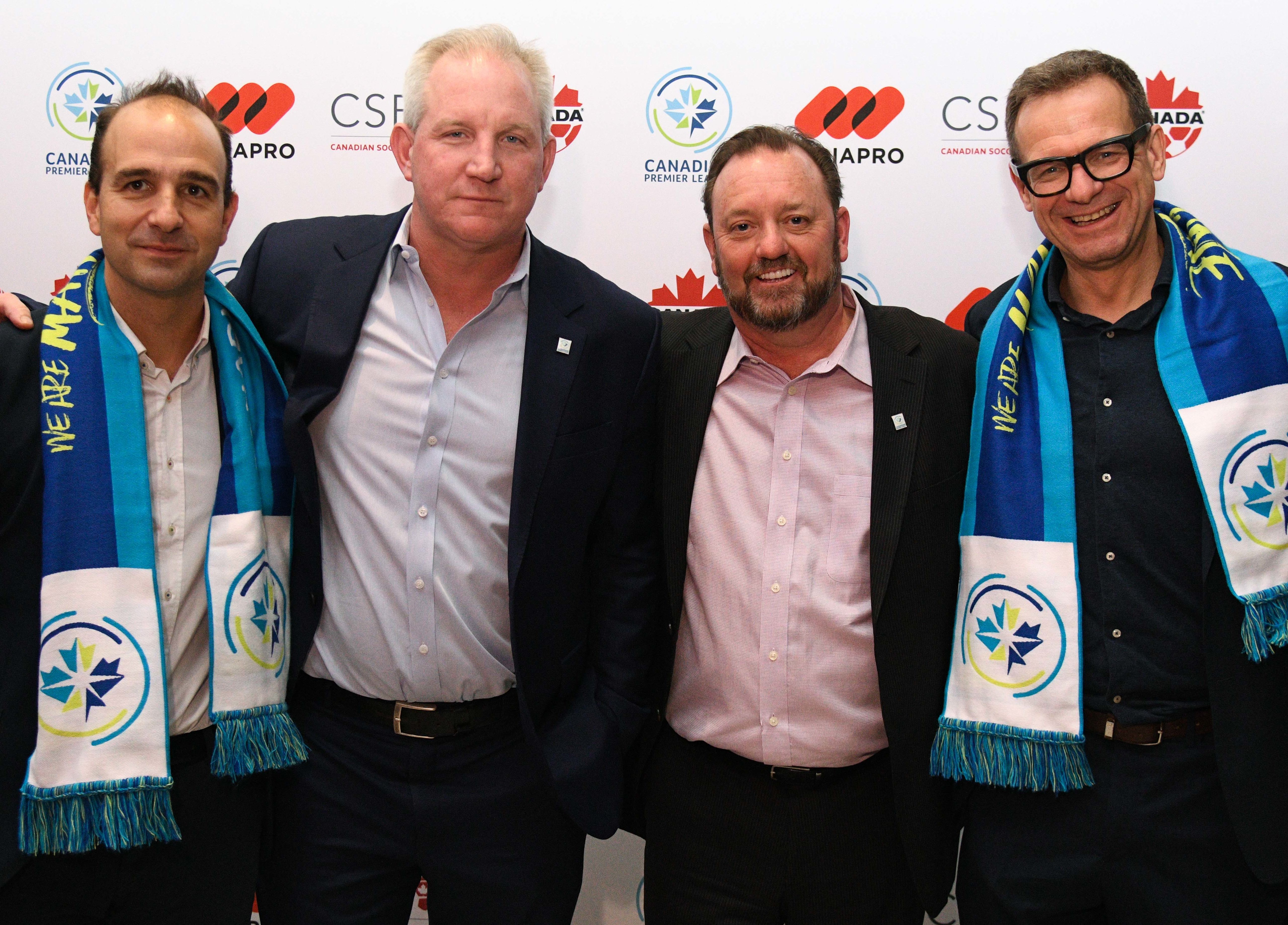 Canadians are about to enter an age of unprecedented access to their league and national teams.

As the beautiful game takes hold across Canada, the advent of the Canadian Premier League coupled with Canada’s march to international prosperity requires equal measures of determinant, thought and a patient hand.

Building something special takes time and commitment, after all.

It is a long-term project with a vision for what soccer can become in this country, providing a never-before-seen level of content on matchdays … and beyond.

“Soccer is our cornerstone,” said Oscar Lopez, CEO of MEDIAPRO Canada. “For us, it’s part of our DNA. We breathe soccer. And, this is special, because this is a 10-year project.

“Usually in Europe, the period that you can have the rights is three years. It’s not enough time to develop a product or a story. But here, it’s 10 years, and for us, this fits perfectly with our philosophy and our ideas.”

A leading global content producer, MEDIAPRO will be in charge of the production of thousands of matches and will launch a diverse and versatile channel that will be available for all platforms and devices entirely devoted to delivering world-class dedicated Canadian soccer coverage and content. This includes an OTT soccer streaming channel, complemented by unique soccer shoulder programming including magazine shows, documentaries and other Canadian soccer programming.

The group’s vision? A prosperous, thriving CPL and Canada as an emerging soccer giant, culminating with its role co-hosting the 2026 World Cup. Lopez spells out his plans for telling that soccer story through daily programming across Desktop, Mobile and Smart TV platforms.

“At the outset of this project, the owners of CSB felt it was hugely important to create a platform that was focused on anything and everything related to Canadian soccer,” said Scott Mitchell, CEO of Canadian Soccer Business. “The only way to do that is to find a world-class media partner who has experience doing just that and work with them on that platform. We’re not sure you can find a better example to emulate than what MEDIAPRO has done with La Liga.

“The reality of media consumption right now is that you can create a streaming platform that is ubiquitous for the consumers and easy to find in a variety of places and on a variety of devices. That is the primary focus before we turn our attention, with MEDIAPRO’s leadership, to other potential distribution partners.”

There is also an ambitious plan for building content for the platform that includes highlighting premium experiences, such as Canadian national team performances in major tournaments, milestone moments in the CPL and the people who make it all happen.

“For us, the match is only half the story we want to tell,” Lopez told CanPL.ca. “The other half is the story of the players, the cities, the training and processes, everything around the match and about the teams. That’s how we built La Liga, which is on seven days per week.

“We want to replicate that and bring that experience to the Canadian market. The good thing is that we start from scratch. We can create all this from the beginning.”

He added: “We know clearly that the agencies that only deal with buying and selling rights are coming to an end. We need to add more value to these rights.”

Lopez affirmed the company will be Canadian-based and will create infrastructure and career opportunities for Canadians, an important mandate to building this new soccer economy.

“We’re starting from scratch and we are really positive people,” Lopez offered. “We think that we have a lot of room to grow. Football – soccer in this case – is the people’s sport. It’s not expensive, it’s easy to play, and in the end, it’s the No. 1 sport in the world.

“Soon, Canada will have a World Cup here – the event of all events in all of sport. We can try to piggyback this and create and build this philosophy of culture here in Canada.”

Ultimately, this partnership serves to bring together like-minded individuals who share a common goal — growing the game of soccer across Canada.

“I’m not sure you’ve ever seen this level of commitment to grow a sport in a developed country like this before, from an established company,” Mitchell told CanPL.ca.

“Getting a new technology and media company interested in the project wasn’t difficult, but landing a deal with a globally-respected company who wants to invest this seriously in soccer in Canada is certainly a first of its kind for Canadian soccer.

“We share a common vision and are completely integrated partners on the project. That is wildly exciting for our CSB owners.”