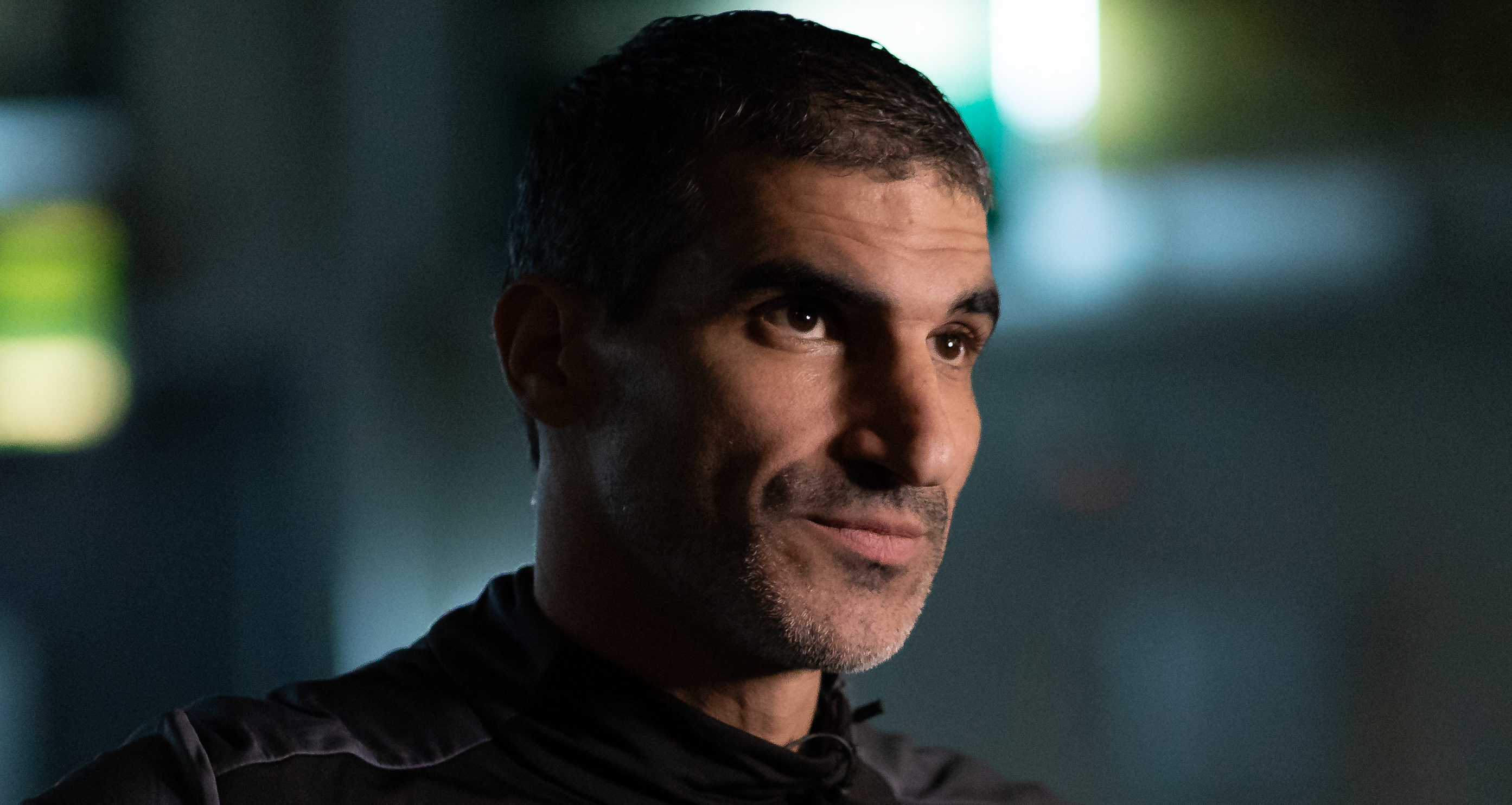 YORK REGION – If the players making up “year two” York9 FC expected an easier time in 2020, they’ve got another thing coming in Paul Stalteri.

The newly-named assistant coach to Jim Brennan is about as no-nonsense as they come.

You can hardly blame him. With more than 200 European matches for Werder Bremen, Tottenham Hotspur, Fulham, and Borussia Monchengladbach under his belt, the former Canadian national team captain has been a leader in this country’s soccer scene for a long, long time.

Like Brennan, who Stalteri has known for the better part of the last three decades, the 42-year-old brings a level of intensity and purpose to training that leaves the Nine Stripes’ talent gasping for breath at the end of each session.

That, of course, is by design.

“There are no days off– there’s no five, 10 minutes off. It’s full intensity,” Stalteri outlined to CanPL.ca, during an early pre-pre-season training session in Vaughan. “The lads who I’ve worked with know that, and the other ones? They’ll get to know that too. It’ll be like that from day one. We’ll set the tone for what we’re demanding from the team, and what we’re looking for in each training session we take part in.”

Truth be told, it’s hard to make Brennan seem like the “good cop” in a coaching duo, such is the nature of the York head coach, too. But, Stalteri? He more than does the trick.

York9’s players are in for it, now … but with only their best interest in mind.

“We have a great opportunity to build this club into something very special,” Stalteri affirmed, offering a rare smile. “I’m local, I live in the area, so it made a lot of sense of my side, and it makes sense on the club’s side, and knowing Jimmy for a long time, it made the decision easier to work together and come up with similar philosophies on how we want the game to be played and how to move this club forward.”

That philosophy starts, and ends, with the work. It’s why York9 is training well ahead of schedule.

“There was a slow start to the campaign last year but slowly they found their feet and had a good, strong showing towards the second half of the season. We’re looking to build on that,” Stalteri reflected. “We’ve got some new players coming in and we’ll set up the team in a different way, and attack in a different fashion than last season, but with the same mentality that we finished the last season with. Those key signings will add a new look to this team, and make us a team that will compete where we want to compete, and that’s at the top of the table.”

So, Stalteri is saying all the right things. York captain Manny Aparicio? He’s not backing down from those expectations.

“I had Paul as a coach actually during U-20 World Cup qualifiers with Rob Gale. He was the assistant coach, so I’ve seen him work and how he coaches,” Aparicio told CanPL.ca. “For me, it was amazing news, to have a player and a coach of his calibre to give you those pointers, and share the experiences he’s had as a professional athlete. He’s a very good coach. Sometimes there are players who can’t really coach, but from what I’ve seen from the national team and from now, he’s exceptional. He demands a lot from the players, which is something we need. He’ll help us and Jimmy a lot, help our team grow.”

Glowing reviews of a man that might be a tough nut to crack, but underneath the hardened exterior is a Canadian soccer veteran who genuinely cares about the sport in this country.

It’s why Stalteri doesn’t reminisce too much about his time at Tottenham, for instance. Yes, it was nice, and he credits his fellow players and coaches for making him the man he is today, of course. And, he drops a nugget of wisdom, almost Stephen Hart-esque: “Sometimes, the game teaches you the most things, and sometimes the players teach you more when you play at that level.”

Instead, Stalteri seems to be about the future; about growing the game.

It’s why his expectation for his own generation of Canadian talent is clear, too.

“I only think it’s a matter of time before you see an influx of ex-players who came through and played at the highest level in Europe, that will come back into this league at some point, in some capacity,” Stalteri outlined. “Whether that’s as coaches or managers, or, as the league gets bigger, through expansion. There will be places for coaches and ex-players from my generation who, no doubt in my mind, can offer something to the game, and they should be offering something to our game.

“It’s a great tool for the CPL to utilize their experiences as they become coaches and become more and more involved in the game on the other side of things. We’ve had great experiences in the MLS or in Europe, and I’m sure it’s only a matter of time before they funnel it back to the kids, with all the experience and knowledge that they’ve got.”