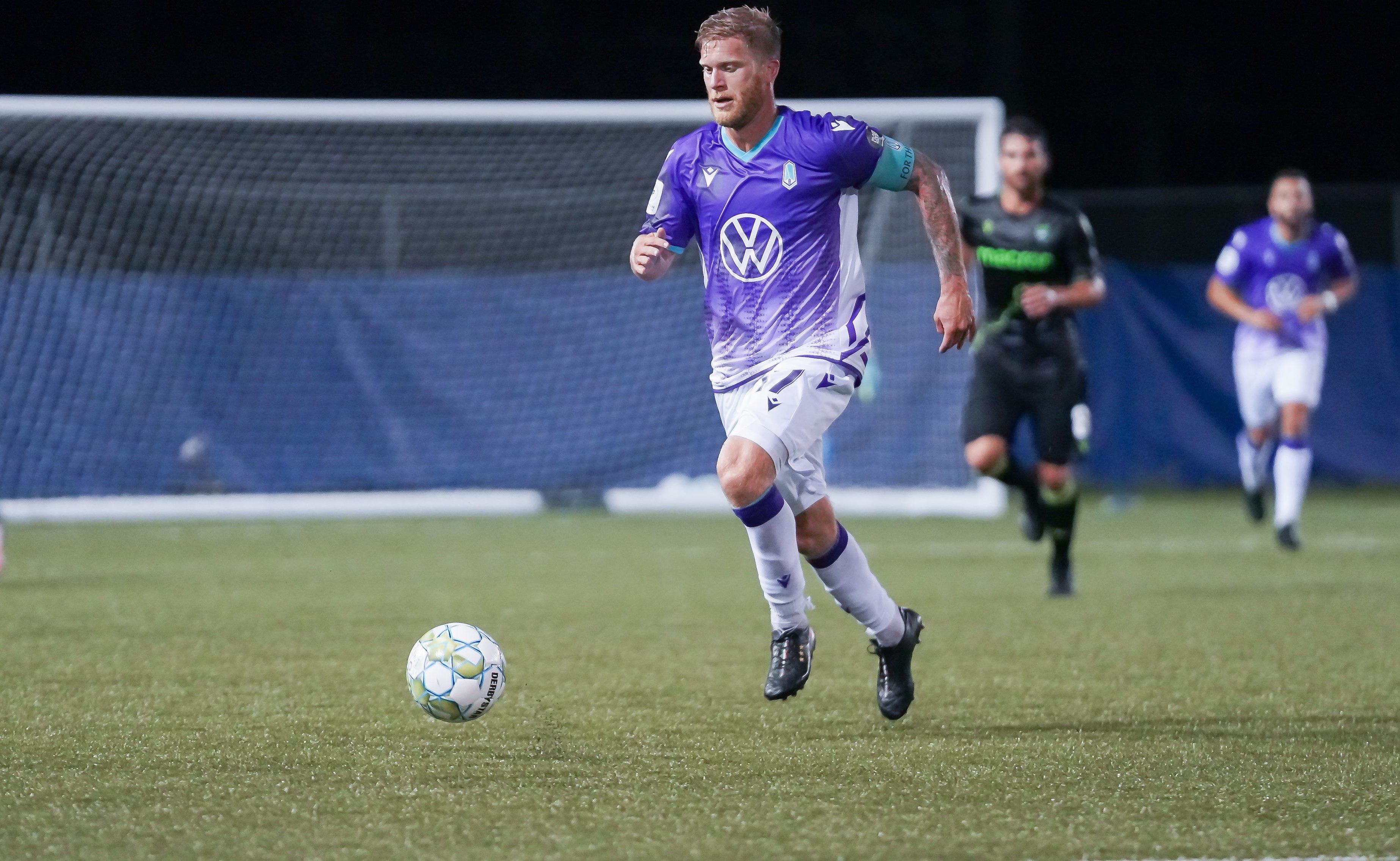 The Pacific FC and Canadian national team defender announced his retirement on Friday, a move that brings a close to a 17-year professional career spent in dedicated service to Canadian soccer.

“After 17 years as a professional football player, I have made the difficult decision to officially hang up my boots and pursue another exciting venture,” de Jong said.

“It’s been a sad couple of days, reflecting on the fact that I will no longer be on the pitch playing. But I will be forever grateful to Pacific for the time I’ve had at the club and on the Island which I will continue to call my home.”

Rob Friend, CEO of Pacific FC, added: “It’s been an honour to have Marcel be part of our club for the past two seasons. He has been a leader on an off the pitch and we wish him the best in his retirement.”

De Jong’s decision to retire comes after an eventful two-year spell with Pacific.

A 34-year-old native of Newmarket, Ont., de Jong signed with the Tridents in February, 2019 after spending the previous three seasons in MLS with the Vancouver Whitecaps. But the Canadian national team veteran suffered a ruptured Achilles tendon in training the following month, an injury that sidelined him for the majority of the CPL’s inaugural campaign.

Following a lengthy rehabilitation process, de Jong made his CPL debut on Oct. 9, 2019 when he came on as a substitute in the 66th minute of a 1-1 draw versus HFX Wanderers FC. He was also used as a second-half replacement two weeks later in Pacific’s season finale, a 2-0 home win over Valour FC.

“You want to be out there with the guys, fighting for those points, and playing in front of your home crowd. You want to be important,” he told CanPL.ca.

De Jong was also a long-time and loyal servant with Canada’s national team, turning out for the under-17 and under-20 sides (including at the 2005 FIFA U-20 World Cup) before making his senior team debut on Nov. 20, 2007 in a friendly against South Africa. He went on to earn 56 caps (48 as a starter), scoring three goals and adding two assists. His last appearance for the Reds came in 2018 in a Concacaf Nations League qualifier.

De Jong played for amateur team De Valk and joined the PSV Eindhoven’s youth academy before launching his professional career with Helmond Sport in the Netherlands. He later made the move to Roda JC before leaving the Dutch Eredivisie to join German club FC Augsburg in 2010.

Spells with Sporting Kansas City in MLS and the Ottawa Fury in the NASL followed, before he went out west to join the Whitecaps and later Pacific FC.

“I pushed for this move to the CPL and to stay in Canada. I probably could have stayed with the Whitecaps another year or moved to another MLS club, but at some stage you have to start thinking about what’s best for your career, and that’s why I decided to come to Pacific,” de Jong said at the time.

In late 2019, de Jong told CanPL.ca he was starting to think about what he was going to do once his playing career came to an end.

“I think about it more and more nowadays, especially during the off-season when I have a lot of free time and am trying to stay busy. I’ve tried to get involved with the club. Hopefully a youth academy will come soon (at Pacific) because I love working with kids,” de Jong said.

“On weekends when I have nothing to do, I’ll go out in the community and watch kids play soccer. It’s good to get my face out there so people will recognize me and show them that I’m interested in helping kids to develop. It’s probably something I will do after my career is over.”

De Jong is the second CPL veteran to recently hang up his cleats. In December, Forge FC defender David Edgar, who played with de Jong on the national team, announced his retirement.