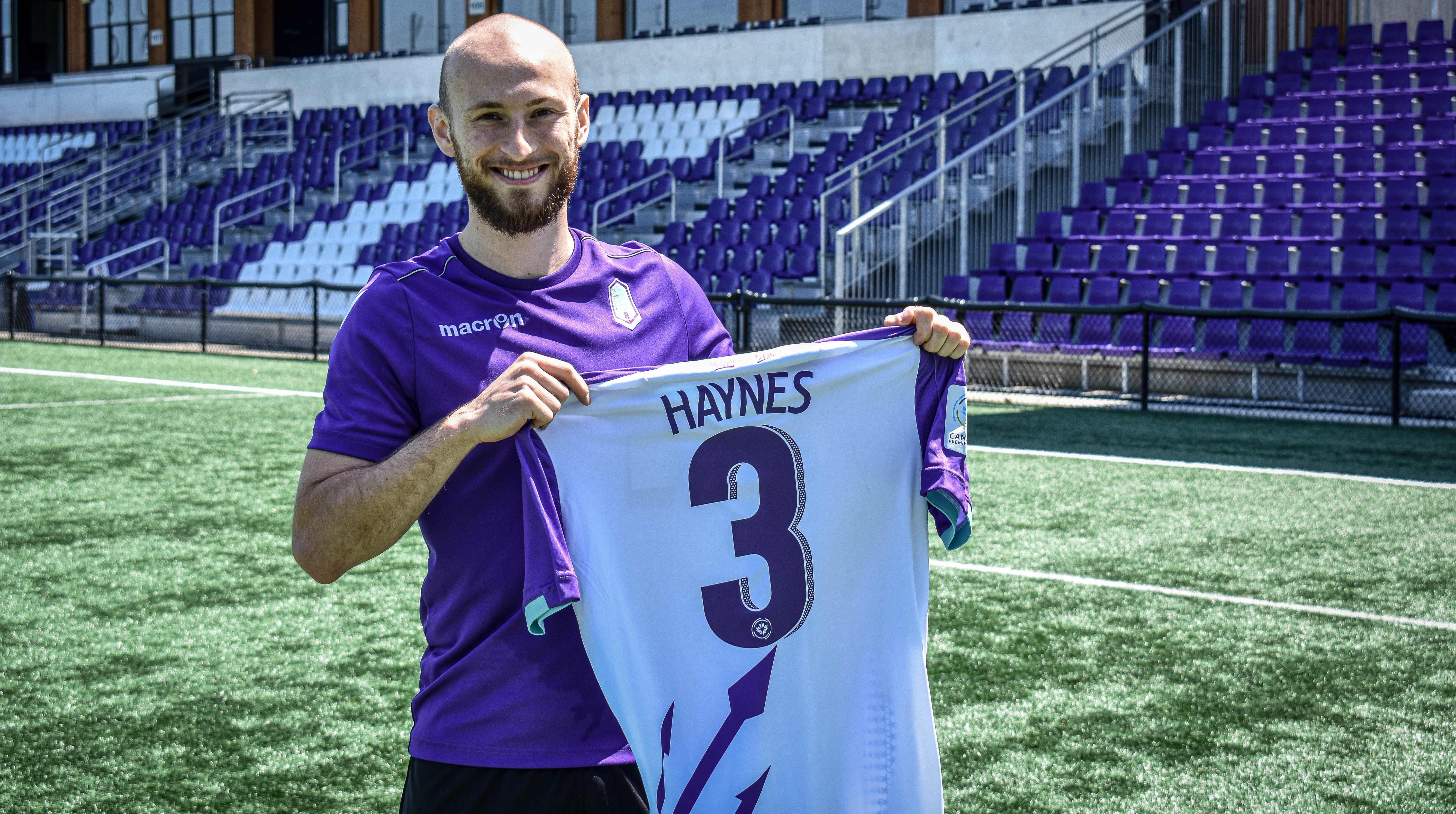 Haynes had been on trial with Pacific since the spring, and brings USL, U SPORTS, and League1 Ontario experience to Vancouver Island as a cultured player who is capable of playing on either wing, and is expected to challenge proven PFC starting fullbacks Marcel De Jong and Kadin Chung for playing time.

“Words can’t describe where my head is at. All I can do is thank everyone that believed in me, and those that said I wasn’t good enough… pushed me to where I am now. The fun begins,” Haynes posted on his Instagram account.

A 24-year-old native of Peterborough, Ont., Haynes spent five years with the Whitecaps organization, starting in 2011 with its residency program before moving up to USL side Whitecaps FC 2 for the 2015 and 2016 seasons. The shifty fullback appeared 29 times for Whitecaps’ second team and played alongside current Pacific FC players Terran Campbell, Victor Blasco, and others.

“He’s come in and been fantastic,” Pacific FC coach Pa-Modou Kah told CanPL.ca, adding that he worked with Haynes during their time with the Whitecaps. “He’s shown it to us and he’s working hard to be here.

“Every day he’s come in with a great mindset and work ethic. He hasn’t stopped working to be in this environment and he deserves to be here.”

RELATED READING: CPL off-season roster tracker: How all eight clubs are shaping up

Haynes was most recently with the University of British Columbia where he started all 21 of the Thunderbirds’ 2019 matches – right up to their sixth-placed finish at the U SPORTS National Championship in Montreal.

During the summers off from school, Haynes played with several Canadian clubs including Vaughan Azzurri, and PDL side Vancouver TSS Rovers. His most successful season came in 2018 with Calgary Foothills, winning the PDL Championship alongside current CPLers players Nico Pasquotti, Marco Carducci, and Dominick Zator.

“Jordan’s experience in university and in the professional environment make him a great addition to our backline,” said Pacific CEO Rob Friend in a media release.

A Canadian youth international, Haynes has made a total of 11 appearances at under-17 and under-20 level, and played at the 2013 FIFA U-17 World Cup in the United Arab Emirates.