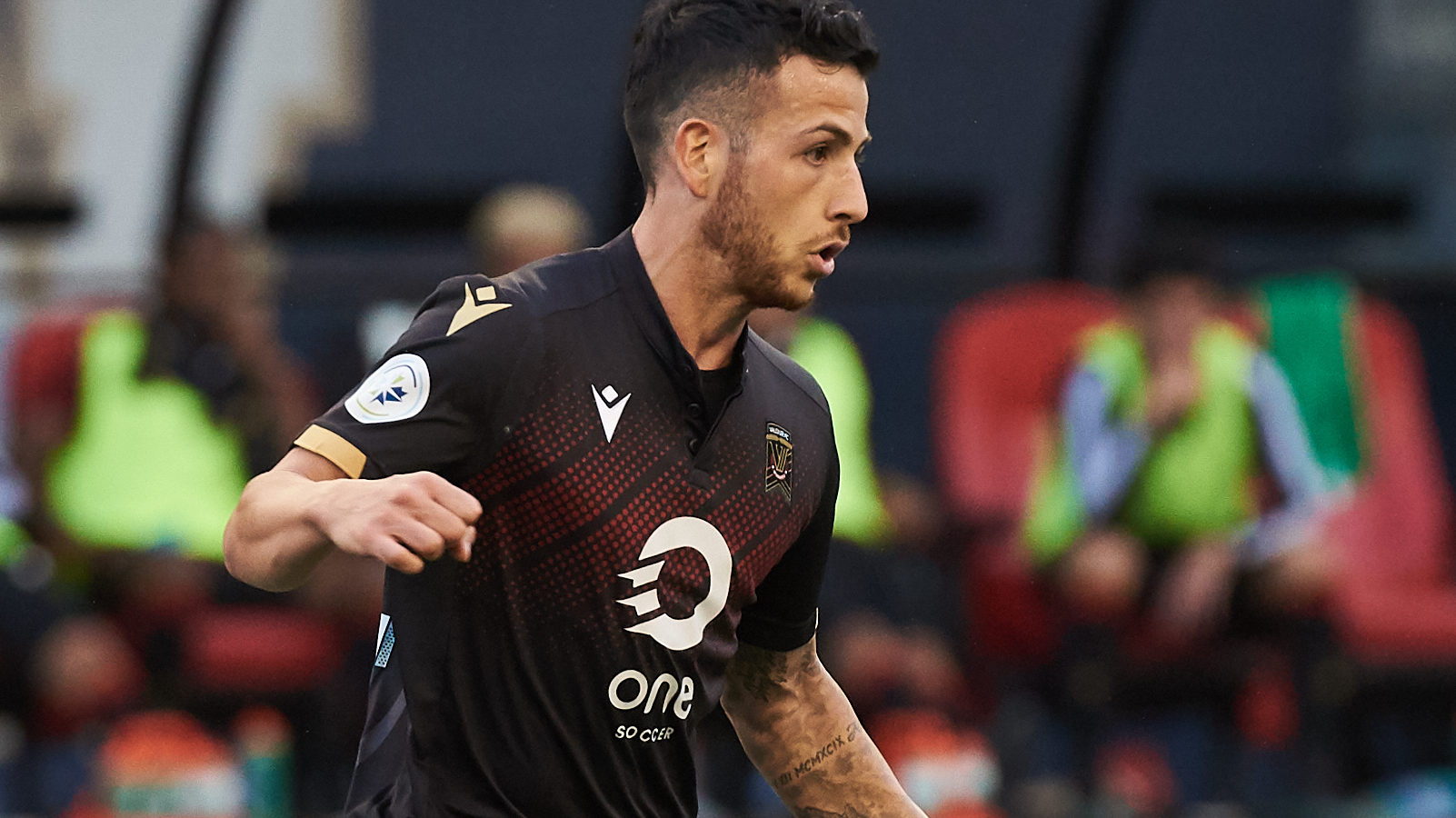 The tactics of soccer are not a static field of study; rather, they’re a living, evolving organism that seems to change every year.

That’s why, despite being kept from the training pitch right now, Pacific FC has had no time to waste in developing a tactical vision under new coach Pa-Modou Kah.

Striker things such as, presumably, scoring goals — which Pacific didn’t do quite often enough in 2019. That’s part of the reason they brought in Bustos, who has a propensity for doing things like this in contributing eight goals and three assists in all competitions for Valour FC last year.

Kah and Bustos have worked together (and played together) before, and so the former has a comprehensive vision for how to get the best out of the 23-year-old. Bustos has been a versatile player throughout his career, but a lot of his professional playing time has been in an attacking midfield role, often as a traditional number 10.

“Where the coaching staff sees me is on the right side, having a bit of a free role. A role that I can create lots of opportunities for myself and my teammates,” Bustos explained.

“That’s the way I’ll be most effective, from the right, drifting inside, getting in behind. I’m naturally a player that knows how to create space in the middle of the field, but I’m still learning to create space from a position out wide.”

The wing is a position Bustos was familiar with last season at Valour, as he deputized in every part of a front three. Coach Rob Gale experimented with a revolving door of formations, trying to find the best way to combine Bustos, Michael Petrasso, Dylan Carreiro, Tyler Attardo, and eventually Michele Paolucci. They never quite nailed it down consistently, but the Valour attack was still frightening at times.

Now, coming to Pacific with perhaps a more defined image of how he fits, Bustos is keen to improve his game with a… well… wider arsenal of talents.

“Teams aren’t really playing with a true number 10 anymore, it’s a position on the field that’s fading away slowly,” Bustos offered. “So having to adapt to that, I think adding playing from the right side will be a huge add to my game, not only for the present but for the future as well.”

He makes a good point. Liverpool is a good example from the world of football; Jurgen Klopp’s champions-in-waiting dominate without a defined central playmaker, opting instead for an attack run from the flanks, with players such as Mohamed Salah and Trent Alexander-Arnold.

Kah will have an interesting dilemma in setting up his squad this year; he has two excellent wingers, in Bustos and Victor Blasco, but he also has a pair of un-droppable centre-forwards, in Terran Campbell and newcomer Alejandro Díaz.

That, however, is a problem for later. Objective number one, of course, is for Kah to turn the ship at Pacific in the direction he wants, by instilling his footballing philosophy. According to Bustos, Kah set a tone pretty definitively in their early training sessions.

“He’s instilled his philosophy from day one,” Bustos said of his new gaffer. “He’s big on hard work, I think he set the standard from day one and he’s chosen a leadership group to help set that standard.”

He added, though, that being away from the training pitch is no excuse for that standard to falter.

“With everything going on now, it’s a test of mental strength,” Bustos admitted.

If they can pass such a test, Pacific will be a must-watch side once the CPL season begins.