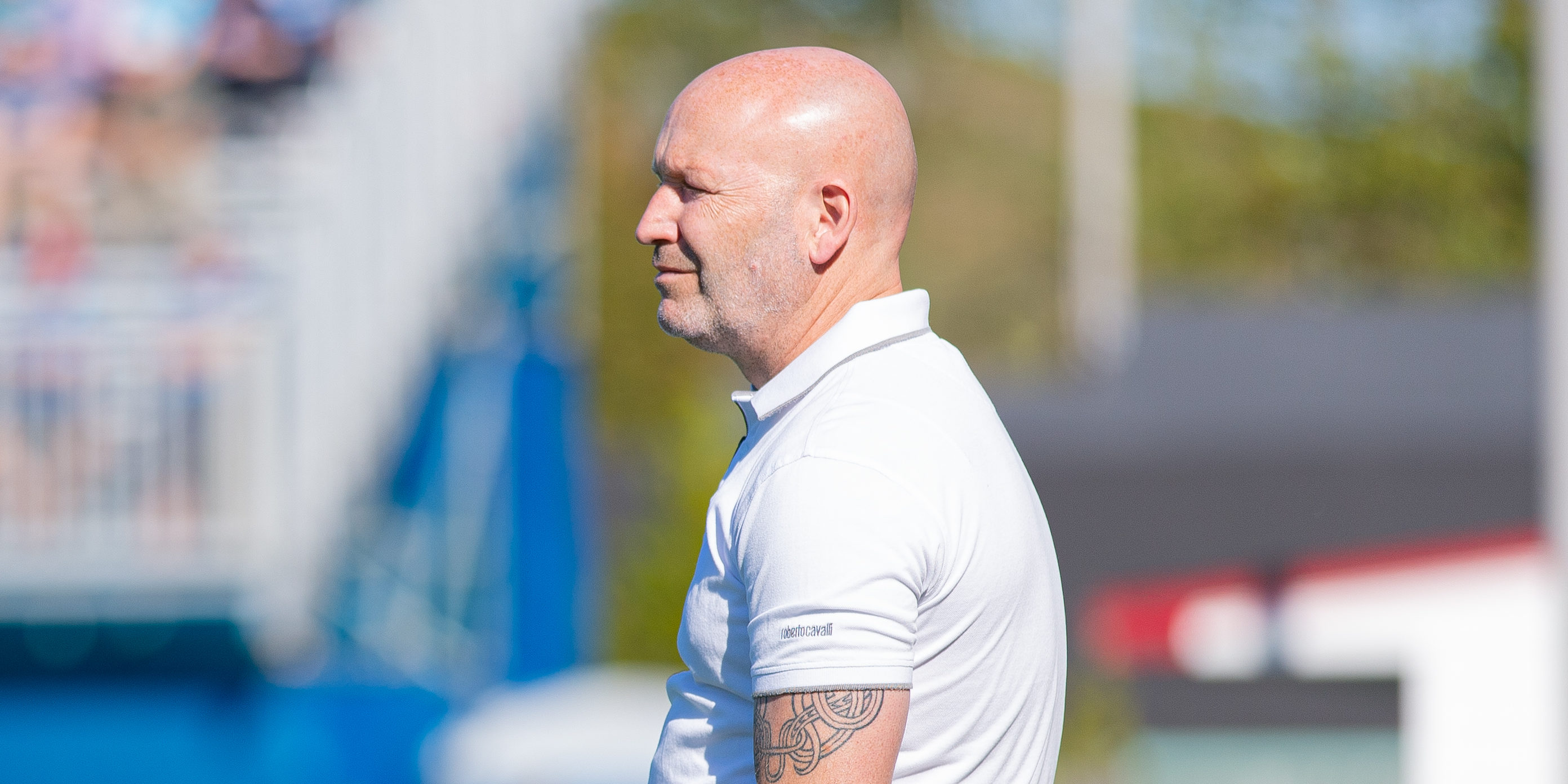 Jeff Paulus caused a stir across Canadian soccer this week, announcing on Monday that he’ll be stepping down as head coach of FC Edmonton, continuing on as Manager of Player Development on top of the new Technical Director role he’s accepted with amateur club Edmonton Scottish.

The move wasn’t necessarily a shock — Paulus himself said during The Island Games that he felt the Eddies could use a new voice on the touchline after losing six of seven matches.

Still, it was major news, prompting an outpouring of support and well-wishes for Paulus on social media from anyone who’s interacted with him in the CPL.

In the wake of the announcement, Paulus sat down with CanPL.ca to discuss what went into such a decision. He also helped break down the Eddies’ Island Games experience (look for that post-mortem at CanPL.ca later this week), but he primarily wanted to shed light on what the future holds for him and FC Edmonton.

“I feel very much at peace today,” Paulus said.

The longtime Eddies stalwart, who spent nine years as an assistant and academy coach at the club beginning in its NASL days, revealed that he only broke the news to his players the same day he made it public, with the club still training in Edmonton since their return from PEI.

“(Monday) was obviously tough, I let the players know just before it came out publicly,” he said.

“There’s a couple players here that have been with me since 2010. Edem Mortotsi and Allan Zebie have been with me a long time, and to get phone calls from them and just talk about the very beginnings of it… Edem Mortotsi reminded me of a story of when I brought him to (Northern Alberta Institute of Technology), which is the college I was at before I started here. I went and picked him up, I took him for lunch, and then I brought him to get his registration done.

“Those were emotional, those were hard phone calls for me actually with those two.”

Paulus added that he’s kept the club in training the past two weeks while finalizing his future plans, primarily to give the players somewhere to play for as long as possible with a long off-season ahead. They’ll continue on the pitch until the end of October.

“Even after (Monday)’s announcement I still went to the training pitch and watched them train, them and our U20s,” Paulus said. “It was nice to see everybody as well, so it’s not just all this stuff electronically as we’re used to.”

With the Eddies currently without a coach, Paulus will continue to oversee a few administrative duties in the transitional period, ensuring that it’ll be a smooth beginning for whoever does ultimately come on as the new manager.

“I love the club, and I would hate for another manager to come in and have to start from scratch,” he said, insisting he doesn’t want the new coach to be in a similar position to Atlético Ottawa’s Mista, forced to build a new team from the ground up.

On top of that, Paulus will be helping the FCE staff with player analysis and evaluation, both for the first team and the under-20 program. His full-time work, though, will be with Edmonton Scottish.

Thank you @kevinpoissant and @scottishunited for giving me this opportunity to join your incredible staff and club. I hope to be able to contribute towards this incredible project of yours and the amazing work you are already doing in player development and changing the landscape https://t.co/dPCIiKg9DY

Having previously built the Eddies’ academy, Paulus said he’ll be leaning on that expertise in helping push the Scottish program forward. It seems that his involvement with the club might’ve been in the works for a while, with a number of people there already very familiar with Paulus, particularly executive director Kevin Poissant.

“Him and I shared ideas probably 15 years ago on what player development in this country can look like, at least in this city,” Paulus shared. “We had a belief on doing things the right way, and had a real plan to develop players, not just by chance.

“I have thought about if head coaching right now is the right place for me to be, or if I’m maybe more suited at the moment in trying to get players to this level.”

As for what’s in store for FC Edmonton, Paulus assured fans they need not worry. It’s not his decision to make, but he’s confident that a more experienced professional coach will take over from him on the touchline.

“When I said they needed a new voice, I meant that. I think the person that comes in here — if it was me selecting the person to come out and replace me, I would be looking for someone that’s not from this province, honestly,” he admitted.

“A new manager with a new vision, and a new voice, will get the best out of these kids because now they’ve got to go every day, and if they don’t have the best training session, a new manager will punish that because there’s no emotional attachment there, and maybe I’ve not done that enough… Now, they’ve got to work, and they’ve got to impress the new manager to get into that starting lineup on day one. I think that’s gonna create a more competitive environment, and be important for the squad going forward.”

Who might it be, though? Paulus didn’t give any hints, and it sounds like a primary candidate hasn’t yet emerged; it’ll be a thorough process, since the one thing the Eddies have in spades right now is time. Paulus himself, who was a first-time head coach when he took over in 2019 (although he’d worked under Colin Miller as an assistant for the NASL club for years), is hoping for someone to build high from the foundations he’s set.

“There’s a good chance they’re gonna bring someone with much more experience coaching professionally than I had,” Paulus said.

“But the new manager, they’re probably gonna be out-managing me anyhow quite honestly, so I don’t think they’ll need my advice.”