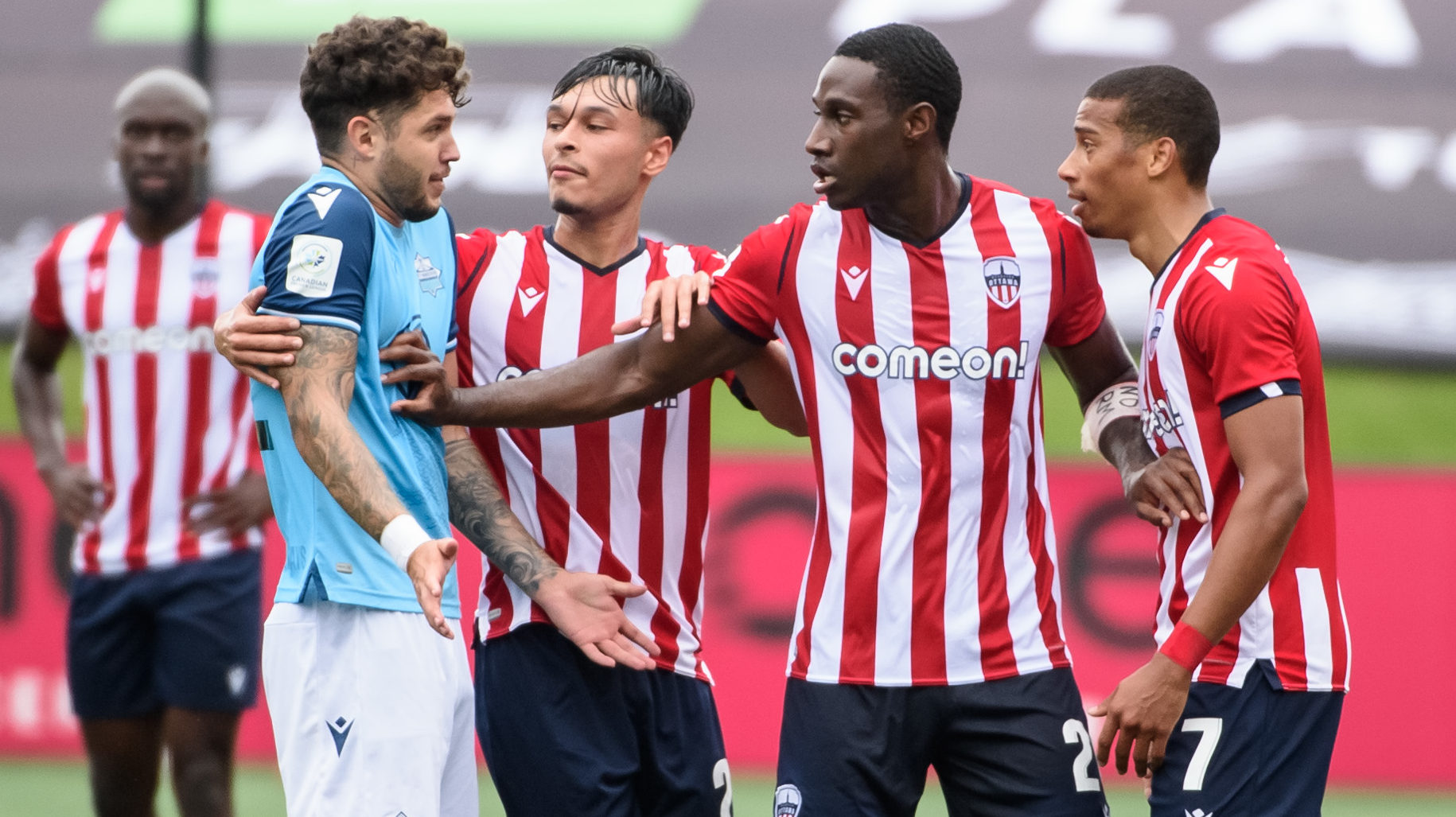 The battle for positioning continues in the nation’s capital this weekend as two familiar foes meet again at TD Place. Atlético Ottawa, for the third time this season, will host HFX Wanderers FC on Saturday as both sides try to get back into the playoff hunt with 12 CPL games remaining.

Ottawa sit at the bottom of the league table as it stands, with a 3-4-9 record and 13 points. They haven’t won in five consecutive matches — although they’ve taken a point from three of those games, and the only team they’ve lost to in that stretch has been Forge FC (who became the first side to beat Ottawa at TD Place on Wednesday night with a 1-0 result). In general, Atlético have been quite solid since beginning to play at home for the first time in club history, but Mista’s side would definitely like to start turning some of these draws into victories.

Mista, Ottawa’s head coach, revealed in his prematch press conference that his side is drawing closer to full health, mentioning that Tevin Shaw, Ben McKendry, and Viti Martínez are all very close to being completely fit.

“(The players) understand perfectly our system, our philosophy,” Mista said. “We need to continue in the same way because I think we’re going the right way. With the results sometimes it’s a little bit frustrating when you create enough chances to win but the victory is not for you, but you need to win and continue working in the same way.”

Five points back of Atleti are the Wanderers, who have their eyes on the playoffs after stringing some good results together. With 18 points, the sixth-place Haligonians are just four behind Valour FC for that coveted fourth spot — plus they have a game in hand. They’ll come into this game well-rested, having not played a midweek fixture, and riding a little bit of confidence after two strong outings at home. Last week, they beat Forge FC with a convincing 2-0 result at Wanderers Grounds, which they followed up on Labour Day Monday with perhaps the most entertaining game of the season so far — a 3-3 draw with York United which saw them come back from 2-0 down, then score another equalizer deep in stoppage time to salvage a point.

These two sides have already met three times in 2021, twice in Ottawa and once in Halifax. All three have been close-fought affairs; in the Wanderers’ home opener on August 2, the hosts came back from 1-0 down to pull out a 2-1 win in the pouring rain. Two weeks later, Atlético returned the favour, erasing an early deficit and scoring an 87th-minute winner in their own home opener. Most recently, the two foes played to a thrilling 2-2 draw at TD Place, where Ottawa’s Malcolm Shaw scored from the penalty spot to grab a point for the hosts.

“You’ve played each other so much, you sort of know what to expect,” Wanderers gaffer Stephen Hart said of his opponent. “No real surprises being thrown at you. It becomes a little bit difficult to come up with something a little bit different, maybe a different look or a different shape. There’s certainly a lot of familiarity.”

“Football’s a strange game. It’s a lie, really. You can play well and lose, and you can play poorly and win.” — HFX Wanderers coach Stephen Hart