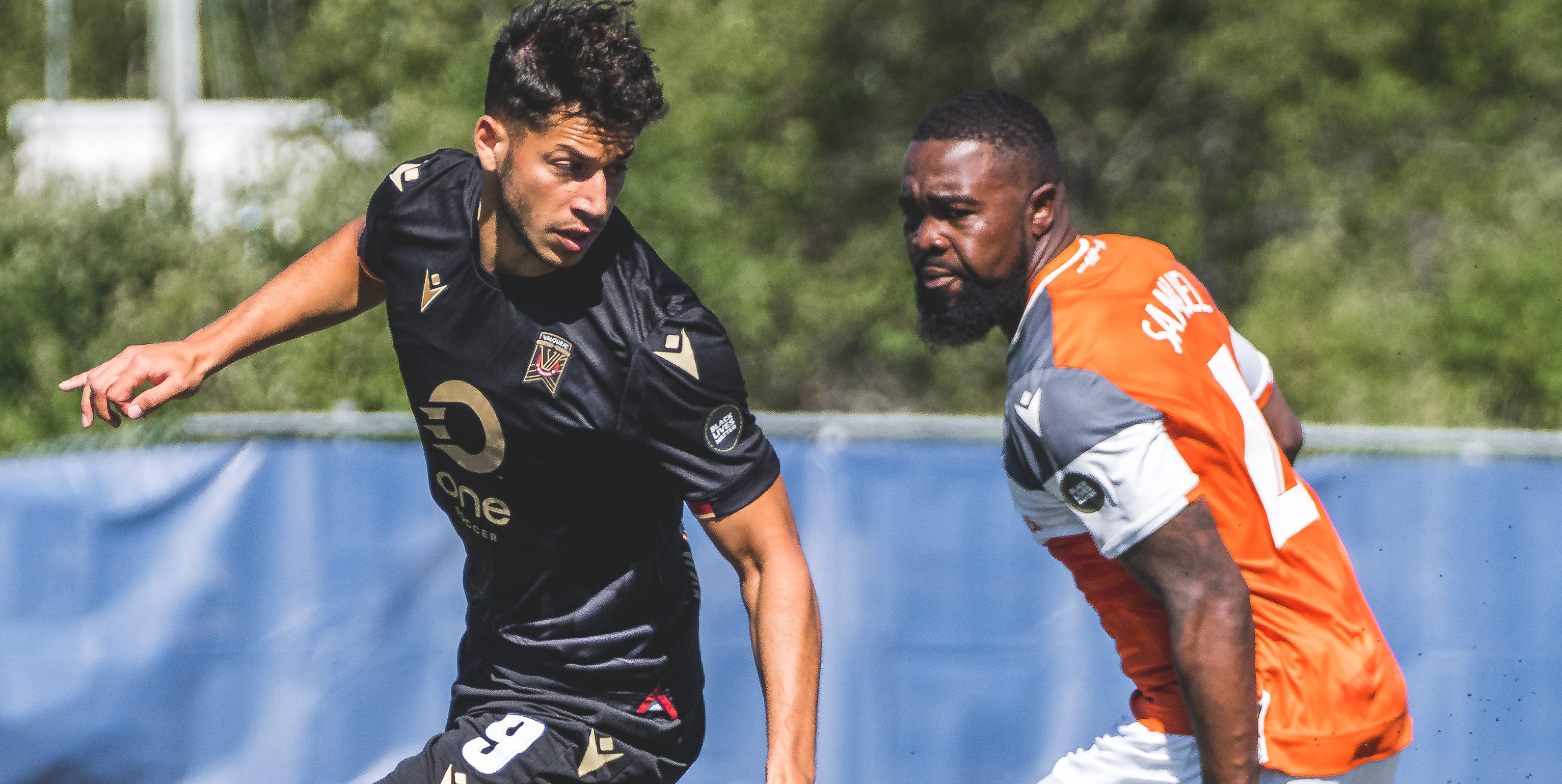 The hometown team against the two-time Canadian Premier League champs.

Valour FC and Forge FC face off in the third installment of an opening weekend quadruple-header at The Kickoff in Winnipeg on Sunday. Their most recent matchup came last year during the Island Games where the two sides played a 2-2 draw — the first point Rob Gale’s group has taken from the Hammers in six meetings.

Forge looks a slightly different squad from the one who were crowned in 2020 with key subtractions such as David Edgar — now serving as an assistant coach — and Anthony Novak, who headed west to join Cavalry. To help fill the voids, Dejan Jakovic joins from LAFC, bringing with him an abundance of professional experience while a flurry of intriguing options also join the attack headlined by former Montreal Impact forward Omar Browne and 2019 Player of the Year Tristan Borges, returning on loan from Belgium.

With both the shortest preseason and shortest offseason (thanks to their run in Concacaf league play) of any CPL team, coach Bobby Smyrniotis recognizes the physical challenges Forge will face to start the year. Modifications in the early going may be required but Smyrniotis is ensuring his group is ready to go from an organizational standpoint for their opener, in an effort to manage the fitness hurdles they’ll have to clear as they find their feet in Winnipeg.

“We have to be smart about how we do things,” Smyrniotis told reporters on Friday. “If we think that a team may be a little bit more physically prepared than us, then tactically we have to be very much well prepared in what we’re going to do on the field and I think that’s the one biggest thing we’ve focused on.”

For Valour, there’s been a little more structure to the buildup of the season as the team will play host to the rest of the league at IG Field. The so-called ‘home field advantage’ may not be as big a factor as some anticipated however, as the Manitoba-based outfit has rotated training locations and is confined to a hotel just like the other seven clubs. While Gale looks forward to the test, he’s aware Sunday’s version of the champions might not see them at top speed given the circumstances.

“If I’m truly honest, with just the shortened preseason and everything that’s gone on, it’s been difficult for both teams to get going,” Gale said in his pre-match press conference. “There’s a lot of a different feel to it but it’ll be a good matchup.”

Although Gale has done well to bring in reinforcements, largely through means of loan spells, the narrative surrounding Forge’s preparation for the season (or lack thereof) and the ensuing storylines heading into the weekend may be slightly exaggerated in the eyes of the Valour coach.

“We’ll see what turns up (for Forge) on Sunday… we can only play the two times defending champs, so we’ll see how we do.”

“Let’s face it, training, no training, we all want to play games… that’s where we see what works, what doesn’t, what our opponents look like and we’re looking forward to it.” — Bobby Smyrniotis, Forge FC coach

“We’re praising Forge and fair play to them, they’ve got it done and they’re the team to beat, so what a perfect start.” — Rob Gale, Valour FC coach