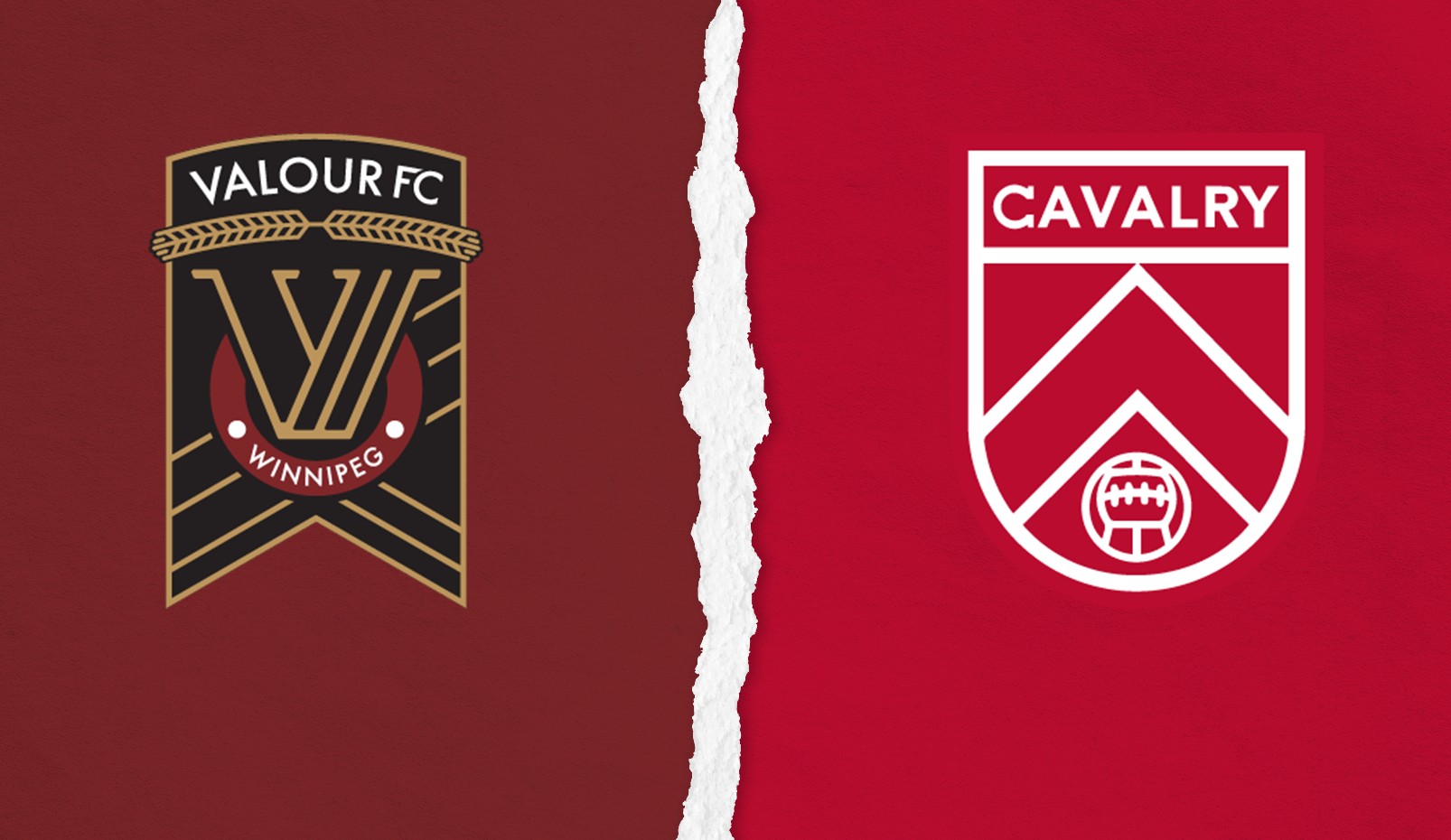 Cavalry FC find themselves with a chance to ascend to the top of the table on Wednesday night in the Canadian Premier League, as they travel to Winnipeg for a weeknight clash with Valour FC.

Tommy Wheeldon Jr.’s Calgary side enter this as one of the most in-form teams in the CPL right now, having won three in a row and gone unbeaten in their last six league matches — a run that earned Wheeldon the league’s Manager of the Month nod for May, with four wins and a draw in the month.

As it stands, the Cavs are third in the league table on 17 points, just one behind Pacific FC and Atlético Ottawa with a much better +5 goal differential — plus games in hand.

This return to the pitch for Cavalry comes just a few days after a weekend home game on Saturday, in which Aribim Pepple’s goal just after halftime secured a 1-0 victory for his side — the second time in a row that Pepple has broken a 0-0 deadlock to win the game for Cavalry, having done so the prior weekend at York United as well.

“When you’ve got three number nines like Joe Mason, Myer Bevan, and Aribim Pepple that are scoring goals, it makes us coaches’ jobs easier now,” Wheeldon said on Tuesday. “We’ve also got number 10s like Ali Musse and Sergio Camargo, they’re chomping at the bit to get more of a run of games… I think there’s some nice balance in our side which allows us to plug and play and not miss a beat.”

Valour, meanwhile, seek their first win since May 15 against York. They’ve lost two and drawn two since then, including most recently a 1-1 result against FC Edmonton last Sunday where a 94th-minute goal from William Akio saved a point for the Winnipeg club at the very end.

Phil Dos Santos’ side remain just outside the top four at the moment, with a 2-4-3 record from nine games and 10 points to put them sixth in the standings. They’ll be very keen to return to winning ways at home, where they have just one win from four attempts so far in 2022.

Valour may have a slight issue with squad selection in midfield for this match, with Diego Gutierrez suspended and Matthew Catavolo on international duty with Canada’s U-20s — not to mention recent signing Kevin Rendón, who is not yet available. Defender Andrew Jean-Baptiste is also away on national team duty with Haiti at the moment, leaving Valour further shorthanded.

Head coach Dos Santos told CanPL.ca this week that it’s likely Brett Levis will play in midfield for this one, though he’ll otherwise do his best to keep the rest of his lineup consistent.

These sides have met once already this year, back on May 21 when Valour travelled to Spruce Meadows. That contest ended up going Cavalry’s way, though for much of the 90 minutes it felt like it was destined for a 0-0 draw. Instead, the drama mounted in the closing stages, as Myer Bevan put Cavalry ahead in the 85th minute — only for Stefan Cebara to equalize three minutes later. At last, though, it was Elijah Adekugbe who won the game for the hosts with a goal two minutes into stoppage time for a 2-1 result.

Historically, Cavalry have had the upper hand in fixtures between these teams, with seven wins from 11 meetings. Valour’s one win, though, came late in 2021, in a thrilling 4-2 result away from home that kept their playoff hopes alive at the time.

Whether the Cavs continue to roll, or Valour find their way back into the win column, this tie is sure to be a fascinating one between two sides replete with attacking talent.

“Finding that way to accelerate the play a bit more, play at a higher energy and dictate the tempo as opposed to just accepting the tempo of the opposition, for us that’s the next level. That’s where we want to be; I think that’s going to bring stability and consistency to our game.” — Valour FC head coach Phil Dos Santos

“You’ve got to be prepared; will they be fresh or rusty? We’ve got to manage games, and I think we’ve been very good at understanding what the game’s saying to us and adapting to that… We have an idea of how we want to play and the and the principles we want to enforce on them, but also if that’s not working we have another element to us that we can adapt accordingly.” — Cavalry FC head coach Tommy Wheeldon Jr.