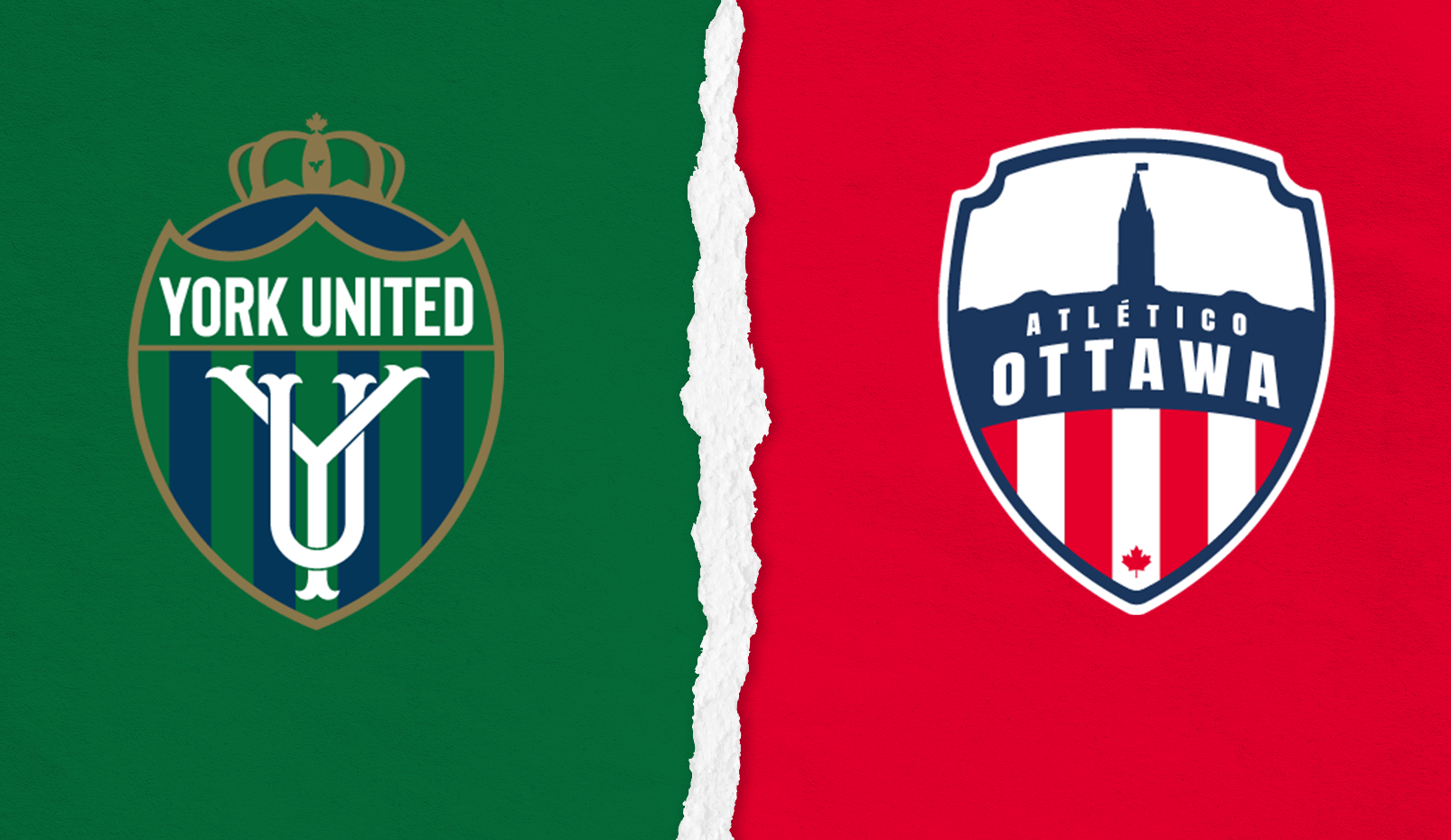 York United are back home this Sunday to close out the CPL’s weekend slate of matches, as Atlético Ottawa take a trip down the 401 (and 416) to play their fellow Ontarians.

Martin Nash and the Nine Stripes return to York Lions Stadium in better spirits than they last left their home ground, having finally halted their winless skid at 10 games. After losing 4-2 to Pacific last Friday night, York was in Calgary on Tuesday, as they produced a gutsy 1-0 win over the league leaders Cavalry FC thanks to Osaze De Rosario’s first-half goal.

“We know we can beat the top teams,” said York United head coach Martin Nash. “Now we just have to beat the teams around us. We have another game this weekend against a top team, it is not going to be easy, but if we put in the effort in we did against Cavalry we will have a good chance of winning.”

York will definitely be hoping their disappointing run of form is over, but there’s still quite a mountain for them to climb if they want to contend for a playoff spot. As it stands, York sits seventh in the league with a 3-5-8 record and 14 points, which puts them nine points back of Forge FC for fourth place.

Squad selection also isn’t getting any easier for head coach Nash, as Jordan Wilson is suspended once again for his red card against Cavalry — as is Isaiah Johnston, who will miss two games after picking up his eighth caution of the season.

The picture is a little rosier for Ottawa, who entered the weekend in second place. Their 7-5-3 record puts them on 26 points, just two behind Cavalry before the latter’s Friday night match with Pacific. Carlos González and co. are unbeaten in their last four games now, as they continue to keep pace with the pack at the top of the table.

Atleti’s last outing was on Wednesday, when they hosted Valour FC at TD Place. Both sides scored a penalty kick in the first 15 minutes (Vladimir Moragrega equalizing for Ottawa after Moses Dyer briefly put Valour ahead), and that would be it as the teams played out a 1-1 draw.

Games between these two foes have historically been extremely tight, with seven out of eight past meetings ending in split points. Only York has managed to win in this fixture, having beaten Ottawa once in a league match — a 2-0 triumph last September. York also defeated Ottawa in a penalty shootout earlier this year in the Canadian Championship after the tie ended 1-1 after 90 minutes.

After beating Forge earlier this month, York remains the only side that Atlético Ottawa has not yet defeated. In a season where they have made plenty of club history, they will be looking to do so again on Sunday.

“The reality is that they are three important points because we feel that York is also a team that is going to be fighting for things until the end of the season,” said Atlético Ottawa head coach Carlos González. “Also it is an important game for us because we want to leave our dynamic of ties and start to win again and be on the top of the league.”

Last time out, the two sides played to a 0-0 draw at TD Place, in a match where both teams saw a man sent off in the last 10 minutes — Drew Beckie for Ottawa and Cédric Toussaint for York. Both managers will definitely hope there’s more to separate his side from the other this time around, though.

“They are always cagey, difficult matches. Both teams are intense and over the season have been good defensively so I think it will be a whatever team wants it more type of match.” — York United FC head coach Martin Nash

“Fourth time we play against York this season, quite similar games the other three. So the reality is that I am not expecting a very, very different game. I think that York are a very solid team, a compact team also, a tough team to beat, because we haven’t beat them [yet].” — Atlético Ottawa head coach Carlos González