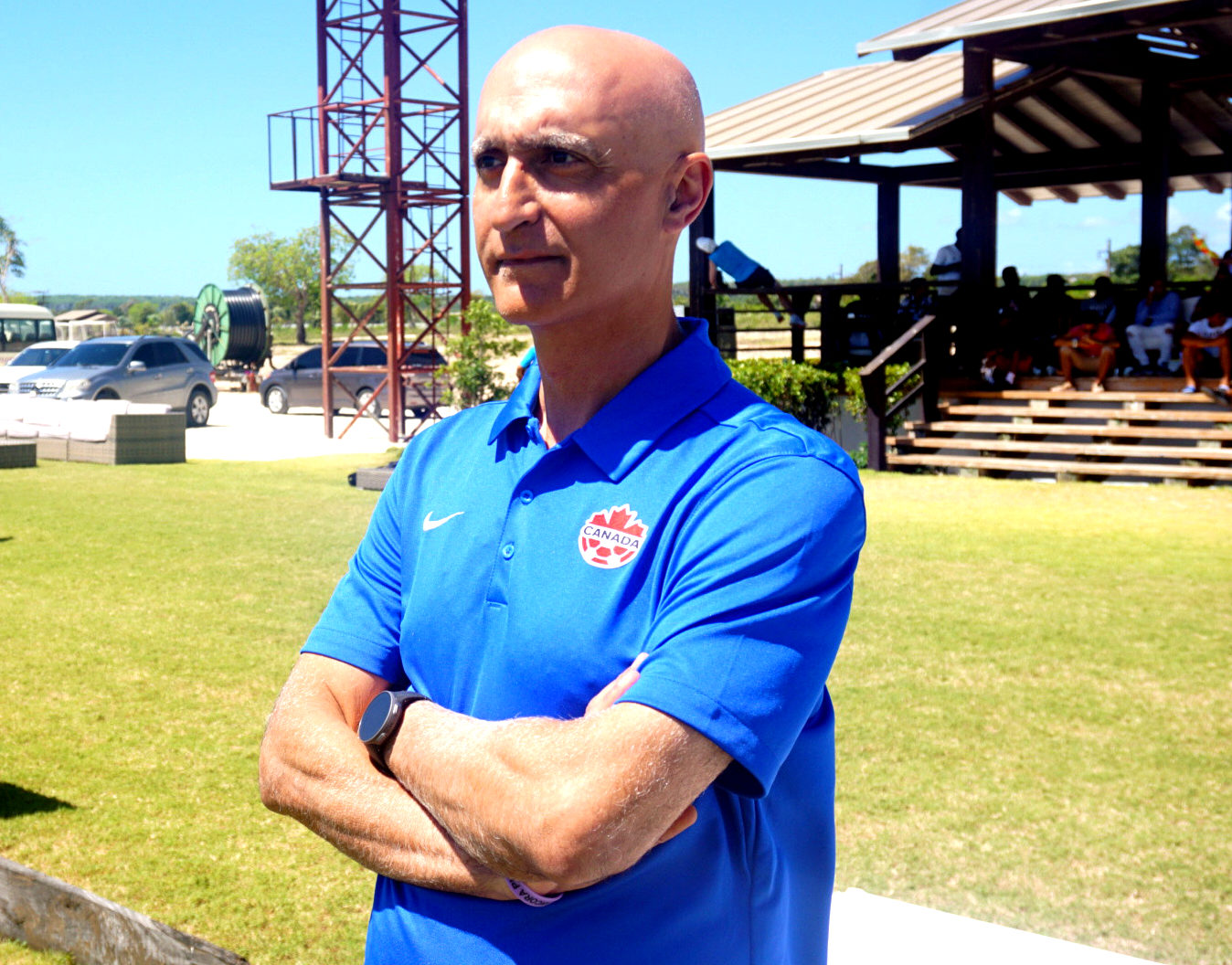 Players get those meaningful minutes they need to enter a regular season fit and ready to fight; coaches formulate ideas and lineups and take note of their opposition; trainers and club staff take care of their squads, establishing good habits for later down the line; league staff facilitate and gather information.

But among those few who have made Punta Cana home over these last two weeks are a group of Canadian referees, who are also getting back into shape and into the rhythm of their craft through this pre-season saunter down south.

Isaac Raymond, manager of Canada’s referee department, was on location, and took some time to speak with CanPL.ca about his group’s new outlook for 2019 and beyond.

Armen Bedakian, CanPL.ca: As we approach April 27, our Canadian referees are also gearing up for a new opportunity of their own – What’s the mood like among the referees who will be taking part in the inaugural Canadian Premier League season?

Isaac Raymond: I think it’s pretty safe to say that referees get the same opportunities out of this league that the players and the coaches are going to get – much more high-profile games. They’re pretty excited to be here and start the process with these teams.

Bedakian: Part of building an economy of soccer in Canada is providing more opportunities to all; how will the CPL help your referees – all referees in Canada, really – develop and improve?

Raymond: Well, many of the referees have already refereed professional soccer, but the volume of games that they are now going to referee is going to bring a trickle-down effect through the provinces to create more demands at all the different levels. You need that, of course, to referee frequently at higher levels, so that’s the big difference.

Every country wants its own professional league so it can control the destiny of its own players, coaches, and referees. In this case, of course, the referees are governed by Canada Soccer and their development is evaluated through their performances in their own domestic professional league. They can do that in MLS, but there are very few opportunities for Canadians in MLS. In this case, all of our referees will have an opportunity to showcase themselves week-in and week-out.

Bedakian: Refereeing starts at the grassroots and works its way all the way to the biggest stage, but what is the process like for a new referee to one day reach a World Cup, and where does the CPL fit into that picture?

Raymond: Well, frankly, it’s not much different than it is for the players; local referees start refereeing in their districts, and as they’re identified and as they develop, they’ll move up at various stages from district to regional to provincial status. Once they’re at the provincial status, the elite performers are identified by the national program.

Bedakian: The opportunity provided by the CPL allows referees to develop, but does it also help to have a proving ground of sorts to implement new initiatives?

Raymond: Traditionally, our professional game has been connected to the leagues in the U.S. and they govern how the game is played ostensibly. This way, it’s much more different. This way, we are involved with the development of this league, just by the fact that we’re down here with these teams. Yes, referees are going make mistakes and they can make those mistakes down here, but the other side of it is that because it’s ‘our league,’ those referees are working with the players and the coaches, on and off the field, to develop relationships, which makes any mistake made easier to accept.

Every match is assessed. We have a national assessor at every game, and the referees receive coaching and development points and evaluation, and the referees are ranked at the end of the season as a result of those tests.

Bedakian: We’ve had many different referees officiate pre-season matches over the last week or so; what’s been your impression from what you’ve seen thus far?

Raymond: I’m pretty happy with what I’ve seen so far, not just from the referees, who I think have done a really good job, but the teams seem to have accepted the referees. A lot of the referees are familiar to them anyways, to the ones who were already professional players, but there’s been some good congeniality between the referees and the teams off the field, which is nice to see. It helps when the game starts and emotions kick in. Our guys are mostly in their own off-season, so they’re doing exactly what the players are doing; they’re getting up to speed, getting minutes, getting fit, and coming out of a long, cold winter.

Bedakian: To that point, what does a pre-season training regimen look like for referees?

Raymond: It’s much like the players. Our referees train five to six (days) a week, whether it’s doing normal cardio work or at the gym.

Most of the referees are on rigorous training programs, so they’re training hard through the off-season. They are finding exhibition games locally, and we’ve just had our national referee camp in Florida in February, where I brought the entire program together with top instructors and assessors. They got a lot of information and training on and off the field. That’s how we get our season started.

Bedakian: Finally, big picture stuff – the players have the 2026 World Cup in mind, but is that something your referees are also looking toward as they continue to work and grow and develop, now alongside the CPL?

Raymond: Absolutely. They are no different than the players. They have the same kind of goals. The domestic World Cup is obviously thrilling, but any World Cup is a great thing to be a part of. But to be able to stand out on the field in your own country really should be the pinnacle of your career.