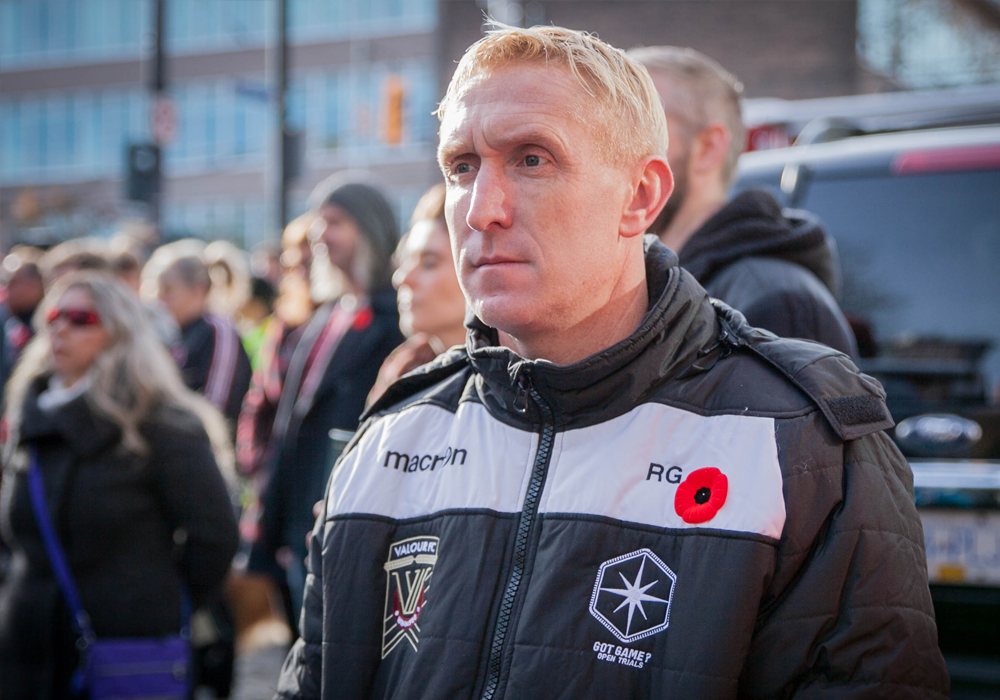 TORONTO – Pine Street by history, Valour Road by virtue, no matter the name given to what was, once upon a time, an unassuming street in the city of Winnipeg, the story of three brave Canadian soldiers resonates, still, within its confines.

On this day of remembrance, Canadians across the country observe in humble respect those acts of courage that the men and women who laid down their lives offered to their home and to their people – and continue to do so, proudly wearing the red maple leaf in service to their country.

In Winnipeg, no story holds more weight than that of Corporal Leo Clarke, Sergeant-Major Frederick William Hall, and Lieutenant Robert Shankland. The three Canadian soldiers, united in origins on Pine Street, distinguished themselves in World War I through their acts of bravery and valour, and were awarded the Victoria Cross for their heroism.

Today, the three are memorialized on Valour Road, the street from which Canadian Premier League outfit Valour FC derives its name, once called Pine Street and renamed in 1925.

For Valour FC head coach Rob Gale, the history and the significance of the trio’s sacrifice won’t be lost within the club.

“It’s a sad story in some ways, with two of the fallen soldiers never actually making it back to Canadian soil, but it’s one of great heroism and bravery and it’s something that deserves the honour and respect it receives,” Gale told CanPL.ca.

“Hopefully we can add to that with our name and how we remember that going forward.”

The English-Canadian manager also hopes the connection to Valour Road can make Valour FC feel like a part of the community it represents, an example of “one of the many reasons” the club can show they are “proud to be Winnipeggers.” Already, Gale is planning to weave this history into the culture of his team.

Gale is, however, cognizant of the respect that such a connection warrants, making it clear his club does not wish to trivialize or make a caricature of Canadian history and the toll it exacted.

“For us, I’ve said this before, you can never compare sport to the horrors of war,” Gale said. “The bravery in battle and the courage, for valour, the imagery and emotion that it stirs, is something you can tap into, with the respect that it deserves as the reason we’re living this lifestyle and the reason we have these opportunities we have.

“We’re very blessed to be doing a job we love to do,” he continued. “For me, Canada’s the greatest country in the world to live in, and without the sacrifices and the history of the fallen men and women – and the people who continue to protect and serve us today – we wouldn’t have these opportunities.

“We certainly want to recognize that and count our blessings on a daily basis that we’re doing something we love, and then go out and make sure that we seize the day and maximize the opportunity that is given to us by the heroes of the past.”