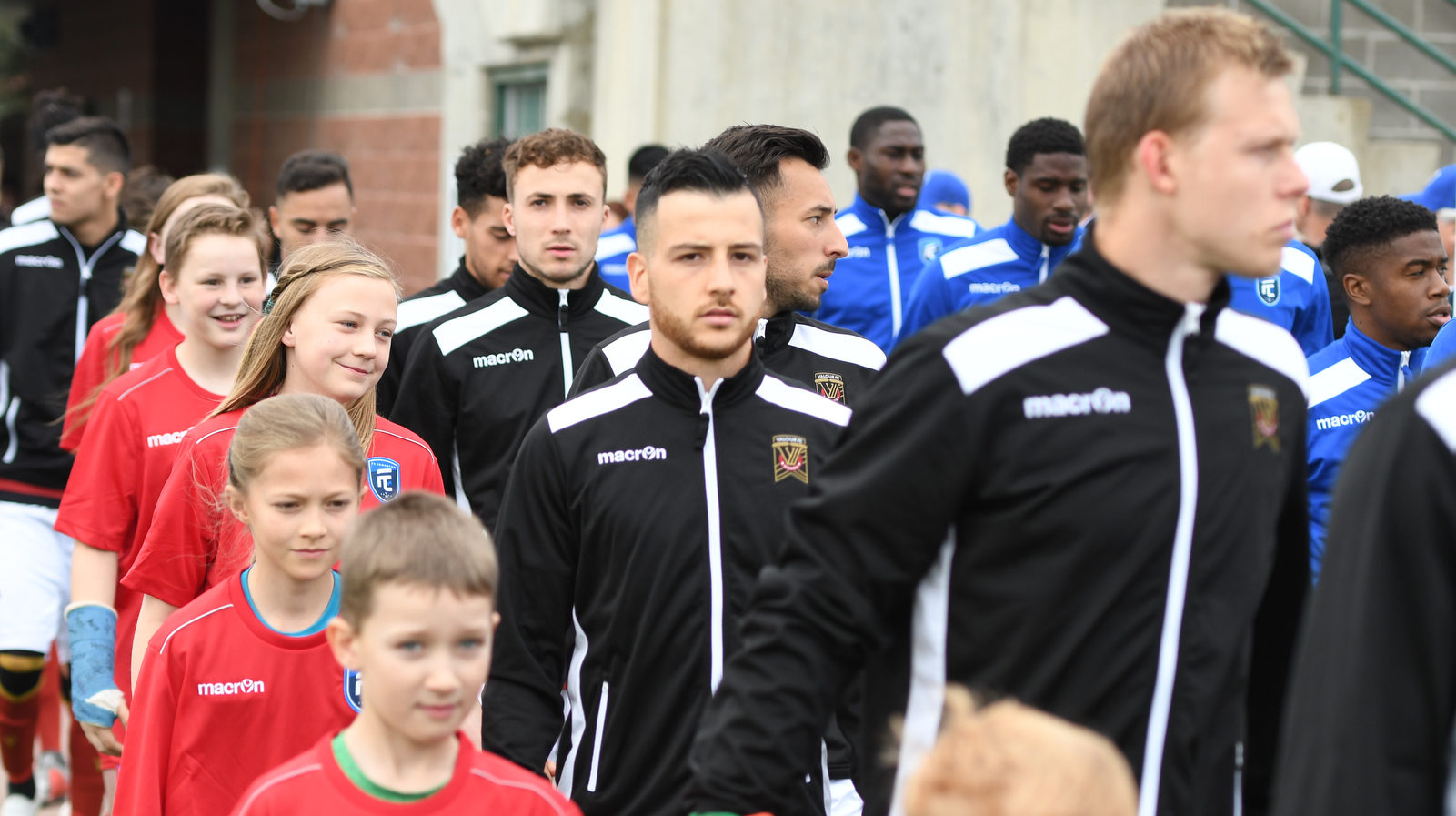 EDMONTON – It’s been less than two months since the Canadian Premier League kicked off, but the league has already dealt with rain, snow, thunderstorms and, now, forest-fire smoke.

On Saturday morning, the decision was made to postpone Valour FC’s visit to FC Edmonton’s Clarke Field. The game was rescheduled for Sunday morning at 10:30 a.m. local time.

Several out-of-control forest fires are currently burning north of Edmonton, and the land covered by flames totals in the hundreds of thousands of acres. These blazes have been releasing heavy, choking smoke that follow the wind patterns. On Thursday, smoke obscured the sun’s light so that the city took on a reddish-orange hue that made it feel like you were walking on Mars.

The Saturday air-quality forecast from Environment Canada was grim, calling for a 10+ on the scale, a 10 being considered very hazardous. At 7, minor leagues are required to stop playing because of the health risks posed to players.

It was still smoky on Saturday, but it didn’t make it to the forecast high. It got to 6, which is still pretty smoky. In fact, FCE’s U-20 team tried to play Saturday, but the match was abandoned after 15 minutes because the conditions were deemed too excessive for the players.

Both Valour FC and FCE backed the decision to move the game.

“At the end of the day, they made the right choice,” said Edmonton coach Jeff Paulus. “The players are the league, and we’ve got to take care of them. It was the right decision, not just for the players, but there would have been families here with young children and babies. There would have been senior citizens here. It’s not a good day for them to be out, either.”

“I think it’s absolutely the right decision by the league and the football club, and I’ve got to give a ton of credit to everyone at FC Edmonton and (FCE general manager) Jay Ball and everyone who was on the call,” said Valour coach Rob Gale.

For Sunday, FCE granted free admission to anyone under 14 and held a free pancake breakfast before the game.

And why 10:30 the next morning? Valour FC has to play Wednesday in the Canadian Championship, and it was important for the team to get home to Winnipeg at a decent time Sunday. And, the Edmonton Eskimos had scheduled their FanFest for neighbouring Commonwealth Stadium for 2 p.m.

Clarke and Commonwealth share a common parking lot. Basically, the Eskimos took over the entire site at 2 p.m., meaning that not only did the soccer game have to be done by that time, but enough buffer time was needed for the changeover.

For people living in Edmonton, who have unfortunately become used to forest-fire smoke blowing over the city, the weekend conditions might not have seemed that harsh. But, in fact, even a 6 air-quality reading would impact pro athletes.

“Maybe for the average Edmontonian, we’ve gone through this for a couple of summers, and maybe you can build up a resistance to this sort of thing,” Paulus said. “You get a bit used to it. But we’ve got players here who aren’t from here, so they’re not used to playing in these conditions. Those are the ones we have to worry about.”

And, if you’re worried about the league needing to adjust the schedule because of the air quality, pause to think about the thousands of Canadians who are being directly affected. There are towns and villages and hamlets that have been evacuated, and many people are sweating over the status of their homes and their communities.

“You’ve got to roll with the punches,” Gale said. “The schedule’s been a bit crazy, so anything it throws at you, we said to the lads you’ve got to deal with it.”

“We got to watch the Champions League final. Tottenham didn’t win, so it’s a good weekend all around,” added Gale, a lifelong Arsenal fan.

Considering that Valour won Sunday’s game 1-0, that’s a bit of a double for Gale.