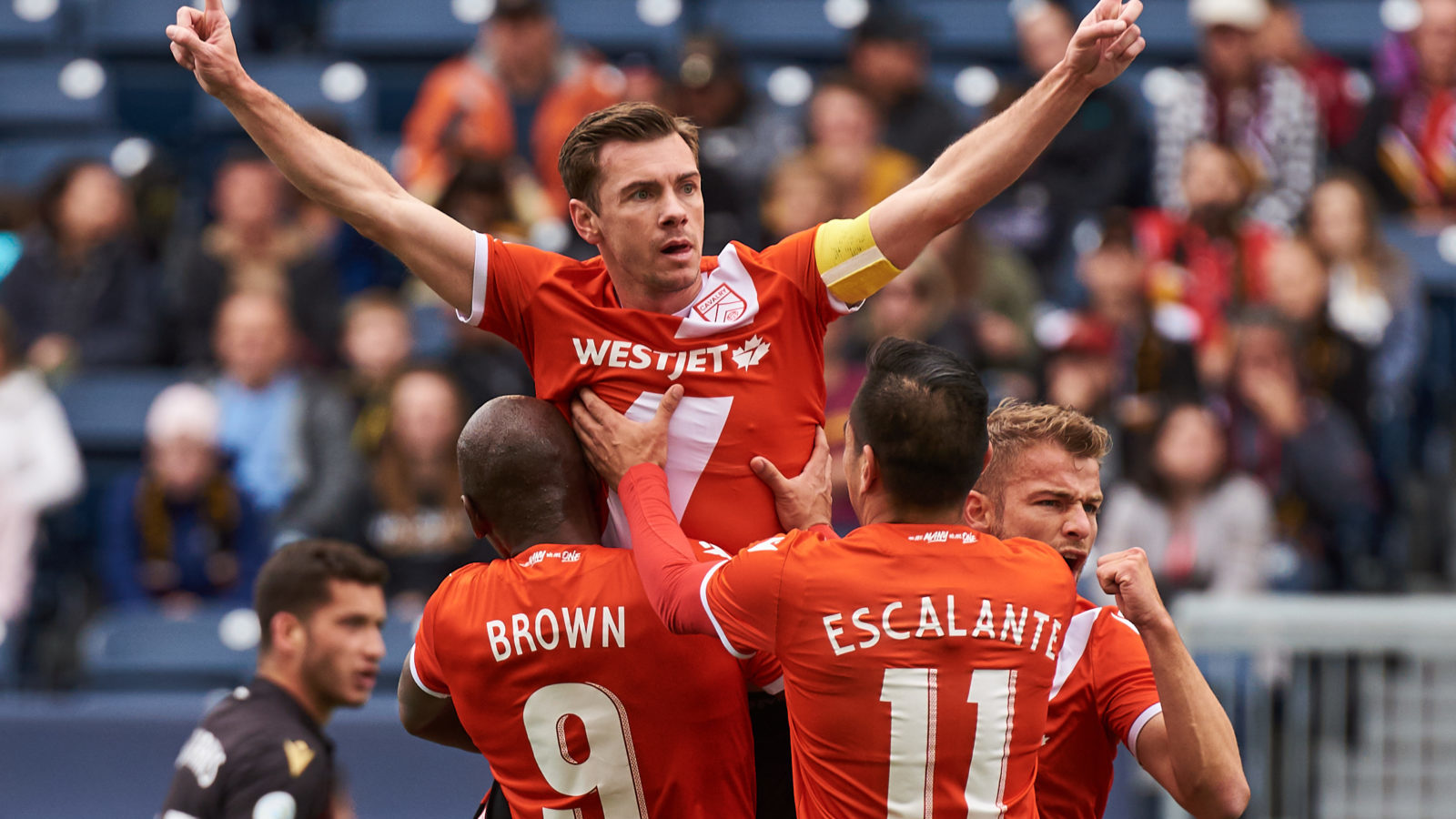 After putting his team through a mid-season fitness test on Wednesday, Cavalry FC coach Tommy Wheeldon Jr. settled in to watch the first leg of the Canadian Championship final on Wednesday night.

Before the match between Toronto FC and the Montreal Impact kicked off, Wheeldon said watching it was going to be a “bittersweet experience.”

His Cavalry side, after beating two Canadian Premier League sides in the qualifying rounds, knocked the Vancouver Whitecaps out of the tournament in the quarter-finals. Then, trailing 2-1 to Montreal after the first leg of the semifinals, Cavalry lost the second leg at home 1-0 at Spruce Meadows. And, yes, of course the team from Calgary has still not got past thinking about what might have been.

“One of our strengths all season has been scoring at home,” Wheeldon said. “And you think if we could have got that one goal at home instead of them, maybe that would be us in the final.”

And he said losing a close game or two-legged series can be a lot tougher on a team that being blown out: “If you lose 3-0 or 8-0, you can kind of shrug and move on. When it’s closer, it can stay with you a bit longer.”

Lose by a lot, and you accept that your team wasn’t at its best, that there was not one single thing that could have changed the outcome. Lose by a little bit, and you’re thinking about one missed marking assignment, a shot that went wide, or that one pass at a key moment that went astray… or maybe a controversial call that went against you.

RELATED READING: How important is it to have balanced scoring in the CPL?

Ask fans of FC Edmonton about twice going out in the semifinals thanks to goals conceded in the 97th minutes of second legs, back in a time when the tournament had just five teams. It’s not something that goes away easily.

But Cavalry’s run to the semifinals did turn some heads, including TFC coach Greg Vanney.

“I thought Calgary had a nice tournament,” Vanney said this week. “They were very organized. They had some good experience on the field and they created a lot of problems for the teams. They were also pretty aggressive with their approach.

“They weren’t just sitting back and absorbing the ‘bigger’ teams; they went after the games. They did a great job. They were an impressive group, in terms of their soccer, and their approach tactically.”

Wheeldon said several people had sent him copies of the quote, and he’s thankful for it.

“It means a lot,” Wheeldon said. “Greg Vanney is someone I have a lot of respect for. He’s won the Canadian Championship, he’s won MLS Cup, he’s achieved a lot of great things with TFC. But it’s not just about us. York9 were within a goal of the Impact (in the quarter-finals). Halifax was very close to having a great comeback against Ottawa.”

And, that raises the question, what does this mean for the 2020 edition of the Canadian Championship? Cavalry, Pacific FC, York9 FC and HFX Wanderers had to start in the first qualifying round, while Forge FC, FC Edmonton and Valour FC were placed in the second qualifying round. Ottawa Fury, as the lone Canadian USL team, entered at the quarter-final stage, as did the MLS Whitecaps and Impact. Toronto FC didn’t have to come in till the semifinals.

But, Cavalry, York9 and HFX all survived longer in the tournament than the Eddies, Forge or Valour. Cavalry then knocked off the Whitecaps.

“So, what will the CSA do next year in terms of seeding?” Wheeldon asked. “And, if you look at it, three of the CPL teams, and we played Pacific in the first round, all went further than the three CPL teams that got byes into the second round.”

Considering that Cavalry made it to the semifinals and the Whitecaps didn’t, should the Whitecaps still get a higher seed in 2020? Should the seeding be eliminated completely? The way the tournament has broken down in 2019, at least in Wheeldon’s mind, suggests that it should not be seeded the same way next season.