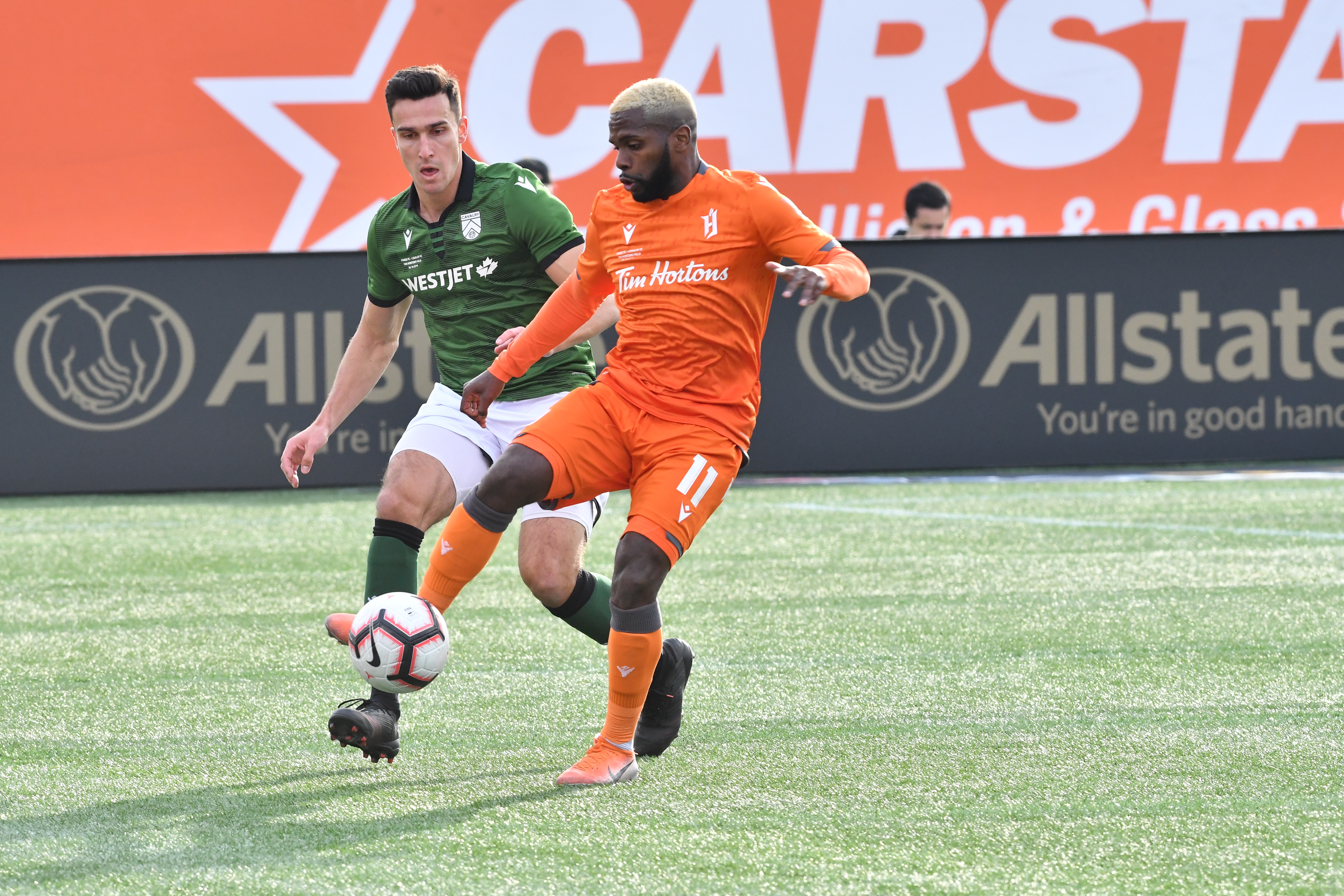 A couple of weeks ago, Cavalry FC coach Tommy Wheeldon Jr. likened his team’s Canadian Premier League campaign to a major golf tournament. Winning the spring season was like leading after the front nine, then the Fall season was like the back nine.

If his team is to finish the treble, it needs to do well on the 18th hole of the final round, which, of course, is the two-legged final against Forge FC (Saturday 3:30 p.m. ET, 1:30 p.m. MT/ available on OneSoccer). But, trailing 1-0 after the first leg, we can say that, instead of hitting the fairway with the drive off the 18th tee at St. Andrews, the Cavalry has pulled the drive into the unforgiving Scottish rough.

But the Cavs still have the chance to save par — and win the tournament. All they need to do is to take care of business in the home leg this Saturday.

If there ever was a blueprint on how to deal with this sort of scenario, it was drawn up back in 1989. Arsenal trailed Liverpool by three points and on goal difference heading into the final weekend of the English season (this was before there was a Premier League). So, not only did Arsenal need to win at Anfield, the Gunners needed a margin of two goals or better. A one-nil to the Arsenal was not going to cut it.

So what did Arsenal manager George Graham do? Went with an all-out attacking lineup, right? Just the opposite. He started three centre-backs — Tony Adams, Nigel Winterburn and Steve Bould. He bolstered the backline in a game in which he needed goals.

Why? Well, he knew that if Liverpool got just one goal, the ask would just be too much for his side. He felt he could get his side to a 2-0 result; but, if the game opened up early, getting into a scoring contest with mighty Liverpool was not going to work out well for the North Londoners. Job one was keeping Liverpool from scoring; job two was getting the two goals.

The plan worked, albeit in a thrilling fashion. Arsenal got a goal from Alan Smith early in the second half, then Michael Thomas scored the winner in extra time, in one of the most famous league finales in history.

This is a lesson that can be applied to the Cavalry. The Calgary side did not get a goal at Tim Hortons Field, so, giving up a road goal in leg two could very well be the dagger. Going all out too early, turning the game into an end-to-end affair, is a risky proposition. Job one should be to ensure Forge can’t break through, or to at least limit Forge’s attack. There are 90 minutes there to find a goal. Of course, with Joel Waterman suspended for the second leg — pending appeal, that is — Wheeldon’s spine is weakened somewhat. But there’s a case for putting a player in for Waterman who will shield Mason Trafford and Jay Wheeldon, or even act as a de facto third centre-back. Would moving Dominick Zator to the middle make sense?

And it’s not like Cavalry haven’t shown that it has the necessary firepower at home, without having to go with an all-out attacking strategy. The Cavs have been shut out just twice at home in league play, and both of those results come with caveats. In the spring season loss to Forge, you could argue that, when the match was played, the Calgarians were well on their way to cementing the Spring title. And, in a 0-0 fall season home draw to FC Edmonton, Wheeldon rotated his squad as it was playing just two days after a Canadian Championship match.

With the slog of having to play on the thick pitch and the friendly altitude advantage, Cavalry has a habit of wearing teams down and picking them apart in the final 20 minutes. If the score is at 0-0 at half, it’s not really a worry for Cavalry.

Where things do go all wrong for Wheeldon and co. is if Forge nicks that goal, which then forces Cavalry to go all out and open itself up. And that’s why Wheeldon could look at the George Graham strategy for inspiration.

And, as a lifelong Everton supporter, Wheeldon would probably like any strategy that didn’t work out well for Liverpool…