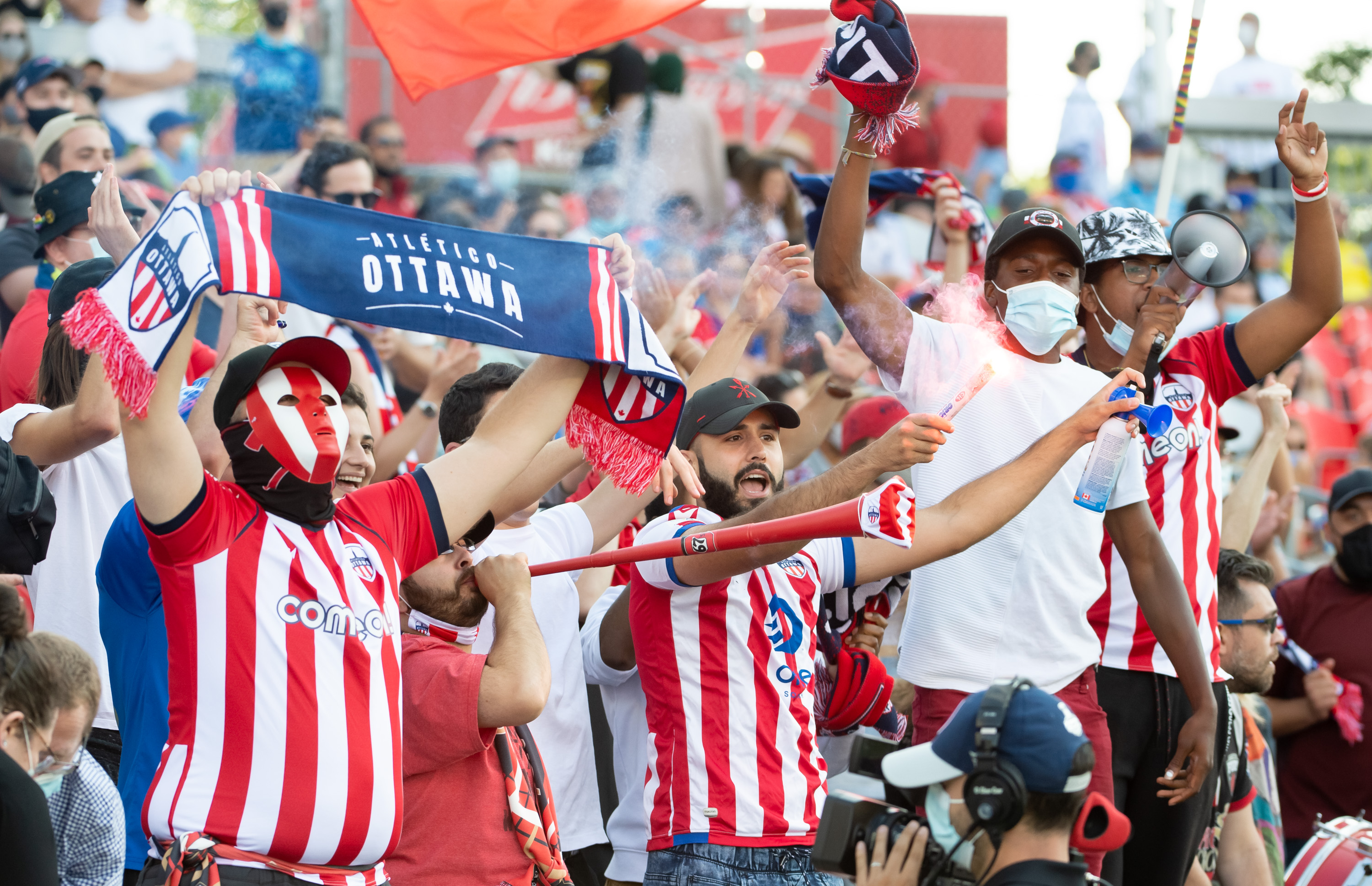 It was a memorable afternoon at TD Place on Saturday, as Atlético Ottawa played, and won, their first Canadian Premier League home game against HFX Wanderers in front of more than 12,000 fans.

After going down 1-0 early on as Akeem Garcia gave the visitors the lead from the penalty spot, Malcolm Shaw made it 1-1 with a header in the 39th minute. Brian Wright would be the hero for Ottawa, lifting the ball over Christian Oxner for the winning goal with only moments left in the match, winning the game 2-1 with his 87th minute finish.

Here are your sights and sounds for Saturday’s historic match.

GOAL 🌊@HFXWanderersFC open the scoring at TD Place Stadium as Akeem Garcia slots home from the penalty spot to give his team a 1-0 lead over @AtletiOttawa early in this 1st half #CanPL | 🔴 https://t.co/hishXepRT3 pic.twitter.com/2jK3xC5Oh9

Malcolm Shaw gets an equalizer from a corner to restore the tie vs. @HFXWanderersFC, and scores the team's first-ever goal at TD Place Stadium, too!#CanPL | 🔴 https://t.co/hishXepRT3 pic.twitter.com/L9NeaLNTko

GOAL 🚨@AtletiOttawa may have just found a LATE WINNER as Brian Wright gets one past @HFXWanderersFC GK Christian Oxner!