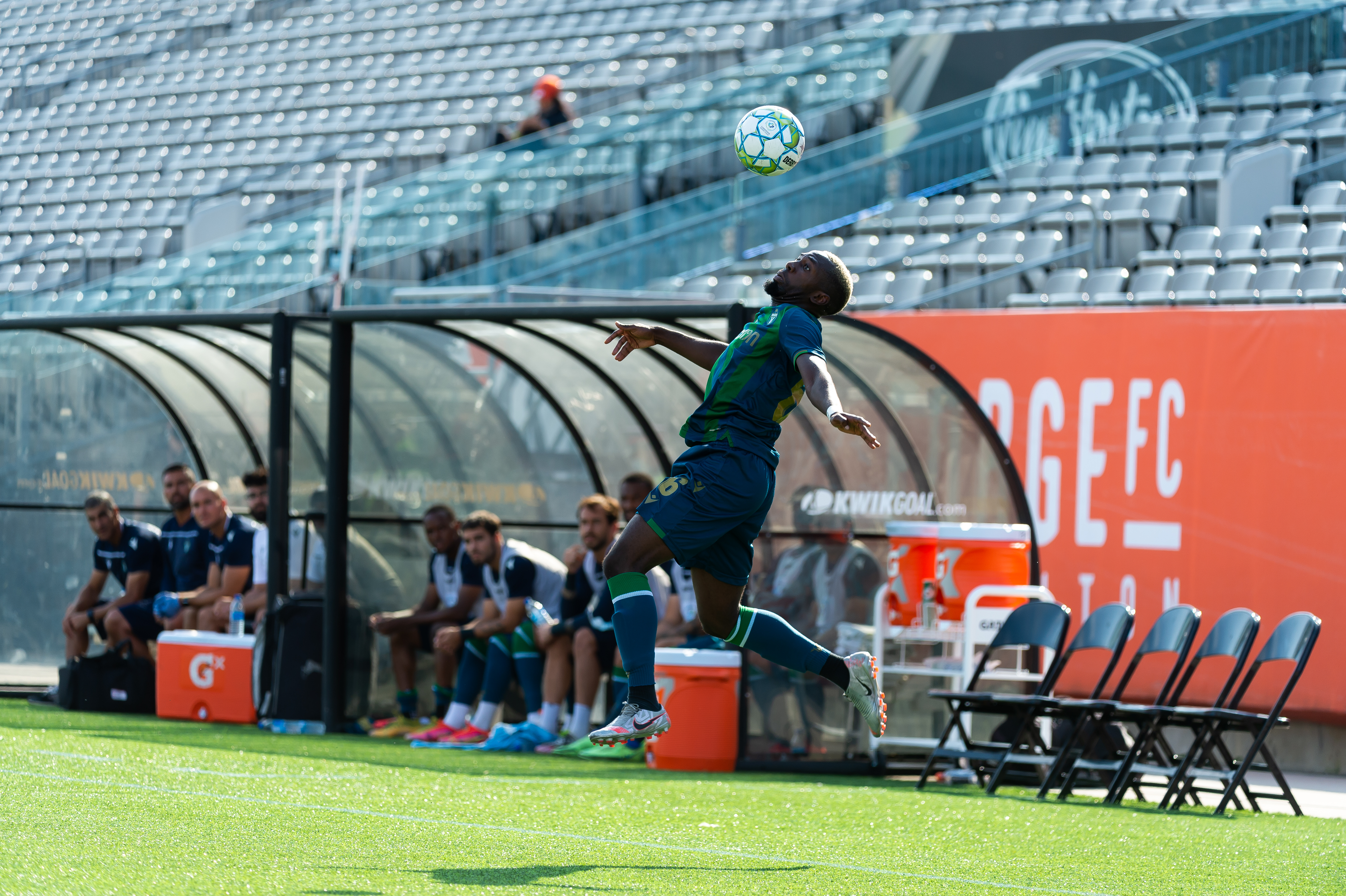 The Nine Stripes scored twice in the second half, doubling the lead just moments after the first goal went in, and held on defensively to secure a clean sheet as well. Max Ferrari scored the winning goal, as a ball into the box — both a cross and shot by the looks of it — struck the inside of the post and went back over the line to open the scoring.

Alvaro Rivero doubled the lead two minutes later, tapping the ball in from a couple of yards out after Forge goalkeeper Triston Henry redirected a low cross into the Spaniard’s path.

Here are your sights and sounds from Saturday’s 905 Derby.

Triston Henry makes a huge stop to deny Alvaro Rivero from the penalty spot, keeping this #905Derby clash at 0-0 between @ForgeFCHamilton and @YorkUtdFC#CanPL 🇨🇦 | 🔴 https://t.co/hishXepRT3 pic.twitter.com/U0oCTbFPQ1

Another GOAL OF THE WEEK nominee 🤯@yorkutdfc strike AGAIN, catching @ForgeFCHamilton in transition with a 4-on-2, which Alvaro Rivero tucks home easily 🤙#CanPL 🇨🇦 | 🔴 https://t.co/hishXepRT3 pic.twitter.com/RJ0QiO5bxW