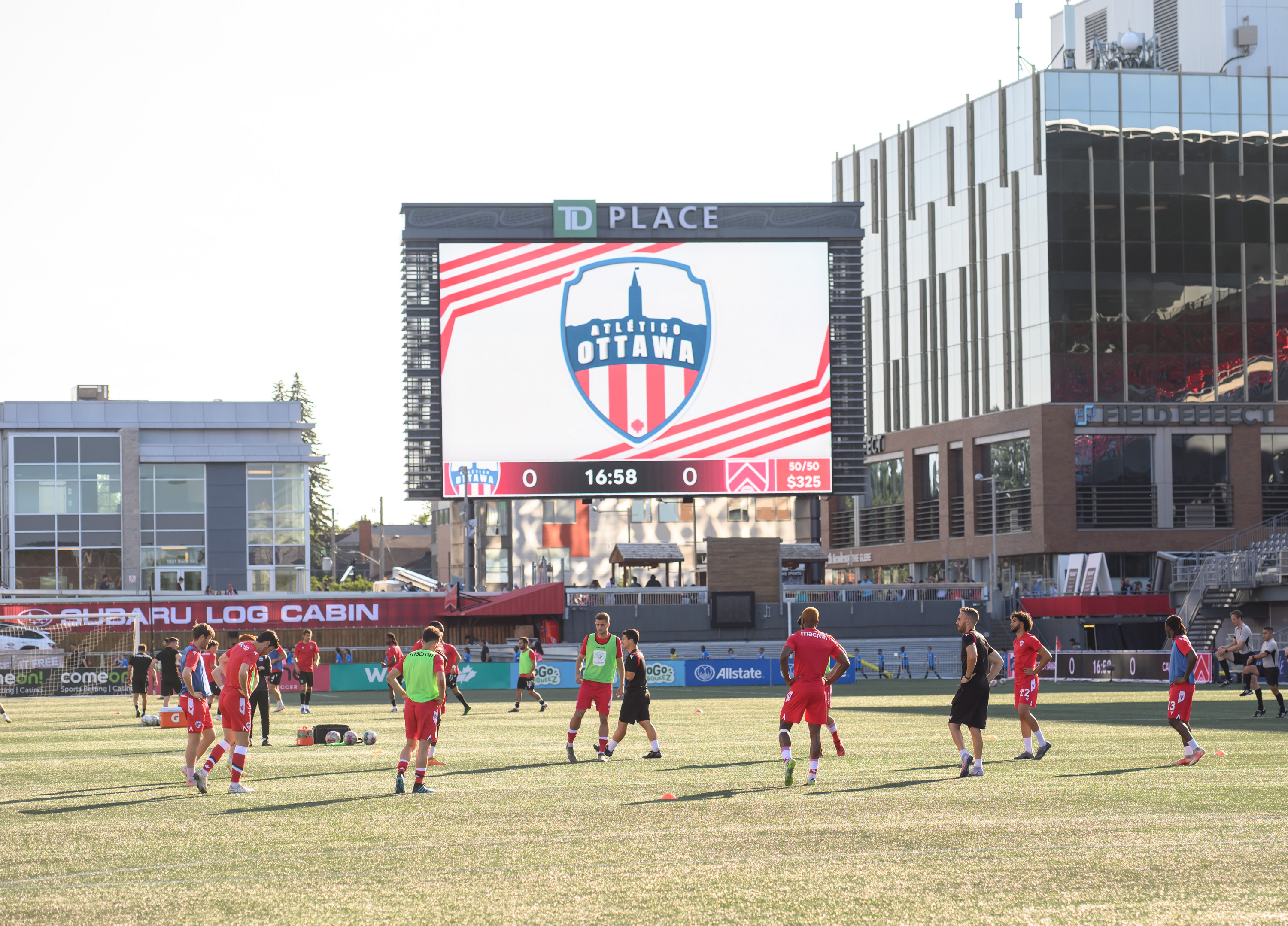 It was a perfect day for soccer in the Nation’s Capital, as Ottawa played host to a top-of-the-table Canadian Premier League clash between Atlético Ottawa and Cavalry FC.

The sun was out, the fans were loud, and the game was intense, as both teams fought tooth-and-nail for a tightly-contested 1-1 draw, one that was ultimately fair considering the circumstances.

Therefore, they end this weekend still entrenched in a tightly-contested battle for first place, one that is far from finishing anytime soon.

Here are your sights and sounds from Atlético Ottawa versus Cavalry FC.

BALLOU TABLA GOAL ALERT 🚨@AtletiOttawa equalize within the first two minutes of the 2nd half, and we're all square at 1-1 in this battle for the top of the table vs. @CPLCavalryFC#CanPL | 🔴 https://t.co/7JFAUhgjL6 pic.twitter.com/eNm8OJ4To3