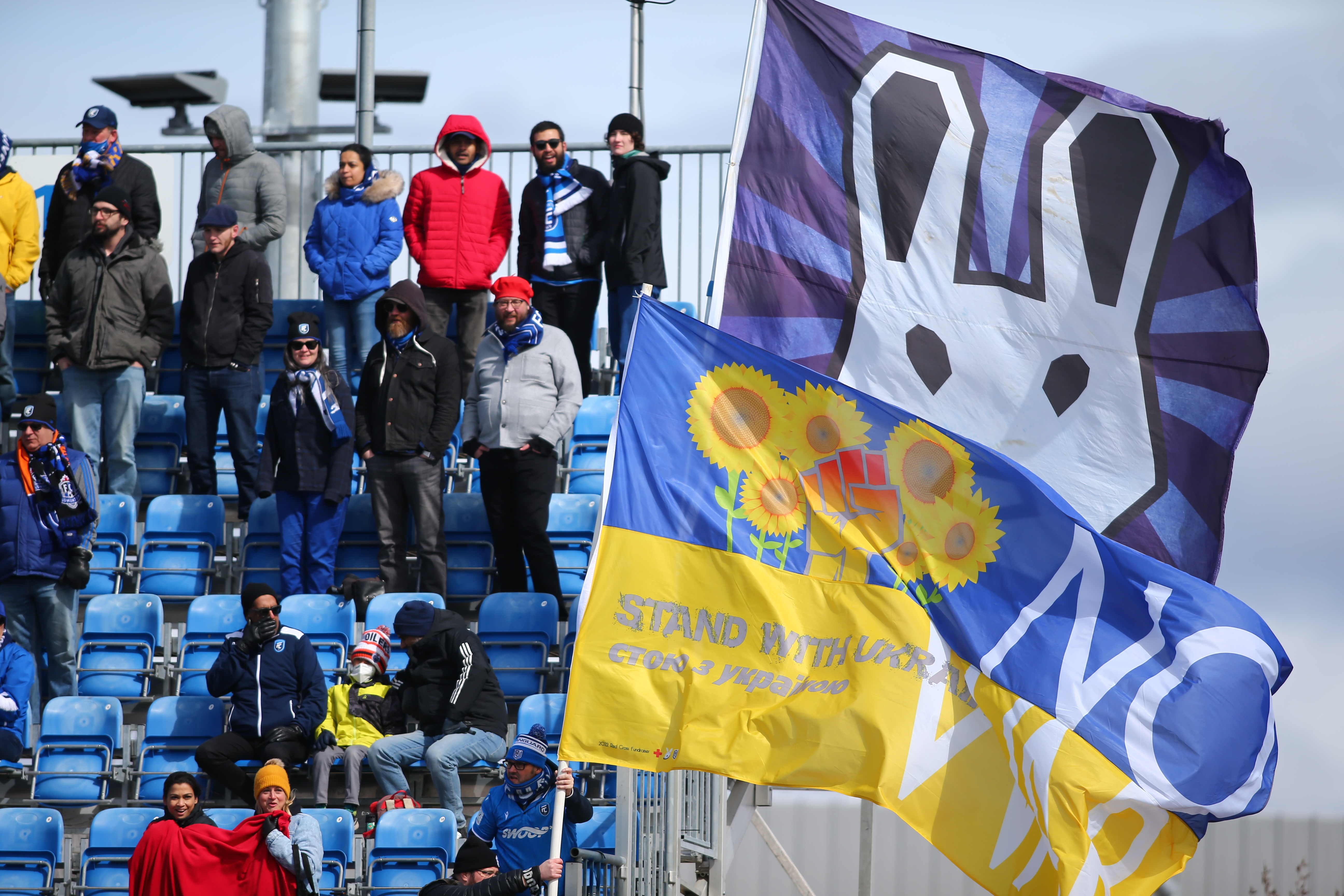 FC Edmonton banked a point in their 2022 home opener on Sunday against Valour FC, as Tobias Warschewski’s injury-time bicycle kick equalized in the 95th minute of play to cancel out Andy Baquero’s first half strike.

On a very blustery afternoon at Clarke Field in Edmonton, the two sides battled the elements as well as each other. Both teams scored right at the end of the half where they had the wind at their backs, and both will leave with a point after a closely-contested battle.

Warschewski’s acrobatic goal, though, will surely be the lasting memory of the match, with the German striker delivering a magical moment to send fans home smiling.

Here are your sights and sounds from FC Edmonton versus Valour.

GOAL OF THE SEASON ALREADY!!🐇