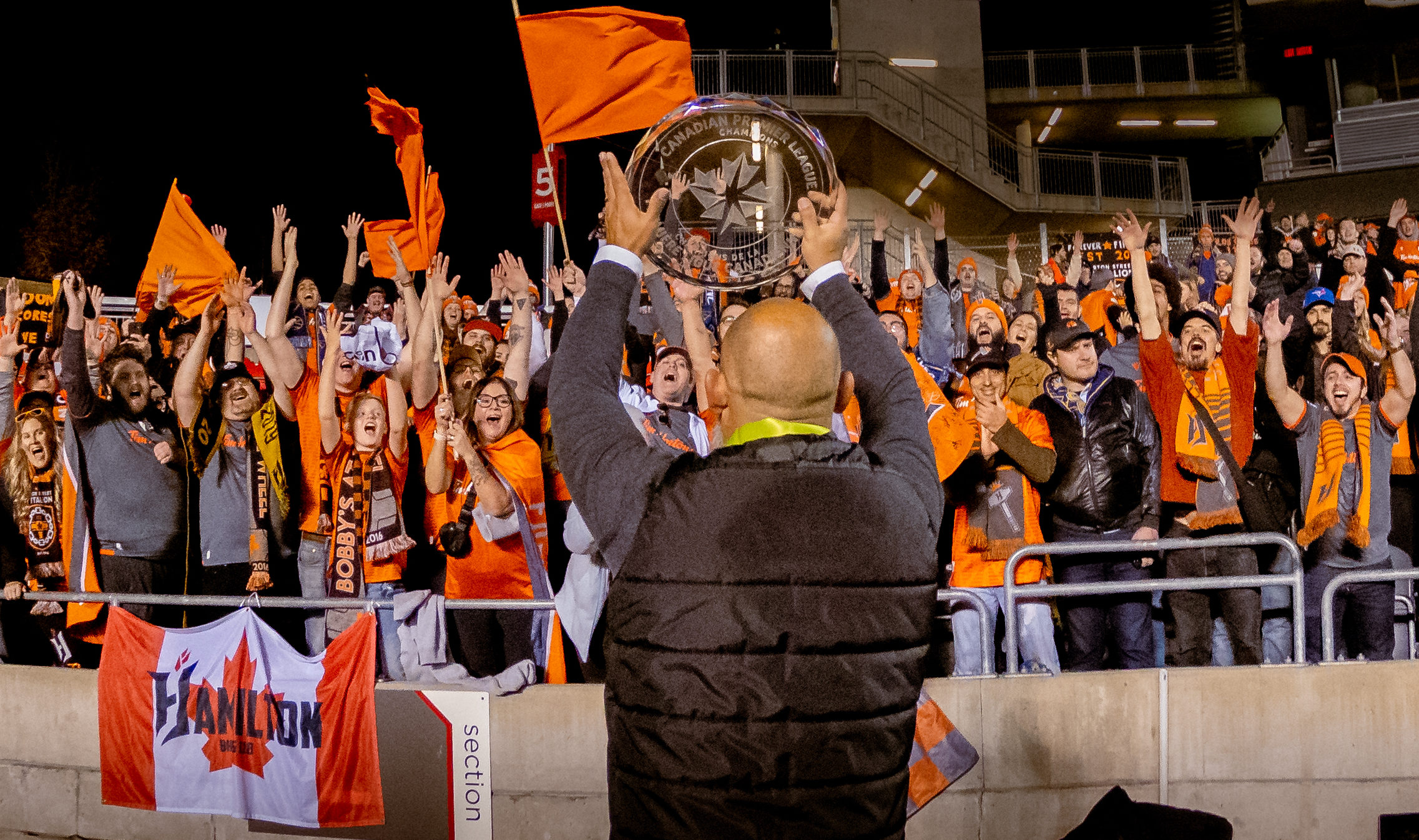 For the third time, Forge FC became Canadian Premier League champions this past weekend, as the Hamilton club defeated Atlético Ottawa 2-0 in the nation’s capital to earn yet another title for the league’s most-decorated club.

Alessandro Hojabrpour scored in a second straight CPL Final — this time for Forge, rather than against them — and David Choinière sealed the win with a second-half goal as the visitors sailed on to an impressive triumph in front of nearly 15,000 fans at TD Place.

Forge did, of course, have a strong contingent of their own fans in the southeast corner to celebrate their title along with them, making the moment a little more special for the Hammers.

Here are some of the most memorable images and moments from a remarkable evening in Ottawa.

It's two for @ForgeFCHamilton! David Choiniere doubles the lead on the road 🔨#CanPL | 📺 @onesoccerpic.twitter.com/sb3s1a99sy

For the third time in four seasons, @ForgeFCHamilton are the team that lifts the North Star Shield, and the celebrations are just beginning 🎇 #CanPL I 📽️ @Robcheese pic.twitter.com/a0pkqIjkbb

Another look at the @ForgeFCHamilton celebrations in the locker room after last night's Canadian Premier League final 🍾#CanPL I 📽️ @Robcheese pic.twitter.com/bG6iZvDpee