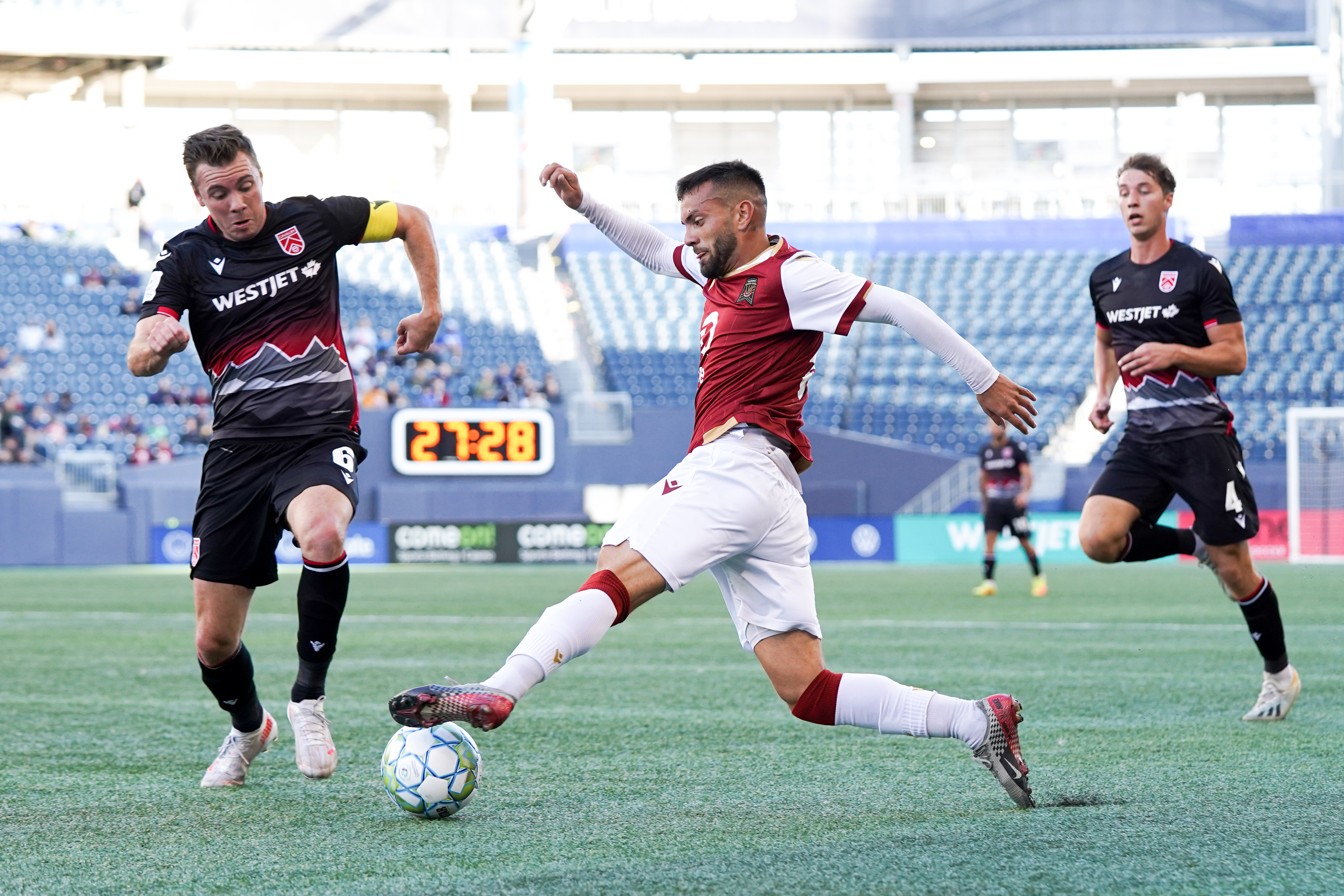 As he so often has in the early stages of his CPL career, Joe Mason provided the decisive touch for Cavalry FC as they took all three points away to Valour FC with a 1-0 win on Saturday evening at IG Field. In a feisty affair featuring nine first half cautions (14 total in the match) and several contentious officiating decisions, a battle tested Cavs team found a way to prevail as they so often do.

Cavalry improves to 9-4-3 on the season, good for 31 points and first in the league table ahead of the final result between Pacific FC and FC Edmonton.

Here are your sights and sounds from Saturday evening at IG Field.