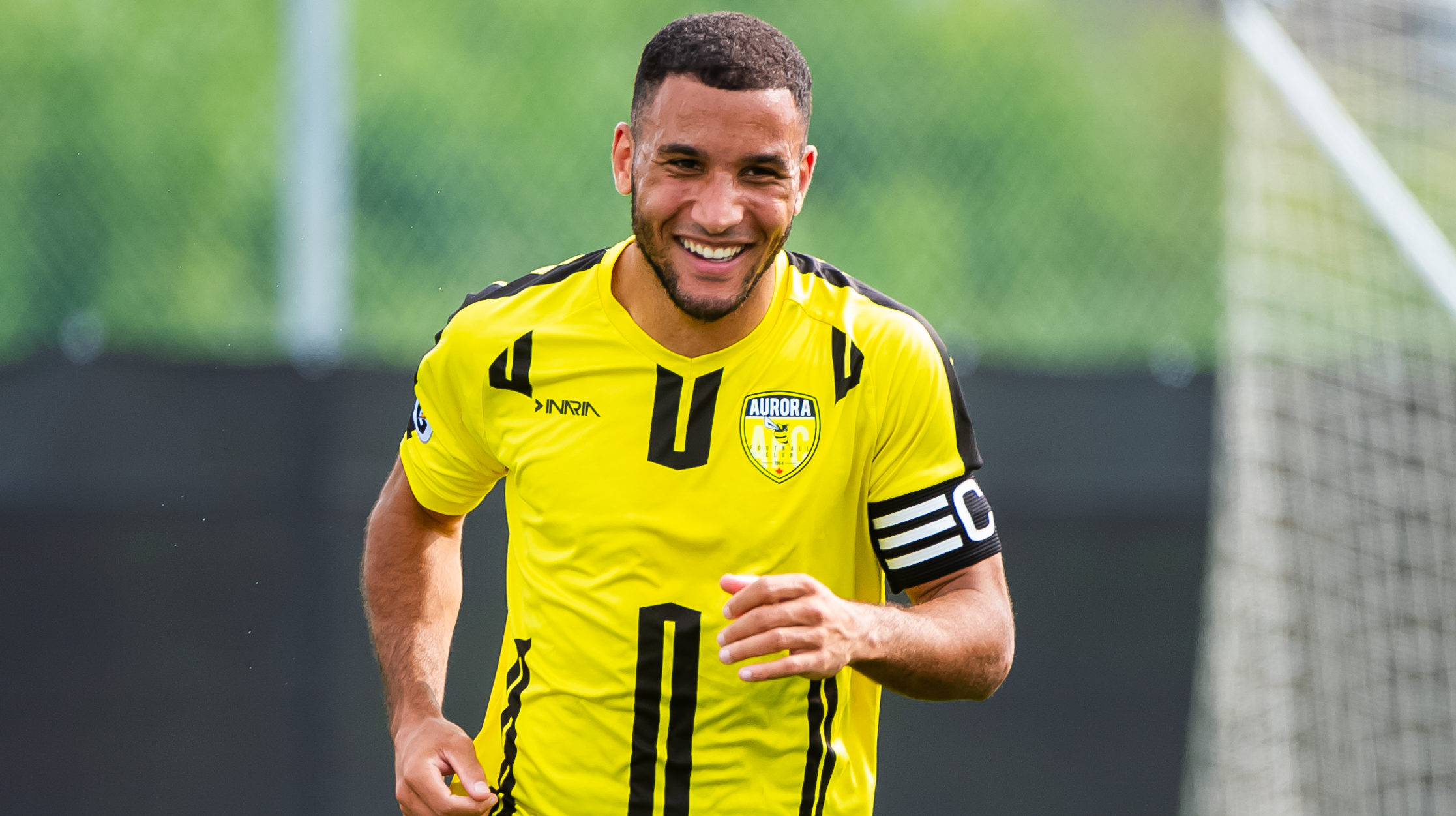 York9 FC fullback Morey Doner has the kind of story that’s hard to come by in Canadian soccer.

The 25-year-old grew up in Collingwood, Ont., a town of about 21,000 people nestled between the ski-hills of Blue Mountain and cold, deep waters of Georgian Bay.

An easy, two-hour drive north of the city, Collingwood is far from a remote locale by Canadian standards. But, for a kid pursuing a soccer dream, it did come with its share of challenges.

As other youngsters reenacted Stanley Cup finals in the street, Doner was dreaming about playing soccer in Europe, or for the Canadian national team.

“Sometimes it’s really hard it comes across to people in my area about football,” Doner told CanPL.ca.

“But I see it as an advantage. It makes me unique. My whole town knows about my success now — and people are connecting with it.”

Doner was a standout player in the resort town, playing striker, right midfielder and eventually left fullback. He remained based in Collingwood until just a couple weeks ago when he moved to the Toronto area to be closer to his first pro club, York9 FC.

“I was never at an academy or anything,” Doner explained. “I’m not saying it was easy.

“But everyone knew who I was in Collingwood and I took pride in that.”

Delighted to sign my first professional contract with @york9fc Thank you to everyone who supported me along the way ??? #York9FC #MD3

In 2016, Doner was back home in Collingwood with some of the Ontario Soccer League season still to play. He was coming off a whirlwind summer that included a trial in Brazil and a short stint with USL League Two outfit Palm Beach Suns.

Still largely unknown outside of Collingwood and the OSL, the pacy fullback reached out to his friend at Aurora United, a League1 Ontario side coached by current York9 head coach Jimmy Brennan.

Doner wasn’t even a distant blip on Brennan’s radar when he asked – nay, pleaded – with the former Toronto FC captain to let them see who he was.

Some kid from Collingwood? Never heard of him. That’s a two-hour drive. Is he going to drive here every time?

“I had to do my own networking,” Doner explained, laying out the challenges he faced as a young player from the Canadian soccer wilderness. “I had to do almost everything myself.

“They didn’t know who I was, how I played, they had never heard of me … But I surprised them.”

Doner does that to a lot of people. He earned a spot on the Aurora roster at the tail end of 2016, and two years later, in 2018, he played every single minute of competitive action for Aurora, serving as the team’s captain. He was named an L1O all-star, all while driving from Collingwood for games and practices.

Brennan was clearly impressed, too. He eventually signed Doner to his first pro contract ahead of the inaugural Canadian Premier League campaign.

“He called me this summer and basically said ‘I’m watching you’,” Doner said of the current York9 coach.

A Canadian professional soccer player coming out of a small town is rare. But with professional clubs now touching more Canadian communities than ever before, maybe we’ll see more of these stories in the future.

Will we see professionals from places like Listowel, Brandon, Miramichi, Prince George or Yellowknife in the future? Perhaps.

“Sometimes you can be jealous of players that have better connections, grew up in the GTA with better facilities and all that,” Doner lamented. “Collingwood is just a small area.

“Maybe a kid in a small town could get frustrated playing on a small team, but you need to go through these frustrations.

“Everyone gets jealous or want to be in a better, more privileged situation. But that has just motivated me to get there.”

And now, Doner is ‘there’ – a professional footballer from the town of Collingwood, Ontario.

“A couple years ago, a lot of people here were asking why I wasn’t a pro yet … They wanted me to get out and be the professional they thought I could be.

The only thing left for Doner to do is prove it, definitely, on the biggest stage in Canada.