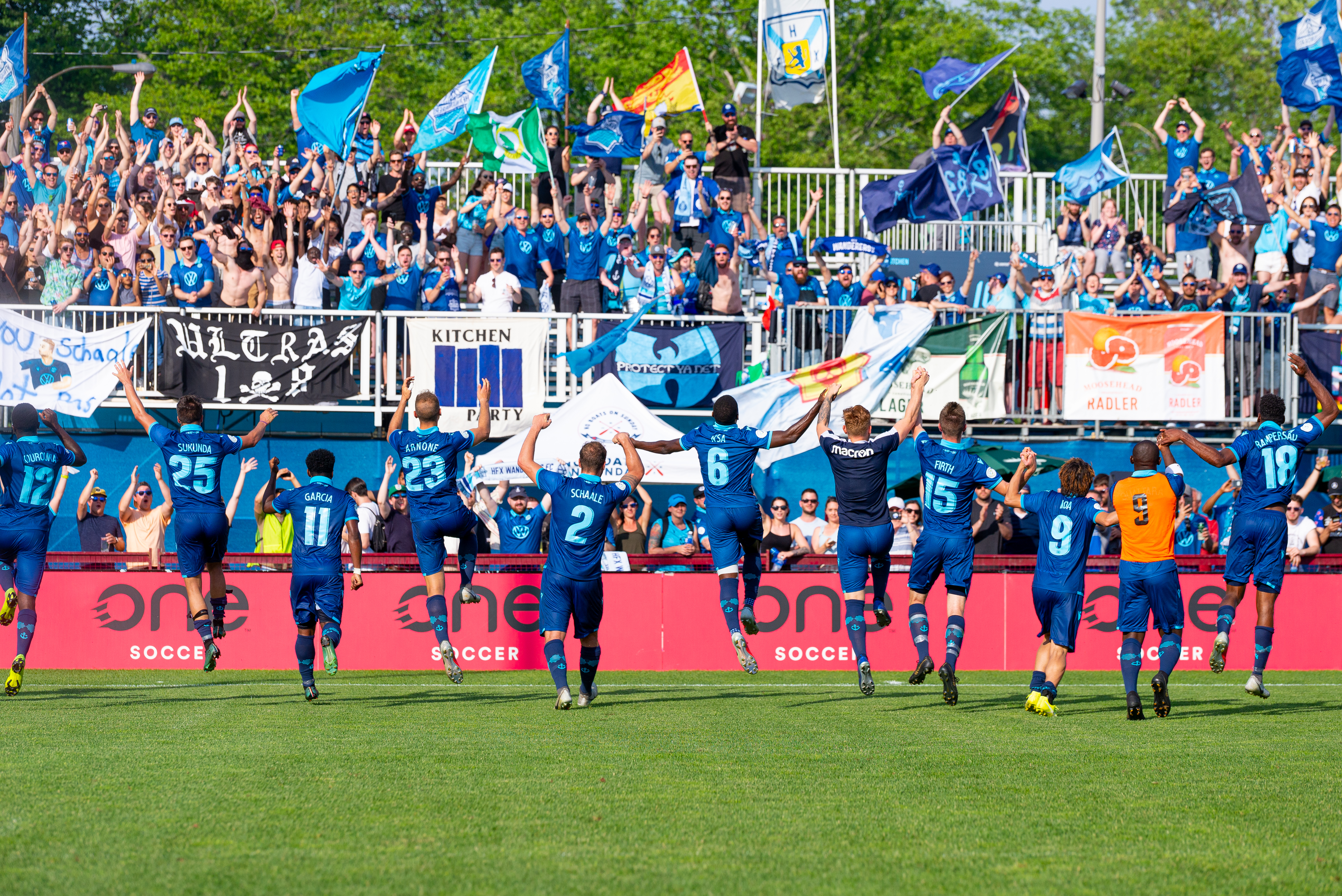 TORONTO – Michael Bradley and his Toronto FC teammates were dreaming of a road trip to Halifax in 2019.

As HFX Wanderers FC took on the Ottawa Fury in the third round of the newly-expanded Canadian Championship, Bradley admitted he and his teammates were pulling for one team over the other, if ever slightly.

“We have a tonne of respect for Ottawa, but … I know that when Ottawa were playing Halifax, there were a few of us who were hoping to see Halifax go through,” Bradley told reporters following a training session ahead of the 2019 Canadian Championship final vs. Montreal on Wednesday (7:30 p.m. ET/available on OneSoccer).

“To have a new experience and go there and play in a tight little stadium like that? That’s what these cups are all about,” Bradley added.

It’s not the first time that members of the Reds have expressed their intrigue in a trip to Canada’s east coast.

And, Toronto FC will, of course, have a fairly familiar final against the Montreal Impact, with the first leg at Stade Saputo on Wednesday providing Bradley’s team with all the platitudes and talking points that come when a meeting with this particular rival is concerned.

RELATED READING: ‘Something in the air’: TFC ready for CanChamp series vs. Impact

If not for a penalty conceded here, or an open net miss there, perhaps Toronto FC would have found themselves at Wanderers Grounds, or even at Spruce Meadows or York Lions Stadium, where Cavalry FC and York9 FC also contended well.

But that’s the beauty of the expanded competition – there’s always next year, of course, and with that, there’s always the opportunity to match up against new opponents, a prospect the TFC captain relished.

“It’s so important for the competition itself, but also for football in Canada, that it’s a bigger tournament, that it’s a more open tournament, and that you have games in places like Calgary, Halifax, or Vancouver Island,” Bradley said, of the newly dubbed “Battle of the North” that makes up this expanded Canadian Championship.

“The magic of any cup competition is the opportunity for ‘smaller’ teams to play bigger teams, and know that, on the day, anything can happen.”

Unlike the Impact or the Vancouver Whitecaps, Toronto FC didn’t have an opportunity to take on a Canadian Premier League team this season, the result of their higher seeding in the competition, coupled with Ottawa’s victory over the Wanderers.

“The CPL teams did great,” Vanney said. “They held their own against Vancouver, obviously, and Ottawa, and even Montreal. That’s exciting, because there’s a part of this you can never really calculate on paper, and that is when these teams that are, quote, ‘smaller’ get to play bigger clubs, there’s just such an emotional boost.

“You see it everywhere around the world. It doesn’t matter what the tournament is. Now, we’re seeing more of that, because there are more teams, and these teams are capable.”

Anyone catch his eye?

“I thought Calgary had a nice tournament,” Vanney answered. “They were very organized. They had some good experience on the field and they created a lot of problems for the teams. They were also pretty aggressive with their approach. They weren’t just sitting back and absorbing the ‘bigger’ teams; they went after the games. They did a great job. They were an impressive group, in terms of their soccer, and their approach tactically.”

It helps, of course, that Cavalry FC defeated the Whitecaps to set up a semi-final encounter with the Impact.

Vanney figures the more of that this tournament sees, the better.

“Seeing some of the results, and some of the performances by the CPL teams, I think it makes the tournament so much better,” he explained.

“The first iteration of CPL is something, but they’ll continue to learn and grow and get better, and this tournament in particular will only get better as the competition continues to grow and those teams become more solid and continue to build.”