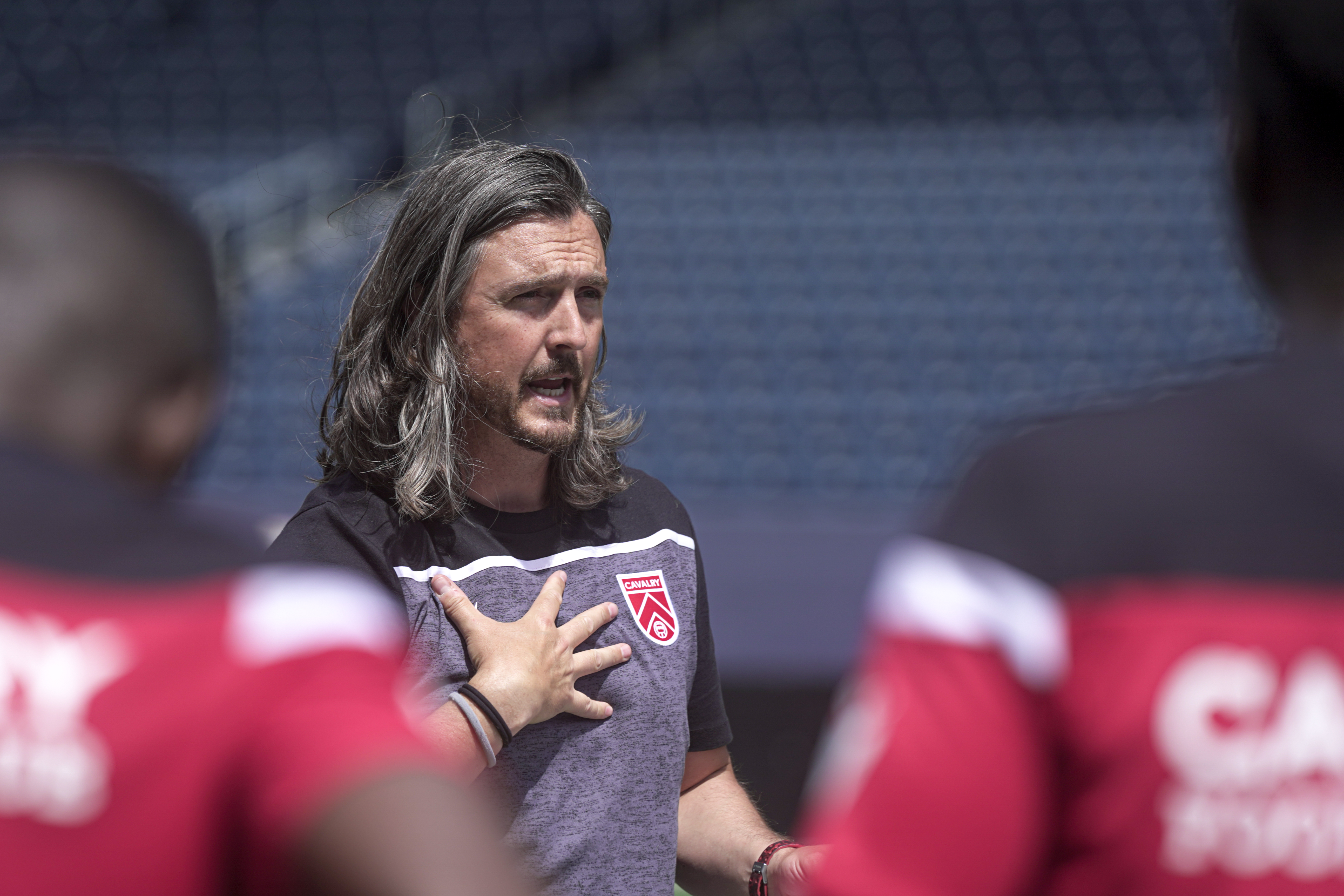 Cavalry FC coach Tommy Wheeldon Jr. at training ahead of The Kickoff. (Photo: CPL)
The Kickoff: CPL coaches describe their team in 2 sentences or less
2021-06-24
by
CanPL.ca Staff
News The Kickoff

CPL players and coaches are set to return to a single-site bubble environment this week for The Kickoff presented by Volkswagen – a 32-match opening stanza to the season with the goal to return to home markets by the end of July. The action gets underway with a doubleheader on Saturday starting first with FC Edmonton and Atletico Ottawa at 2 pm ET/1 pm CT followed by Pacific FC and HFX Wanderers FC for 5 pm ET/4 pm CT.

For Pacific and coach Pa-Modou Kah, the challenges of assessing his group due to a fractured preseason will have been reduced by the number of players returning from 2020 — just three squad members from the Island Games won’t be back for this season.

Conversely, for new FC Edmonton coach Alan Koch, their first game against Ottawa at The Kickoff will be his first opportunity to see his side play apart from in a training environment.

Regardless of the length of their tenure or how many fresh faces they’ve welcomed during the offseason, each coach across the CPL shares a sense of excitement and anticipation ahead of the opening weekend.

To help set the scene for what supporters can expect of their teams in 2021, CanPL.ca asked all eight coaches to describe their team in two sentences or less.

“I think we’re going to be a fun and exciting team to watch. We’re a club that’s building something, we finished last in the league last year, so we clearly have a lot of work to do but we’re willing to roll up our sleeves and do the dirty work to head in a positive direction.”

“We have had some changes and we feel like we have some good young players that have come aboard and a few internationals that can make a difference too. At this point it’s important to start bonding together — we’re looking forward to the challenge.”

“We’re hungry, we’re excited, it’s probably the most dynamic team on paper. As we know, the game is played on the pitch so it will take time to get the chemistry but I think this is a different look for us.”

“The camaraderie is very good and I think we have quite a balanced squad right now which is something we’ve really been trying to achieve.”

“I’m really happy with the group we’ve assembled. But I’ll leave the analysis of my team to the analysts and the experts.”

“We’ll be aggressive without the ball and we’ll be stronger without the ball. This is not new for the players who were with us last season – they understand our philosophy.”