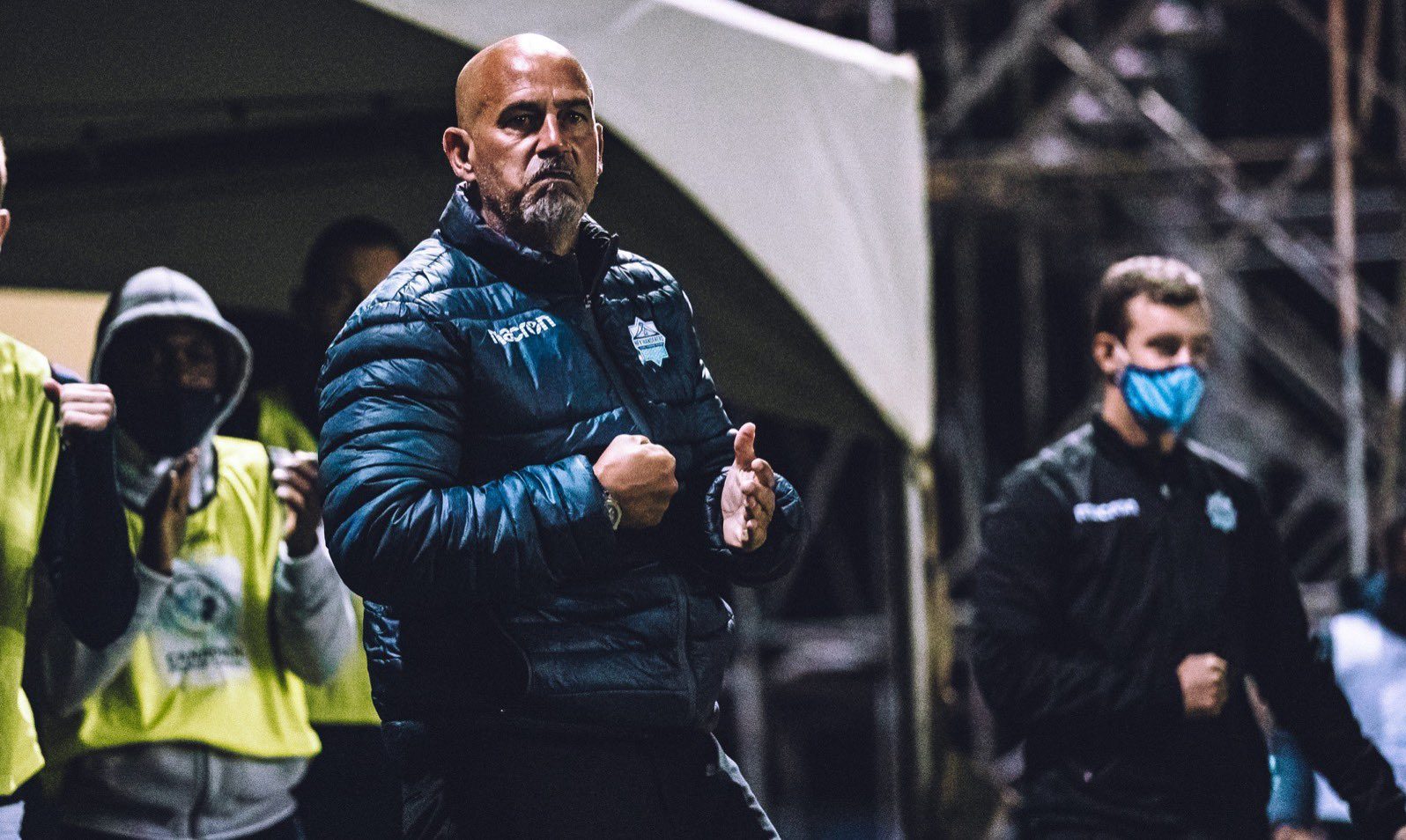 The year 2020 probably doesn’t need an adjective to describe it. The past 12 months were… something.

Here we are, though, at the end of it. Looking back on the year that was for the Canadian Premier League, there’s plenty that we’ll recall with fondness; the league managed to pull off its second season safely on Prince Edward Island, in what was surely one of the strangest sophomore years a sports league has ever had.

Plenty else has happened, too; it may seem that such things as Tristan Borges’ move to Belgium, Atlético Ottawa’s entry into the CPL, and Christine Sinclair’s record-setting goal, but that was all within the past 52 weeks. The before times aren’t actually as long ago as they feel.

Through it all, we at CanPL.ca have tried to carry on telling stories of Canadian soccer. We’ve spoken to pretty much every player in the league by now — and every single coach, probably more times than they’d like (for which we thank them). We’ve published countless quotes from people around the CPL, ranging from hilarious to poignant.

So, to see off 2020, let’s take a look back at some of the best quips, one-liners, pieces of wisdom, and memorable orations from this league’s players and coaches this year.

Got any that didn’t make the list? Send them our way!

“At the end of the day, it’s about our health and being safe and that’s a priority. The football comes second.” – Jimmy Brennan, York United FC coach, March 29

Excitement for the 2020 CPL season hit a snag in late March, as clubs were quickly forced to shut down their pre-season camps due to COVID-19. Brennan, echoing the sentiment of all across the league, helped put things into perspective for the year that was to come.

“Put it past the goalie. Between the sticks, and underneath the crossbar.” – Rob Gale, Valour FC coach, August 25

Just like in 2019, Rob Gale was once again a fountain of wisdom (and sarcasm) in 2020. Asked, after his side was shut out for the third time in four games, how they might score more goals in PEI, the Valour boss answered the question quite literally. It sort of worked; in the next game, Valour scored twice to beat FC Edmonton.

“Actually, Jeff gave us the idea. He said Fordyce never misses a penalty. That was a great scouting report.” – Gale, August 29

Let’s stick with Gale briefly. In the aforementioned win over FC Edmonton, he sent former Eddie Daryl Fordyce to the spot for a penalty kick, which the Northern Irishman scored (on the second chance, albeit). Post-game, Gale thanked FCE boss Jeff Paulus for giving him the idea.

“I’ll just accept responsibility that that little piece could be me at the end of the day.” – Jeff Paulus, then-FC Edmonton coach, August 29

Paulus took the blame on his own shoulders in 2020, stepping down as Eddies boss after the side went winless in PEI. It was after this loss to Valour that he gave the first hint at his future, suggesting that the club might benefit from a fresh face on the touchline. Paulus would announce his departure not long after the season, with Alan Koch taking over in late November.

“If you’re listening, take it to heart. I’m standing in front of you, as a manager of Pacific FC, but my heart is bleeding, because my people are suffering. If you care about me, care about my people. Stand up for what is right.” – Pa-Modou Kah, Pacific FC coach, August 28

Like the rest of the sports world, the CPL was rocked in late August by the police shooting of Jacob Blake in Wisconsin. Players from all eight clubs joined in a league-wide protest, as voices from across the league spoke out against racism. Perhaps most vocal of all (as he is on many topics) was Kah, who gave a poignant speech on OneSoccer and later chatted with CanPL.ca at length about racial discrimination.

“You can go anywhere in the world, you drop the ball. It’s 32 panels, and you stitch it, you add some air, anybody can play,” Kah said of the unifying power football can have.

“Soccer is 24/7 in the bubble. You have to face it.” – Then-York9 FC midfielder Chris Mannella, September 1

At the time, Mannella was referring specifically to his own road to recovery from injury, but the sentiment rang true with every player in Charlottetown; during the six-week slog of The Island Games, players could do naught but dedicate themselves completely to their craft. A grind, to be sure, but a footballing memory that will stick with them all.

“Up and down the touchline, often. And a lot.” – Tommy Wheeldon Jr., Cavalry FC coach, September 9

The question, posed by CanPL.ca’s Marty Thompson, was “How far can Mo Farsi go?”

Wheeldon, always quick with the one-liners, hit him with this memorable quip. Farsi had an incredible tournament for the Cavs, earning himself the CPL’s U-21 Canadian Player of the Year award. On this particular occasion, Farsi had won a penalty kick and then scored a beauty of his own to help Cavalry take down Pacific FC 3-1 in second-round action. Wheeldon went on to add that, really, the sky is the limit for Farsi: “He can go as high as he wants to because he’s humble enough.”

“Knowing Akeem, he would much rather the team be bathed in the glory than himself.” – Stephen Hart, HFX Wanderers FC coach, September 12

No, that’s actually not a quote from the Iliad. Rather, Hart was fielding a question about MVP chatter surrounding emerging Wanderers star Akeem Garcia, who had just scored his sixth goal of 2020 en route to the CPL’s Golden Boot.

On the eve of the 2020 CPL Final, the Wanderers boss offered a few words of thanks for the support his club had been feeling from back home in Halifax. Fans in the Nova Scotian capital had turned out for socially-distanced watch parties and made their voices heard during a remarkable 2020 season for the Maritime club.

“Couple cold tubs, shower down early, get a little stretch. You know how it is.” “Don’t forget the hot tub.” – Kyle Bekker and Alexander Achinioti-Jonsson, Forge FC midfielders, September 19

Asked what the plan was for celebrating after Forge won their second CPL championship, the Forge pair didn’t give much away, Bekker sticking to his typically coy demeanour. Still, we can probably imagine the party was pretty good after the Hamiltonians emerged from The Island Games with the North Star Shield.

“There’s two ways of dominating. One is in possession, and one is without the ball.” – Bobby Smyrniotis, Forge FC coach, September 24

The bearded Forge boss isn’t always one for soundbites, but he’s certainly got plenty of wisdom to impart. After the dust settled a little on his side’s second championship in as many years, he explained to CanPL.ca how they’d adjusted their game plan for HFX Wanderers, making some tactical shifts to throw the opponent off guard and catch them by surprise.

Smyrniotis’ side would then set out on a campaign of continental conquest that would take them all over Central America, in which he demonstrated yet more tactical tricks in an impressive run.

“It’s very tough, and if anyone tells you they’ve got a crystal ball they are full of s–t because none of us know.” – Angus McNab, York United FC managing consultant, September 24

The CPL is now settling into the off-season, with clubs making a flurry of moves (some, like York, more than others). With COVID still casting a shadow over everything, though, McNab saw fit to caution readers that he certainly doesn’t have all the answers — nor does anyone.

“We played football till the bitter end – played the game as I’d want it. … it was good old-fashioned ding-dong.” – David Edgar, Forge FC defender, December 9

The year ended on a bittersweet note for Edgar and Forge. The Canadian national team veteran announced his retirement at the end of the year, which came to an end when Forge fell to CD Marathón in their final Concacaf League match. It was a tough, physical match, and Edgar — officially retired as of the final whistle — did not mince his words about certain antics plaguing the contest (see below). Still, at the end of it all he was proud of his team’s accomplishments in 2020.

With tears in his eyes during his final press conference as a player, Edgar left us with one last Canadian soccer quote for an incredible year. By the way, what exactly is a good old-fashioned ding-dong?

David Edgar's brutally honest and "pretty emotional" after his final match as a professional. #CanPL #SCL20

"I'm retired now – guess I can say what I want…" pic.twitter.com/pM8WMSKZJB