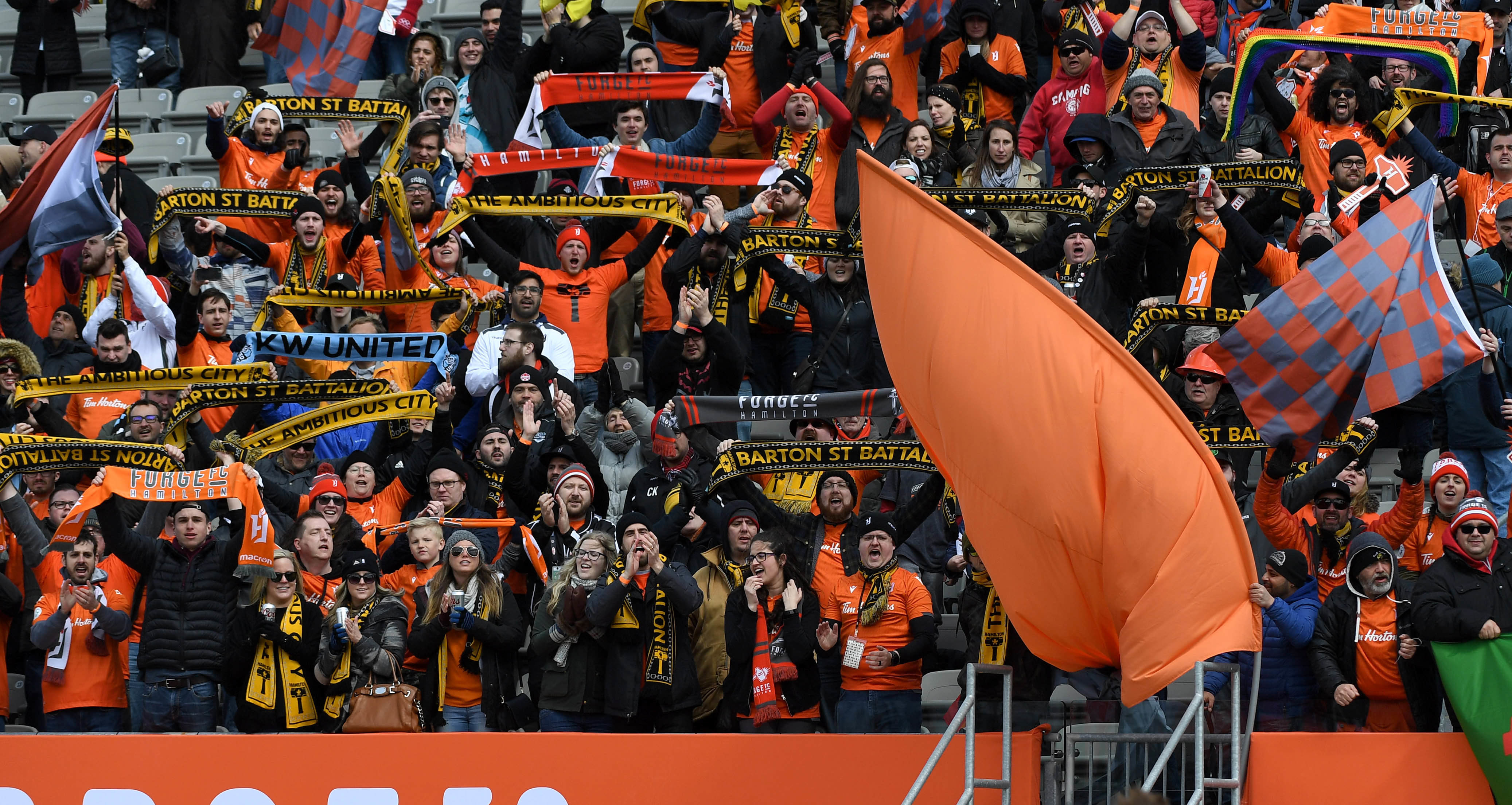 Steve Jugovic has been a Forge FC fan since day one.

“I lived my whole life in Hamilton and attended McMaster University; I wanted to support my home team,” the 56-year-old told CanPL.ca with pride.

And while he has since relocated to nearby Oakville with his wife and two sons, Jugovic is still a Hamiltonian at heart.

Brian Donohue, on the other hand, is a Forge fan by choice. Born near Thunder Bay, he now lives about an hour away from Hamilton, in the city of Waterloo. He came to be a Forge fan more-so by chance.

“I fell in with the Grand River Union [a Waterloo region soccer group] folks here. There was a bunch that had decided that even if it wasn’t our [Waterloo] team, Forge could be our team for now,” Donohue said.

He later added with a smile: “I ended up going a bit overboard and bought four seats.”

Despite their different reasons for initially becoming Forge fans, Jugovic and Donohue have since become die-hard supporters and have travelled to Calgary this weekend in the hope of seeing their team win the North Star Shield.

For Jugovic, who is making the trip with one of his sons (the other is away at university), the decision to go to Alberta for the second leg of the Canadian Premier League Finals vs. Cavalry FC (1:30 p.m. MT/3:30 p.m ET, available on OneSoccer) was part impulse, part pilgrimage.

“The key thing to me is that there is only going to be one first time championship of the CPL. This is a chance for us to go and see Forge,” Jugovic explained.

“My son and I bond over soccer; it was a Saturday morning staple on TV. We’ve watched the national team whenever they play in Toronto, we had Toronto FC season tickets for many years, and have made a trip to England to watch EPL, too.”

Watching Forge win in Calgary would be the ultimate journey for Jugovic, and Donohue agrees, though he’s no stranger to CPL travel.

“I got CPL fever,” he confessed. “I ended up booking two trips to Halifax to see the Wanderers play. After we beat Calgary at home, I kind of knew I had to go.”

Like Jugovic, soccer for Donohue is about family; his just isn’t necessarily connected by blood.

“I made friends from all over the country, travelling supporters from various teams,” he said. “The team did their job and so I figured we had to do ours.”

Having been on away trips before, Donohue knows what to expect, and he’s looking forward to his visit to ATCO Field at Spruce Meadows.

“It looks like a decent place to watch a match,” he admitted, before adding, “but there’s a loud group of us ready to see Forge become the first champ.”

However, at the end of the day, Donahue believes Saturday will mean more than just crowning the first CPL Champion.

“To be honest, I think even if we don’t win, I’m convinced soccer is finally here for Canadians,” Donahue concluded.