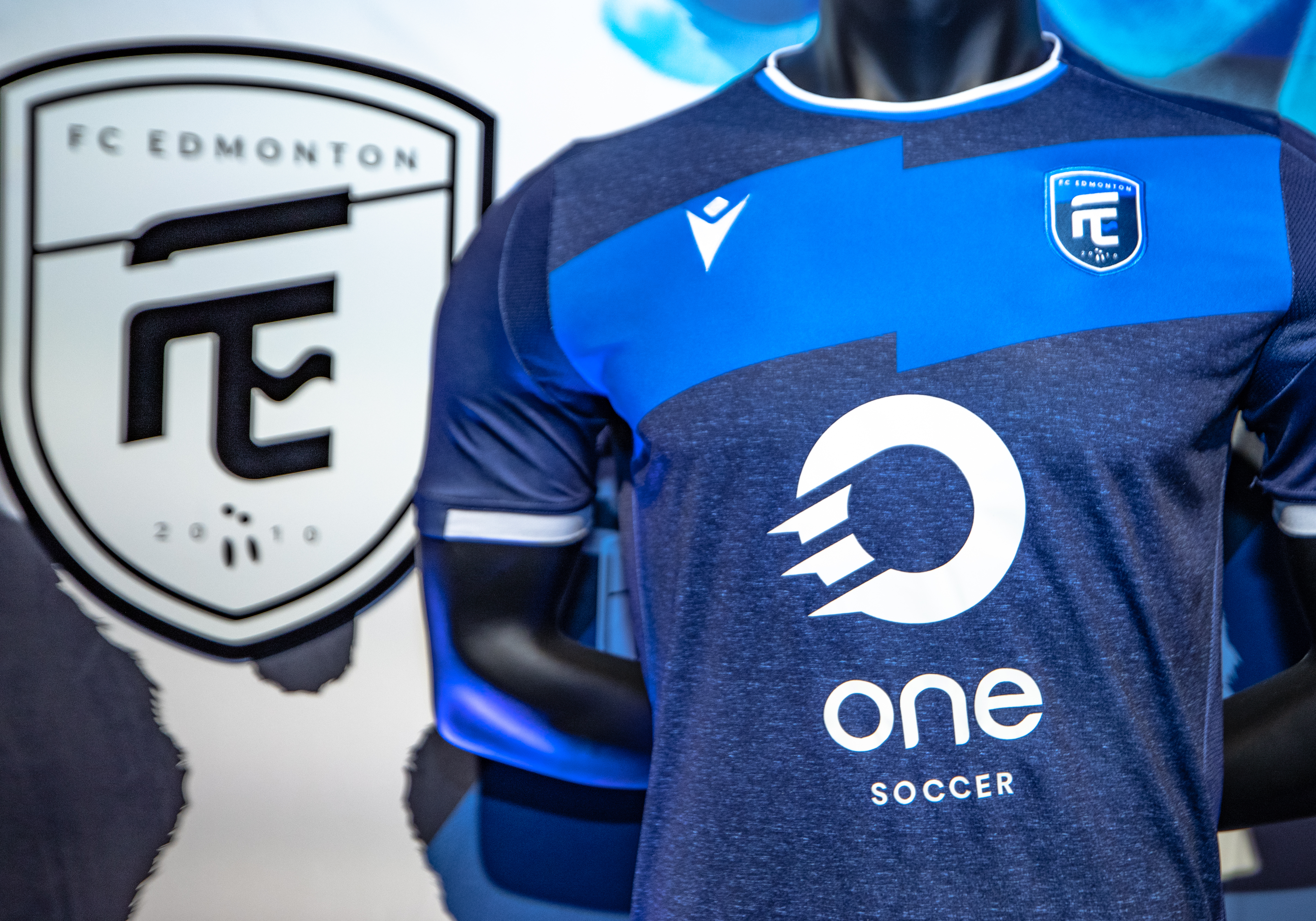 Through the seven seasons FC Edmonton played in the NASL, you could argue the team never had a true home kit.

Oh, sure, the team always had a white “road” kit, and either a dark blue or black kit that was supposed to be the home jersey. But, year after year, the team wore the white kit at home almost as much as it went with the blue or black.

Clarke Field, on a summer Sunday afternoon, can become sweltering, much like Commonwealth Stadium did for some Women’s World Cup scorchers back in 2015. And, well, dark jerseys weren’t the best for the sun.

But that won’t be the case this season, said FC Edmonton coach Jeff Paulus.

Macron unveiled a new home blue kit and a road white shirt that stays true to the Eddies’ traditional colours.

Paulus said, unlike the NASL years, fans won’t see the white shirts at home except for in the team shop.

“Our home kit will be our home kit,” Paulus said. “We’re going to play at home in blue. I think we need to be proud of our home colours. I am not going to allow the kit or heat become an excuse on performance.”

And what does Paulus see as the ideal jersey for FCE’s debut in the Canadian Premier League?

“I like to see a traditional blend of traditional football and something different,” said Paulus. “What I don’t want to see is an off-the-shelf kit. I want it to be unique, but I want a traditional touch to what we wear. I like a clean look — something that doesn’t distract.”

While fans who might not be close to game shape might size up with the replica kits so they aren’t too tight, Paulus wants his players to go for the slim fit. It has nothing to with look — it has everything to do with gamesmanship.

“I like something a little tighter, so it’s harder to grab.”

While the team hasn’t worn the new game kits yet, the players have been in the Macron training kits, day in and day out. So, they have an idea on how the game jerseys will feel and fit. So far, the reviews are good.

“If these game kits are anything like the training kits, then we’ll be very happy,” said Paulus.

“The training kit is fantastic. It’s some of the most comfortable stuff I’ve worn in 30 years of coaching.”