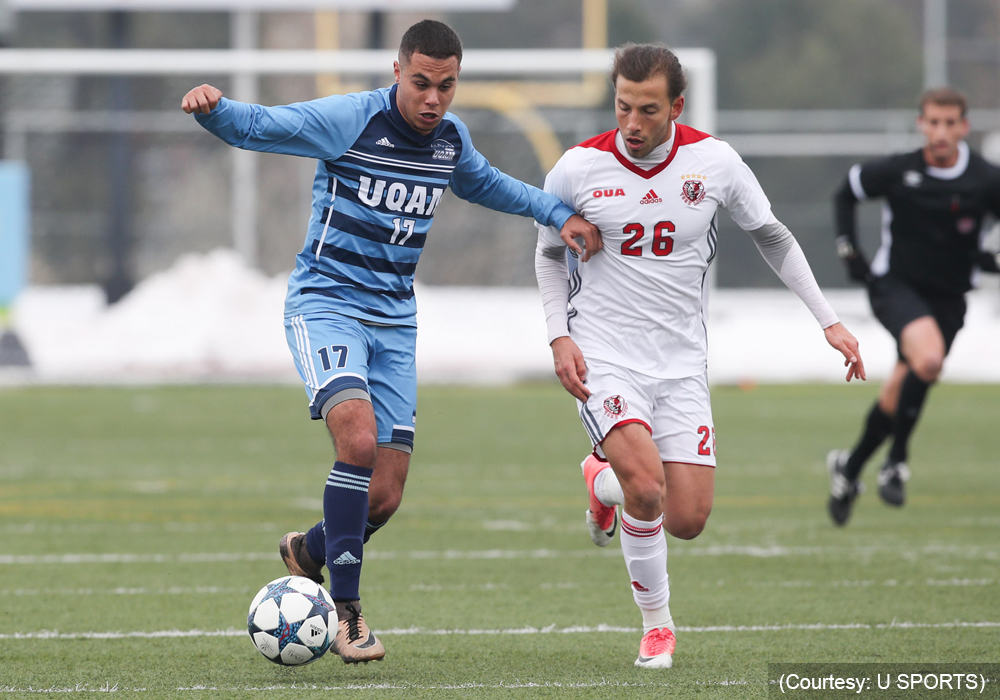 “But I’m not telling you,” he told CanPL.ca three weeks before the league holds its inaugural draft.

Of course, Rogers rates certain U SPORTS players, but the CPL’s university scout said he’s tasked with providing the league’s coaches a breakdown of who will be available when seven clubs select the CPL’s first draft class on Nov. 12.

It’s a process that began months ago when the former Canadian international was brought in to evaluate collegiate players from coast-to-coast.

“The first thing was to develop a process, to create a process for the identification of players,” Rogers stressed ahead of the first-of-its-kind selection process.

Rogers credited the league’s soccer operations office for expediting a process that initially included forming a watchlist of “70-to-80” promising U SPORTS prospects.

“We continued to evaluate players throughout this U SPORTS season and then refined the list to a more manageable number of 30.

“That took us a bit of time, but we wanted to give the coaches enough of a player base where they can make an informed decision.”

Those decisions could be made during next month’s U SPORTS men’s soccer championship (Nov. 8-11), when some of the best university prospects will be on display at UBC.

“A big part of the process will come down to that last weekend,” said Rogers, adding the league’s coaches would be wise to take in the regional tournaments in advance of the national championship.

“This is a completely different process. It’s a draft based on eligibility,” Rogers offered. “The whole point of this is to have young players come in and out of CPL environments if they’re of a necessary quality.

“It’s a deliberate process where players don’t have to choose to leave university to play as a professional. It becomes part of their development, which is quite different from other drafts in North America.”

Whereas NCAA athletes drafted into American sports leagues forfeit their eligibility upon signing a contract, up-and-coming U SPORTS players will return to their universities to continue their studies and soccer development.

“It’s fun to create something from scratch. We’re very lucky to be able to do that,” Rogers added. “Some of the things we’re putting together with U SPORTS are far more progressive.

“We’re not under 100-year-old rules that make things far more restrictive over defining amateurism. We can be more deliberate so the kids have more say and more opportunities to determine what they’re going to do.”

Although Rogers admitted he has his first pick in mind, after pouring over hours of highlight tapes and video on these players, the ex-Wycombe Wanderers defender added the inaugural CPL-U SPORTS draft is fairly wide open.

He also predicted the U SPORTS agreement will help grow the university game in Canada.

“Over time this thing will evolve,” he said. “As more talent remains in Canada because of opportunities like this, the draft will become a more important piece as the league moves forward.”