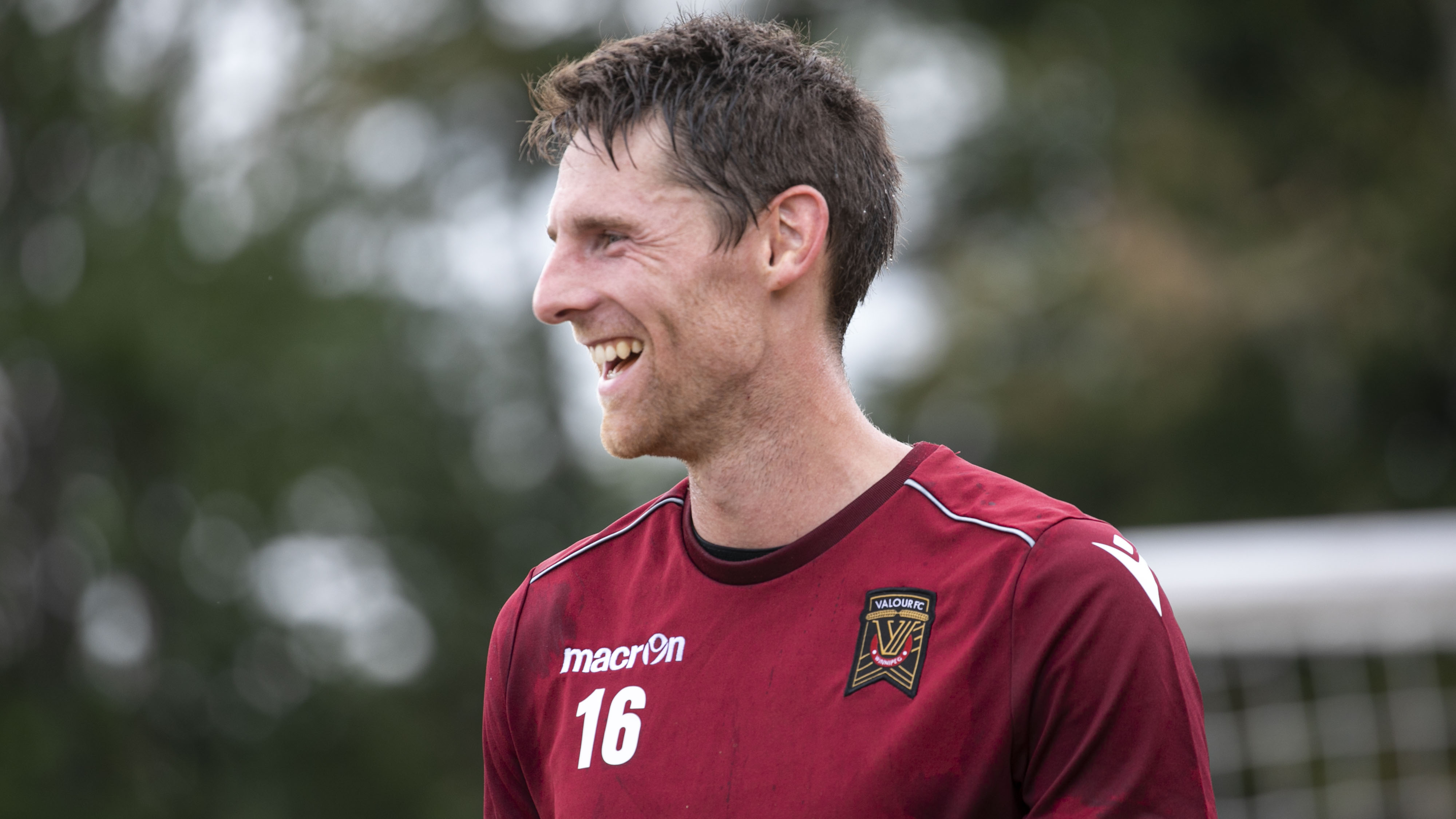 There might be an awkward moment or two, or maybe a tinge of nostalgia for Daryl Fordyce in the minutes leading up to the first touch between Valour FC and FC Edmonton Saturday.

After all Fordyce, the 33-year-old Northern Irishman/Canadian and Valour co-captain, just doesn’t have a connection to FC Edmonton, his name is remembered fondly by the franchise’s fanbase when the team played in the NASL.

Fordyce, you see, not only had two runs with Edmonton – from 2013-16 and again in 2017 after a brief stint with FC Cincinnati – he is also the franchise’s all-time leading scorer with 30 goals in 110 matches.

“Yeah, there will be some special feelings,” Fordyce told CanPL.ca. “I know the club, had a great time in Edmonton and still have a lot of friends within the team and within the city. But it’s also just another game for me. I’ll prepare exactly the same way, the same as the other boys.

“It doesn’t matter if we’re going against a blue jersey, a white jersey or a black jersey in front – for me it’s 11v11 on the pitch. Yes, there’s a lot of players I played with over the years and a number of players who came through the academy that are on the first team now.

“It’s a fantastic club. but for me and for all of us it has to be that 11v11 mentality. Our goal is to get three points, no matter if it’s Edmonton or whoever it is.”

Saturday’s match vs. FC Edmonton is critical for both clubs if they want to remain in the picture as one of four teams to advance past the first stage of the Canadian Premier League’s Island Games.

Edmonton is the only winless team in Charlottetown with three losses and a draw in four matches. And Valour, which was in third place prior to Tuesday’s loss to Pacific FC, has since been leap-frogged in the standings by Pacific, York9 FC, HFX Wanderers FC and Atlético Ottawa

Still, with three matches remaining – against Edmonton, the Wanderers and Forge FC – Valour very much control’s its’ own fate.

“We’ll control the controlables, stay positive and focus on ourselves because everything else is out of our hands,” Fordyce said. “If you dwell on things… this is a tough sport and soccer doesn’t care about anybody, especially the players.

“That’s also the beauty of it – you don’t have to wait long until you get your chance again to make things right again. And if you’re on a high, the game can also kick you back down onto your arse.

“All of this is why it’s so important to be humble in this sport.”

Valour FC has scored just four goals in the tournament, all coming in the 4-0 win over Atlético and with Ottawa a man down. There were chances aplenty in the loss to Pacific, but no finish.

That was put to Fordyce, who has scored a ton of goals in his long career.

“This is my 17th year as a professional and nothing’s ever changed. You’ve got to take your chances, because if you don’t most of the time you get punished for it,” he said. “We have a number of quality goal scorers within our team and as long as we keep creating the chances, we will find the goals.

“It’s a little bit different if you’re not creating the chances. Then that’s a real problem. It’s about having a little bit of composure in front of the net and putting it in there.

“The hardest thing in football is to score goals. But we have quality here. If we have that little bit of composure and put a couple away it will bring confidence. Then when you have that everything you hit you feel it’s going to go in the net.

“I feel if we can get that in front of the goal then we will be a very, very, very dangerous team.”