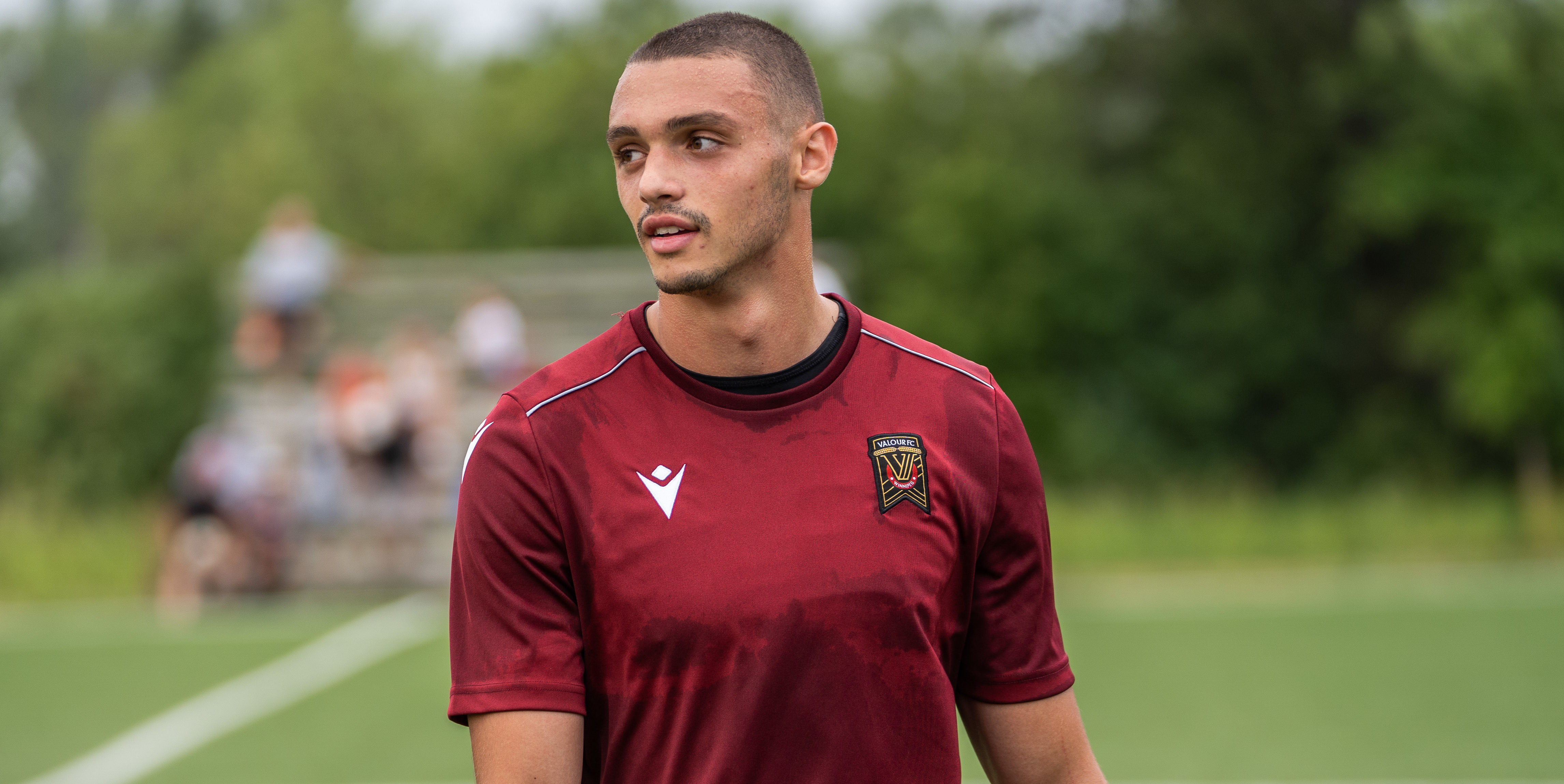 Valour FC announced on Friday afternoon that they’ve made one more addition to their 2021 roster, taking defender Rocco Romeo on loan from MLS outfit Toronto FC for the remainder of the CPL season.

Romeo is a 21-year-old Toronto native who’s a natural centre-back, and he has been in the TFC youth system since 2014. He has played 33 times for Toronto FC III in League1 Ontario, and 25 times for TFC II in the USL. Most recently, Romeo was on loan in Europe with HB Køge of the Danish first division, where he played 22 games and scored a goal.

At the international level, Romeo has represented several Canadian youth teams, including the sides that competed at the 2017 Concacaf U-17 Championship and the 2018 Concacaf U-20 Championship.

“Rocco is a terrific signing for us,” said Valour boss Rob Gale. “Rocco is a player I’ve known many years and have seen him develop through the youth Canadian national teams. He is a very welcomed addition to our backline and will be a key part of our team going forward.”

At 6’4″ tall, Romeo should bring a towering presence to the Valour defensive line, which will be a welcome addition in the wake of Andrew Jean-Baptiste’s season-ending injury suffered during the Kickoff. Romeo is not the first MLS loanee to head to Valour; this year, they have Sean Rea and Jonathan Sirois on loan from CF Montréal, and last season they saw major contributions from TFC’s Julian Dunn and Dante Campbell, as well as Montreal goalkeeper James Pantemis.

Currently sitting in first place in the CPL after eight games, Valour will resume their campaign on Saturday with a visit to Clarke Stadium to take on FC Edmonton.