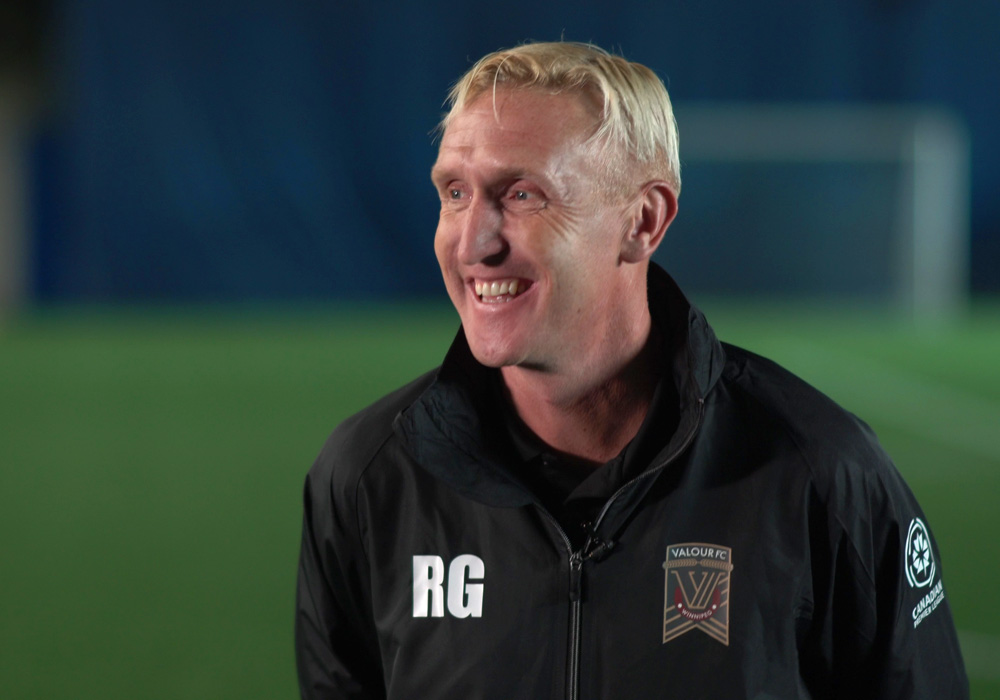 TORONTO — A ball hasn’t even been kicked yet in the Canadian Premier League, but Valour FC head coach Rob Gale is already cracking his knuckles and trash talking his fellow touchline tacticians, telling Joshua Kloke of The Athletic that he fears none of his peers.

“They’re all sh—!” Gale offered, with a laugh, when asked by Kloke which other CPL head coach he was looking least forward to playing against.

He was, of course, joking – quite in line with the jovial, quick-witted and generally cheerful banter Gale concocted this week during a three-days-long coaches summit, which saw representatives from seven confirmed CPL clubs converge in downtown Toronto to discuss league structures, roster building mechanisms and key dates.

It was the first opportunity for the league’s head coaches to get a feel for one another, and spirits were high throughout, with Gale leading the charge in brightening up what was otherwise a week of marketing and operations initiatives. The differences in demeanour were obvious.

Gale regularly cracked jokes at his fellow coaches’ expense, particularly against Cavalry FC’s Tommy Wheeldon Jr., who responded in kind throughout the three-day affair as Gale boasted that Valour FC would easily triumph over his side and FC Edmonton in what he called the ‘Prairie Cup.’

Ever-competitive in spirit, York 9 FC’s Jimmy Brennan had no problem dishing out what he received, too, while HFX Wanderers FC boss Stephen Hart watched on silently, his experience manifesting itself through the expression “A wise man once said nothing at all.”

With Gale and Wheeldon Jr. the more boisterous of the bunch, Pacific FC’s Michael Silberbauer and FC Edmonton’s Jeff Paulus posed more disciplined figures. It was Silberbauer’s first visit to Toronto, and his first time meeting any of his peers, though the former Denmark international looked composed throughout.

For Paulus, who patiently endured the taunts and trash talk of his peers in the prairie provinces, it was all in good fun.

“These are friends of mine. In some cases, they’re mentors,” Paulus told The Athletic. “To come into the league with them, to help move the game in Canada forward, I can’t think of a better group of guys.”

With a change of tone, Gale agreed.

“You’re seeing the camaraderie that we’ve built after many years,” Gale said. “And I think it’s quite refreshing. The game is about relationships and people.”