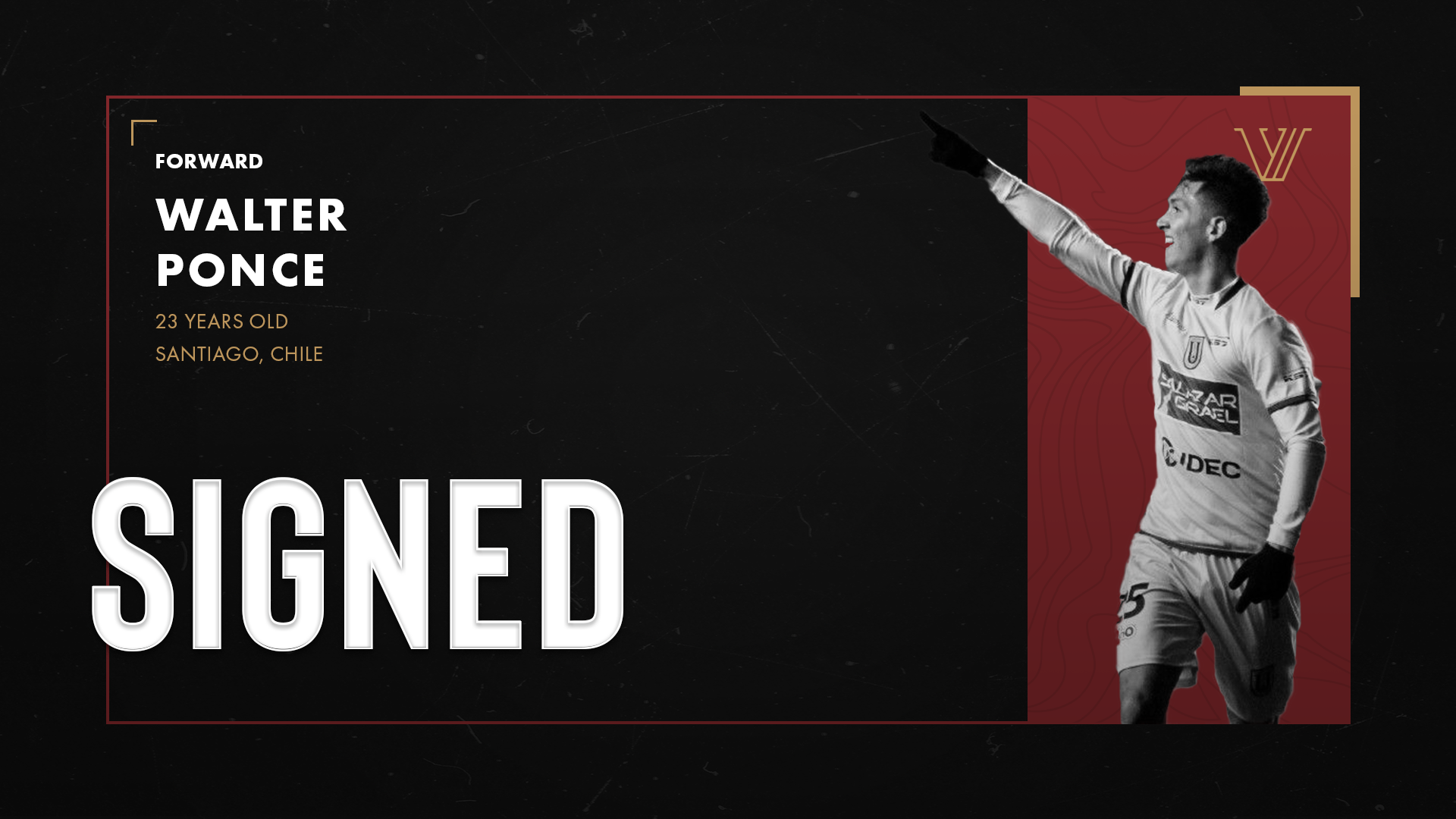 “Walter has an extremely high work rate, is dangerous in and around the box and is eager for an opportunity to show what he can do,” said Valour FC Head Coach & GM, Phillip Dos Santos. “We want young players that have something to prove and that’s what Walter is all about.”

Internationally, Ponce was a part of Chile’s U17 National Team squad for the FIFA U-17 World Cup, where he made two appearances, totalling 50 minutes played.