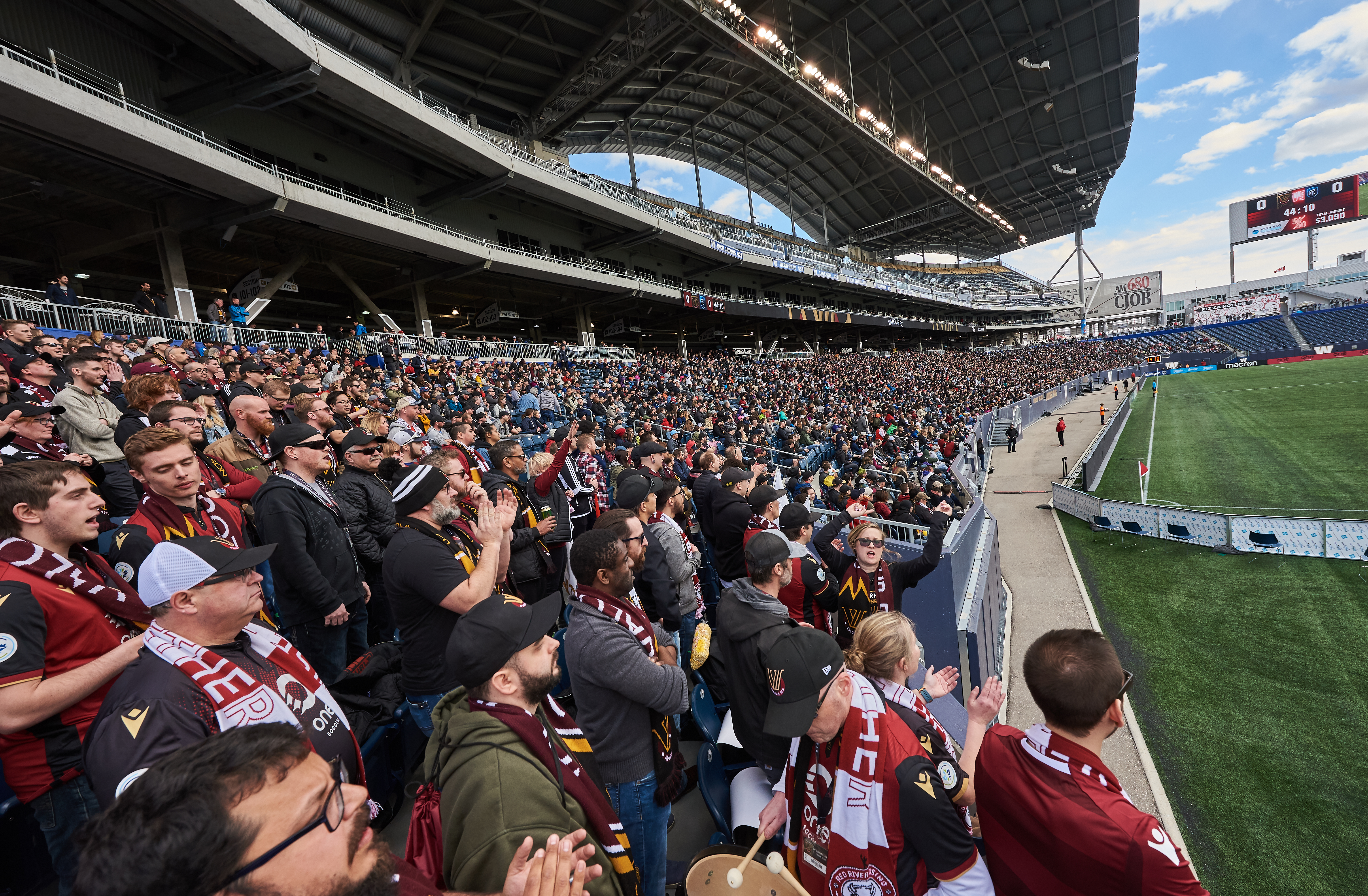 “There was so much lag – everyone was coming in at the wrong times,” Cottee joked to CanPL.ca. “We found out quickly that you can’t synchronize online.”

Chalk up this technical mishap to a new reality – supporting a club without a way to gather in person.

RELATED READING: Why May 4, 2019 is the greatest day in Canadian Premier League history

Normally occupying a section of IG Field known as “The Trench,” Red River Rising were supposed to celebrate Valour’s home opener vs. Atlético Ottawa this past Saturday had it not been for COVID-19 delays and protocols delaying the start of the 2020 Canadian Premier League season – and the Winnipeg side’s second year of existence.

With no game to attend, Cottee brought together members of Red River Rising virtually with their Fauxpening Day.

Valour coach Rob Gale and midfielder Jose Galan joined in the festivities. Group members had sent Galan gifts for him and his pregnant wife, who are expecting a child this summer, and saw the couple open them during the chat.

Thank you so much to all @RedRiverRising2 members and @ValourFootball supporters.Once again you made us feel like a real family. We are Looking forward to hearing your songs and your encouragement to the team in the field, hopefully soon. So grateful to the best supporters in CPL pic.twitter.com/IIwGbZKKrV

Galan and Gale were also judges of a tifo painting competition – which remains top-secret until the season’s start.

“You can’t paint too much tifo on such little notice. No one painted bedsheets, that’s for sure,” Cottee said.

While soccer supporters in Canada adjust to the new reality, perhaps there’s a glimmer of hope for fans in Winnipeg. Manitoba’s government allowed restaurant patios to open Monday, including outside space belonging to The King’s Head, Red River Rising’s home away from the pitch.

The restaurant offered a tailgate package for folks at the Fauxopening: a large pizza, six cans of beer, and Skittles to supporters.

I’m all set for our Fauxpening day gathering (thanks to @StoneMountain64 & the Kings Head for delivering!) pic.twitter.com/80ngfMABlQ

“We’re trying to keep connected, but we’re also to drive some business to our partners – like The King’s Head, for one. They’ve been so great to us. We went to that place right away. They loved it, promoted it a lot. They did get a fair bit of business, too,” Cottee offered.

With Valour unable to take to the pitch for the foreseeable future, Red River Rising is planning to get together as a supporters group more often.

“It’s about being there for the people in our group that are self-isolating alone. We don’t want them feeling alone,” Cottee said.

“We’re missing it, just like everyone else. But all we can do is be for one another as a community until things get real.”

No choir practices until then, okay?