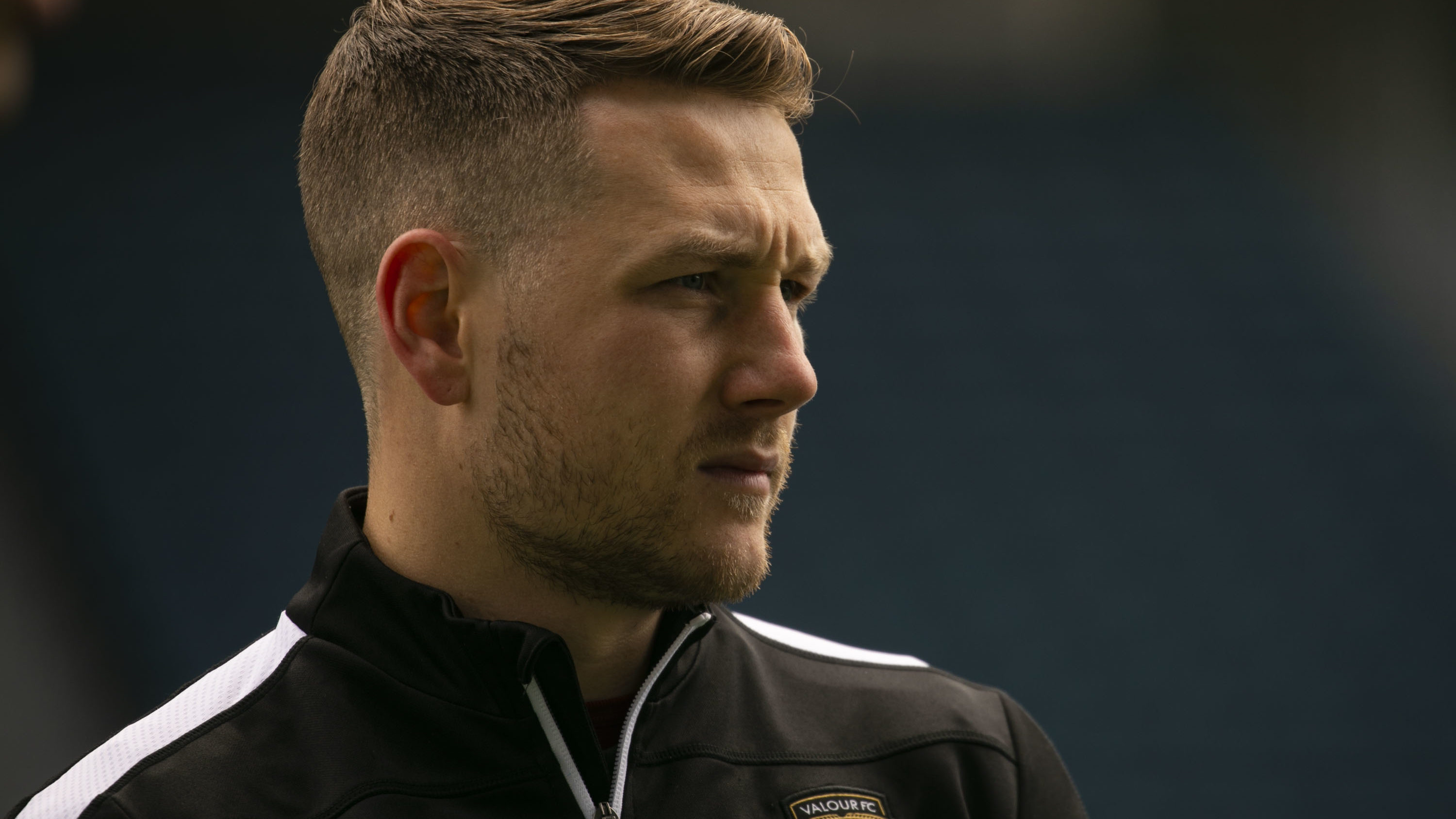 It’s been months and months – and months – of meetings via Zoom calls, of planning, of recruiting and of crossing fingers the Canadian Premier League would find a way to play in 2021.

Now that CPL Commissioner David Clanachan has indicated the league is committed to a 28-game season beginning in a bubble in mid-June to early-July, teams like Valour FC can now begin putting some of their ideas and theories to practice.

Winnipeg’s CPL squad will open the third training camp in its history on Monday at IG Field under the proper health guidelines. And for many of the coaches and players who haven’t competed since the Island Games last August-September in Charlottetown, PEI, just stepping on the pitch again for a training session will be a godsend.

“It’s just nice to be talking about starting training instead of the questions about when something might start, what’s happening with this or that, the protocols of small groups and facemasks,” said Valour FC coach Rob Gale. “Now we can just get back to talking about football. It means we’re all slowly moving to a better place.”

Two highly-touted signings – D Nestor Monge and F Ronny Maza – will not be joining the team due to ongoing visa issues. Gale told CanPL.ca club does still hope to add them in the future.

To get back up to speed, here is a quick Valour training-camp preview – and four key questions for Gale going into training camp:

What were the areas of need following last year’s Island Games?

Gale: “We sat down with management the first week of October and examined completely where we’re at, what we needed and who we wanted to come back.

“We felt we made some obvious strides and if not for some unfortunate injures we’re getting the results we were capable of last year.

“We looked right down the spine as an area we could improve. Centre-forward with William (Akio) and Jared (Uloa) offer extra pace and dynamics to our attack. We knew we needed to improve our offence so they’re big pieces. Adding Sean Rea and Keven Alleman, two terrific Canadian footballers with MLS and international team pedigree, is going to offer us a creative outlet and different look in our attack.

“We’ve addressed the areas we needed to.”

Why was it important to keep the core intact from a squad that didn’t advance out of the First Stage last year?

Gale: “In all three seasons – spring and fall of 2019 and then in the Island Games – we were sitting in third place with a couple of games to go. So, we’ve not been far away. And in all of those seasons we’ve had so many injuries.

“We felt the chemistry was good, the dressing room was right, the leadership was right. We needed to get better in the attack and we think we’ve done that.

“We got stronger as the tournament proceeded last year and played one of our best games against Forge, the eventual Shield winners, in our last game. That gave us the belief that we’re improving and we’re getting stronger. Now with the depth we have we believe we can overcome injuries that are inevitable.

“We can build as we go with our real good chemistry and value system in the group.”

This club created last year but didn’t always finish. Where will the goals come from?

Gale: “We believe it can come from William, who has scored at every level, and from Austin, who had more touches in the penalty area than most centre-forwards last year. Then you add the creative element of Jared, Keven and Sean, Brett, Masta we’ve got some pace and power.

What are some of the questions/issues you want to see answered during camp?

Gale: “How quickly can they adapt the game models and our principles. Then the question is what dynamic do Jared, William add to our principles? What can we throw at the opposition that maybe they haven’t seen before?

“We come in with clear principles and game models and we won’t change our view of the game. But when you deal with new pieces it gives you new ideas and more options. That’s going to be a real key piece in camp.

“The best way to say it is sometimes when you’re in a game and it’s tight and you need to unlock it, you say is it easier to go through with a surgeon’s knife or do you need a blunt hammer? You need different ways to break down an opponent and that’s what we hope we’ve recruited. Now it’s about what combinations work best against which opponent. It’s about finding out ways to play your best hand, so to speak.

“The other key is determining who works well with who. Those relationships are so important.  How are they going to fit, and how are they going to fit into the group? Can Keven Aleman blend with Brett and William and Jared? Think about this: we’ve been excited about Amir Soto partnering with Andrew Jean-Baptiste for over a year. Monday will be the first time they meet each other face to face. That’s crazy, but we’re excited to now have the chance to see them on the field together.”