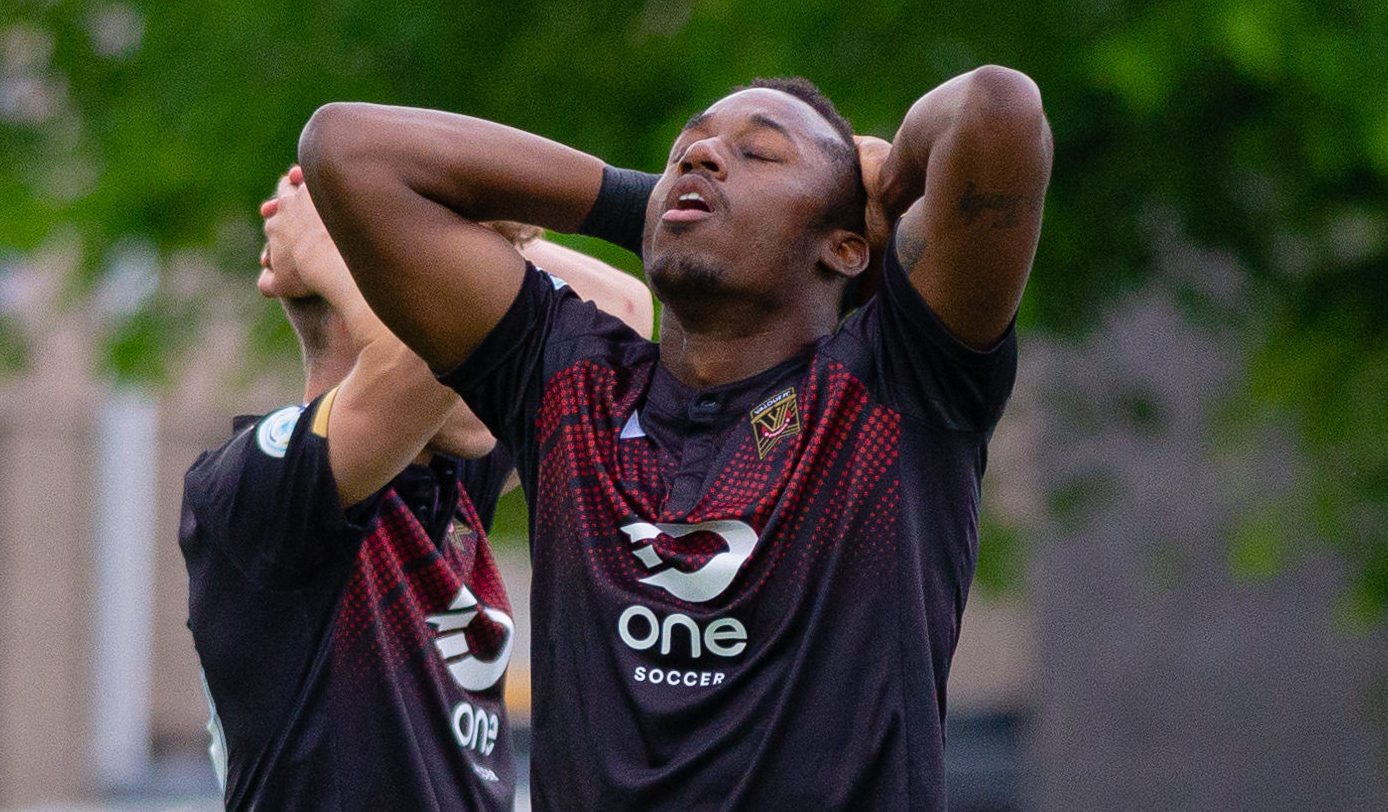 Valour FC defender Jordan Murrell announced Wednesday he would be stepping down as club co-captain for the remainder of the 2019 Canadian Premier League season, issuing an apology following a red-card incident against HFX Wanderers FC on Monday.

Murrell, 26, was issued a late red card against HFX on Monday, following heightened emotions by he and his teammates over a missed penalty call in the second half. As Murrell headed toward the locker room, he lashed out in frustration, kicking over a table and startling a scorekeeper sitting behind it.

Murrell issued a statement to media gathered at training on Wednesday morning, saying: “We spoke to the coaching staff and the teammates and we decided it would be best for me not to be captain the rest of the year.”

He goes on to add: “I completely understand the actions I portrayed on the weekend aren’t captain worthy and it’s about me regaining the trust of my teammates and my coaches and my fans.”

Murrell also issued an apology to both clubs, as well as to the scorekeeper: “I’ve spoken to my teammates and the coaches at length and would like to apologize to everybody … It’s out of character for me; obviously frustration boils over during the game and I didn’t deal with it properly. I understand that there are implications to that and I have to deal with them – that’s just the way it’s going to be.

“It wasn’t my intention to bring harm to anybody. It’s not a reflection of the club or a reflection of me, it was frustrations boiling over at the time, and I’d like to apologize for that.”