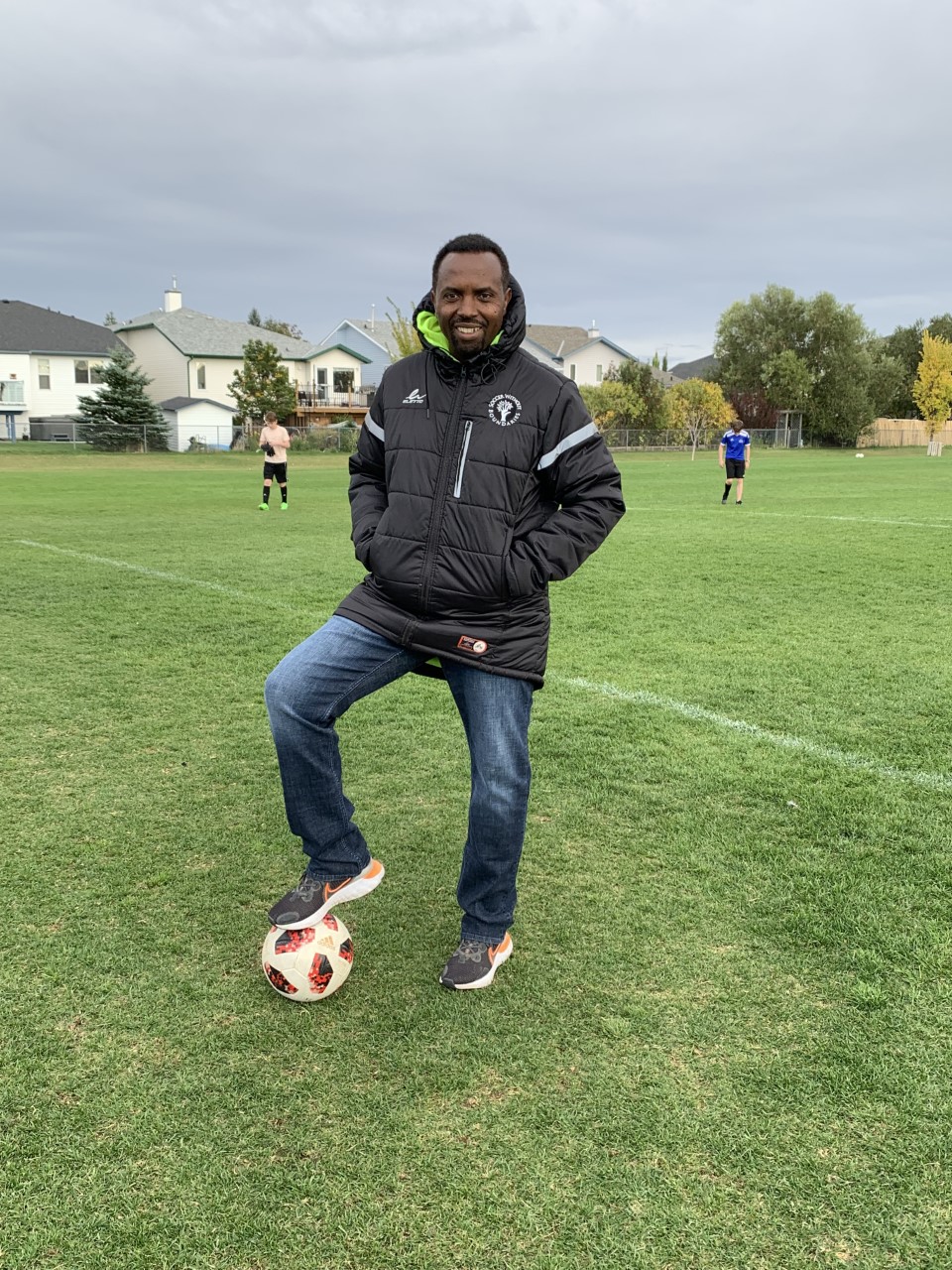 Volkswagen Canada and the Canadian Premier League have been on a nationwide search to find Change Makers in our communities. We’ve been looking for stories about unsung heroes in local soccer communities, those who are going above and beyond to drive inclusivity, accessibility and change for the better. Change Makers are leaders, on and off the field. We are happy to present our three finalist Change Makers. Now, it’s up to you to help decide our winner. Read their unique stories and vote for your favourite. You can vote once daily until the closing date of October 6th. Help us crown our 2021 CPL & Volkswagen Canada Community Change Maker!

For more information, and to vote for one of the nominees, click here.

With a knack for identifying issues and taking immediate action to implement change, Jean Claude Munyezamu’s influence on Calgary, Alberta, is making waves in the community.

After living in different refugee camps, Munyezamu immigrated from Rwanda in 1998 and brought with him an understanding of the various values of playing sports after organizing soccer games in the camps. Eventually, he would do the same thing in Canada but on a much larger scale.

Implementing change in his local community started back in 2010. Munyezamu saw a need for transformation in his neighbourhood, specifically at a local park home to some alarming activities. After recognizing the problem, he intended to turn the park into a place for kids to come together to play the world’s game.

“During the day, the local park was not safe in the neighbourhood,” he explained. “The kids were meeting in this park and doing what kids do when they have nothing to do. Shoplifting in the local stores, learning to smoke marijuana, drug dealers would come basically to recruit kids there.

“The families were scared of this park … I couldn’t push kids on the swing.

“When I tried to talk to their families and ask ‘What can we do?’, they said ‘Oh, no, it’s been this way for many years, you can’t do anything’ [but] I said ‘No, we should do something.’ ”

Powered by persistence, Munyezamu gathered a group of 25 kids, grabbed a ball and started organizing what would eventually become Soccer Without Boundaries. Word spread like wildfire and within two weeks, roughly 75 kids were in attendance. As of today, the program has assisted upwards of 650 participants.

Over time, players were introduced to local competitive leagues allowing for what Munyezamu calls “socio-economic integration.” Children from various backgrounds, incomes and life experiences became not only teammates but friends, thanks to the union.

“It’s amazing to see how the child who just come to Canada, they can’t speak English, when they come and join the team they play soccer, they score goals, you can see high fives. You can see the teammate rather than seeing ‘them and us,’” he said.

“Soccer is something where the rich child and the poor child meet and do something they love.”

But his influence did not stop there. When the COVID-19 pandemic hit in 2020, his community outreach expanded beyond organized sports. Soccer Without Boundaries amalgamated to become Umoja Community Mosaic which now focuses on providing numerous services for those in need.

“All social agencies closed so I found myself answering to the parents of those children who are in our program because we were the only connection they had, we had to improvise,” explained Munyezamu.

“During the pandemic, those who don’t speak English they have no computer, no Zoom. So, we went looking for them to see who needed prescription medicine. We went to pick it up for them. Who needed food? We brought food for them.”

Within 48 hours of recognizing the issue, he set up a food bank and community programs for women and seniors alongside the already ongoing tutoring program. The homework assistance, in particular, made a big impact. Children “who could not recognize their names when they wrote it down” were shocking local elementary school teachers with their development, according to Munyezamu.

Yet even with the support of multiple employees and volunteers, individual determination remains a powerful force. His ‘nobody gets left behind’ mentality partnered with a drive to continuously go the extra mile to help those in need is a large part of his character.

Whether it is handing out his phone number, chauffeuring a bus full of children to practice, introducing families to new cuisines, or hanging nets during the winter so children could play soccer any time of year, his effort has no limits.

“Children from across the street and kids from this public housing, they met in the park trying to shovel snow and get a little patch of grass [where] they can play soccer. That’s activating neighbourhood,” recalled Munyezamu.

Using organized sport to stimulate community connections, see children reach their full potential and above all, leave an impact on young lives, inspire him to continue.

“This community work is very important because there is something called giving back. I believe every human being has something to contribute,” he said. “I’m very thankful that I was given this opportunity to do this. Serving people is a privilege.”

“My favourite part of what I do is seeing a child who is basically coming to me very small, very scared, and unsure, feeling that they are not good. And after six years I can see the kid is good at something … And that’s my favourite, when I see a child being transformed through soccer because of not [just] me, but everyone that they meet on the way.

Click here to read about the other nominees for the Volkswagen Community Change Maker Award.