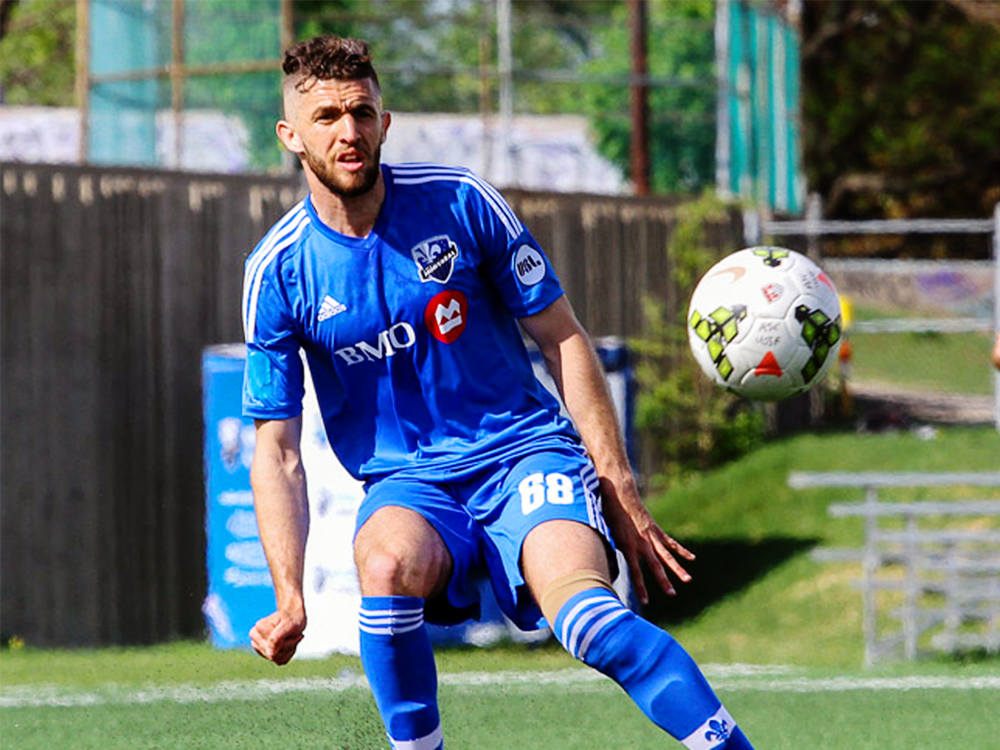 HFX Wanderers FC have made a key roster move as the club continues to build for the new Canadian Premier League by signing centre-back Chakib Hocine.

The 27-year-old Canadian joins the Wanderers after an impressive season playing in Finland’s second tier.

Playing at the heart of the backline, Hocine helped Ekenäs IF finish third in the league, in addition to being a part of the team’s run to the semi-finals of the Finnish cup.

The 6-foot-5 defender is coming back to play at home as a key member of a core group of Canadian players who will represent the Wanderers in the CPL.

‘Good in the air and comfortable on the ground’

Stephen Hart, the Wanderers’ head coach, expects Hocine to play a commanding role for his team, bringing organization to the defence.

“I am looking for him to bring a certain level headed leadership,” Hart said. “We scouted him extensively. He is good in the air and comfortable on the ground.”

The Wanderers’ boss revealed that securing Hocine’s signature was “no easy task” because several other teams were chasing him as well.

Hart had also earmarked the centre of defence as a pivotal position and a priority for the club from the beginning of his tenure.

“Centre-backs are the first line of the build up and the second to last line of defence,” Hart noted. “Chakib’s distribution is quite good, so I think this was essential for us to not only have those qualities but experience and leadership at the back.”

Born in Algeria, Hocine moved to Canada with his family as a baby, settling in Montreal, where he grew up kicking a ball around with soccer as a “religion” in his household.

Hocine’s footballing ability was first spotted at the organized levels of the game as a ten-year-old by Saint-Léonard’s youth team.

He went on to play at the semi-professional level for Mont-Royal Outremonts which led to him attracting the attention of the Montreal Impact academy.

After a season with the Impact’s U23 program, a United Soccer League debut with FC Montreal was to follow in 2015.

That’s where he played alongside the Wanderers first signing Zachary Sukunda for a season.

“I know Zachary the player and the person, so it will be nice to play together again and it’s important for the team and the city because we have a connection to bring this on the field,” Hocine said.

He was released by FC Montreal but still acknowledged how the club helped shape him as a pro. He returns intent on revitalizing his career in Canada.

“For me that was a dream to play in Europe and it was a great season in Finland with Ekenäs but I was hearing about the CPL, everyone was talking about it,” Hocine said.

The stars aligned with the combined lure of a chance to play close to home, where his family can travel from Montreal, as well as the opportunity to play for a coach he admires.

The big defender is setting his sights high, hoping not only to win the trust of his new head coach at the Wanderers, but also to try to force his way into the thinking of John Herdman, the coach of Canada’s national team.

“It’s my goal to play for my country, that’s my ambition,” Hocine said. “I know it’s step by step, I want to have a good season in Halifax and hopefully after that it will come.”

After reading about the unique atmosphere the fans hope to generate at the Wanderers Grounds — as well as seeing eye-catching pictures of Halifax — Hocine is looking forward to arriving in Nova Scotia to begin the next chapter of his career.

“I’m so excited, I know the fans are really nice fans and it’s going to be a great season,” he said.

He’s signing for the club pending a medical and the completion of an International Transfer Certificate in the transfer window, when it opens in February 2019.