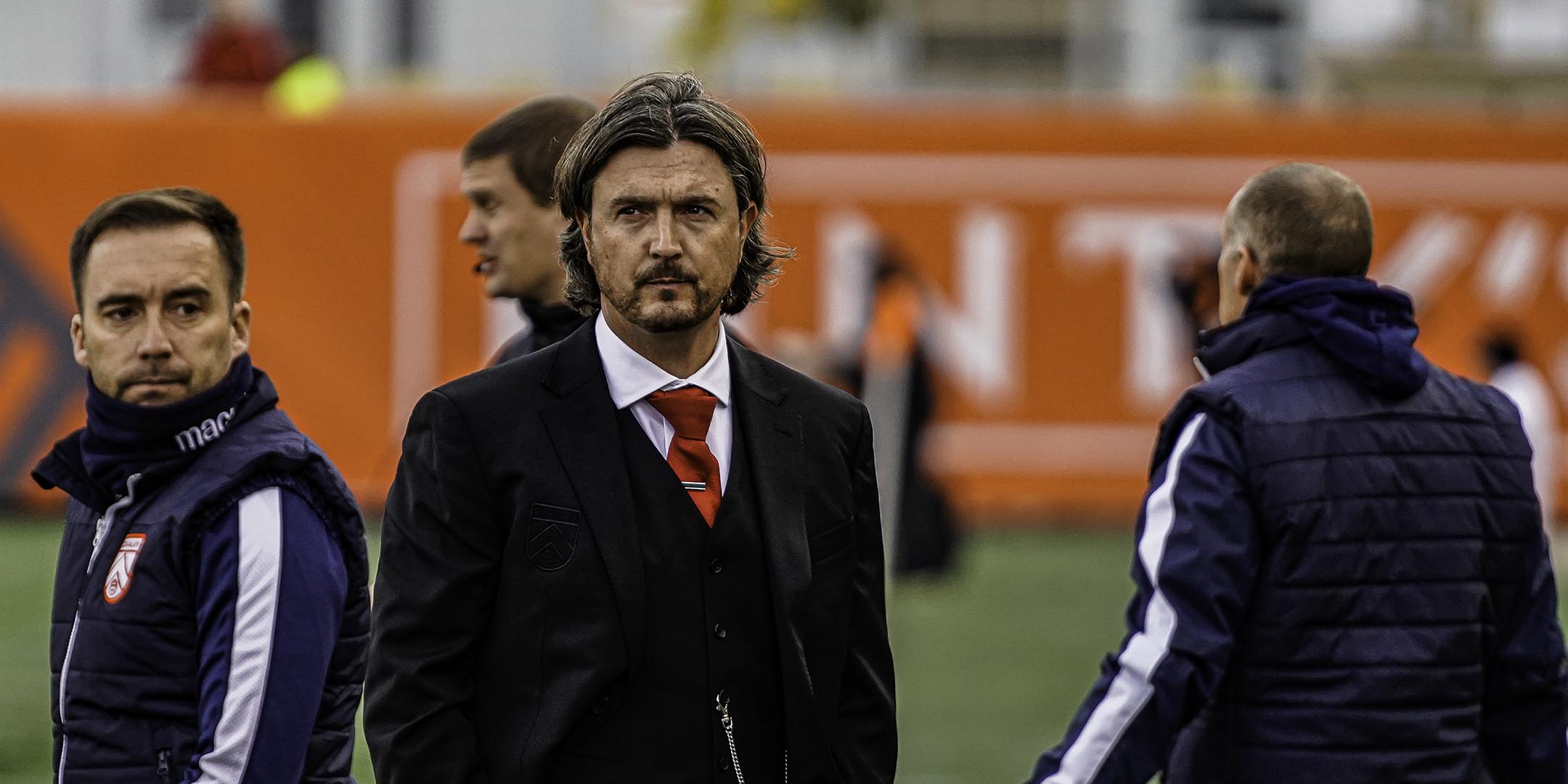 The Canadian Premier League is coming to the nation’s capital, with Club Atlético de Madrid from Spain bringing professional soccer to Ottawa ahead of the 2020 season, and with eight teams now vying for the North Star Shield, the shared mission of all involved grows in scope and scale.

Indeed, the league’s head coaches – serving as more than tacticians and trainers, as figureheads for their own growing soccer communities from coast-to-coast – are united in the net benefits that come with CPL expansion.

As Kurt Larson of OneSoccer points out, expansion is the single biggest story in Canadian soccer, today.

(I’d go so far as to call the growth of the Canadian Premier League one of world soccer’s most important stories, too).

But, how do the league’s bosses feel about welcoming an eighth team into the fray? And, more specifically, in Ottawa?

As Josh Simpson, president over at Pacific FC, puts it, “This is nothing but a positive for all of us.”

But, HFX Wanderers FC coach Stephen Hart puts it best, because of course he does, telling CanPL.ca: “Ottawa is … an unexpected addition for 2020, yet welcoming! This move has proven to stimulate the appetite for everyone. Overall a major developmental step for the league. We now have four teams in the East and a CPL club in the nation’s capital. It’s simply fantastic!”

York9 FC coach Jimmy Brennan concurs. He points out that expansion into Ottawa is a clear sign that the collective is “continuing to grow the game in this country.”

“It’s exciting times for the game. You can only imagine where this league is going in the next five, 10 years and beyond. We’re looking forward to it,” Brennan offered.

Adding to that layer of positivity? The fact that a massive club such as Atlético Madrid is behind this expansion project in Ottawa.

“When you’re getting interest from a massive club like Atletico Madrid coming in and wanting to be a part of this league, it just shows you the direction that Canadian soccer’s going,” Brennan explained.

Added Jeff Paulus of FC Edmonton: “To see an organization and a massive global club like Atlético want to invest in the Canadian Premier League shows that what’s being done behind the scenes is obviously impressive enough to entice the giants to want to be a part of this.”

So, plenty of optimism from coast to coast. But, looking beyond the sentiment, there are a few more advantages, too.

Namely, as Bobby Smyrniotis of Forge FC explained, an eighth team does a lot for the actual playing-out of the season, too.

“The addition of Ottawa as the 8th team to the CPL symbolizes the strength of the league as a whole and continues on the successes we have seen across the league in the 1st year of operation,” Smyrniotis stated. “But on the field, it brings us to eight teams and therefore a balanced schedule where we could see four games per match day.

“Furthermore, it will provide at least 17 more positions for Canadian players to compete as professionals on a daily basis which is crucial to the growth of the game.”

Smyrniotis is correct. An eighth team does do wonders for the balancing of the schedule. But, as Rob Gale at Valour FC also points out, adding an eighth team in such a balanced schedule means “the travel burden is now reduced, creating more continuity and overall better player performance – all of which is better for the fans enjoyment.”

So, a warm welcome from all parties, on all topics involved.

And why not? As Wheeldon Jr. points out, “Ottawa’s history has proven that it is a soccer city, and this new club now has a great starter kit with the passionate fan base and a large stadium capacity (at TD Place).”

But, another team in Ontario means that, even with all this early good-will, some teams are already looking to have a go with the new kids on the block.

“They’re going to be a rival,” Brennan affirmed. “With Forge, us, and Ottawa, it’s great for the fans, and it’s within distances that we’ll have fans travelling to these games and creating great atmospheres. This is what this game is about; it’s about growing interest and getting travelling fans to away games with you. It’s wonderful for the league.”

Forge’s Smyrniotis agrees: “For our fans, we now have another provincial opponent to continue the growth of our great supporter culture in Hamilton.”

But, don’t call it an Ontario derby just yet … Edmonton’s Paulus has other ideas.

“FC Edmonton has a history with Ottawa in the NASL days … and many people won’t want to hear this, but I consider Ottawa our biggest rival,” Paulus said, laying down the gauntlet with no hesitation.

“Based on our past games against another, they’re actually a bigger rival to me than Calgary.”