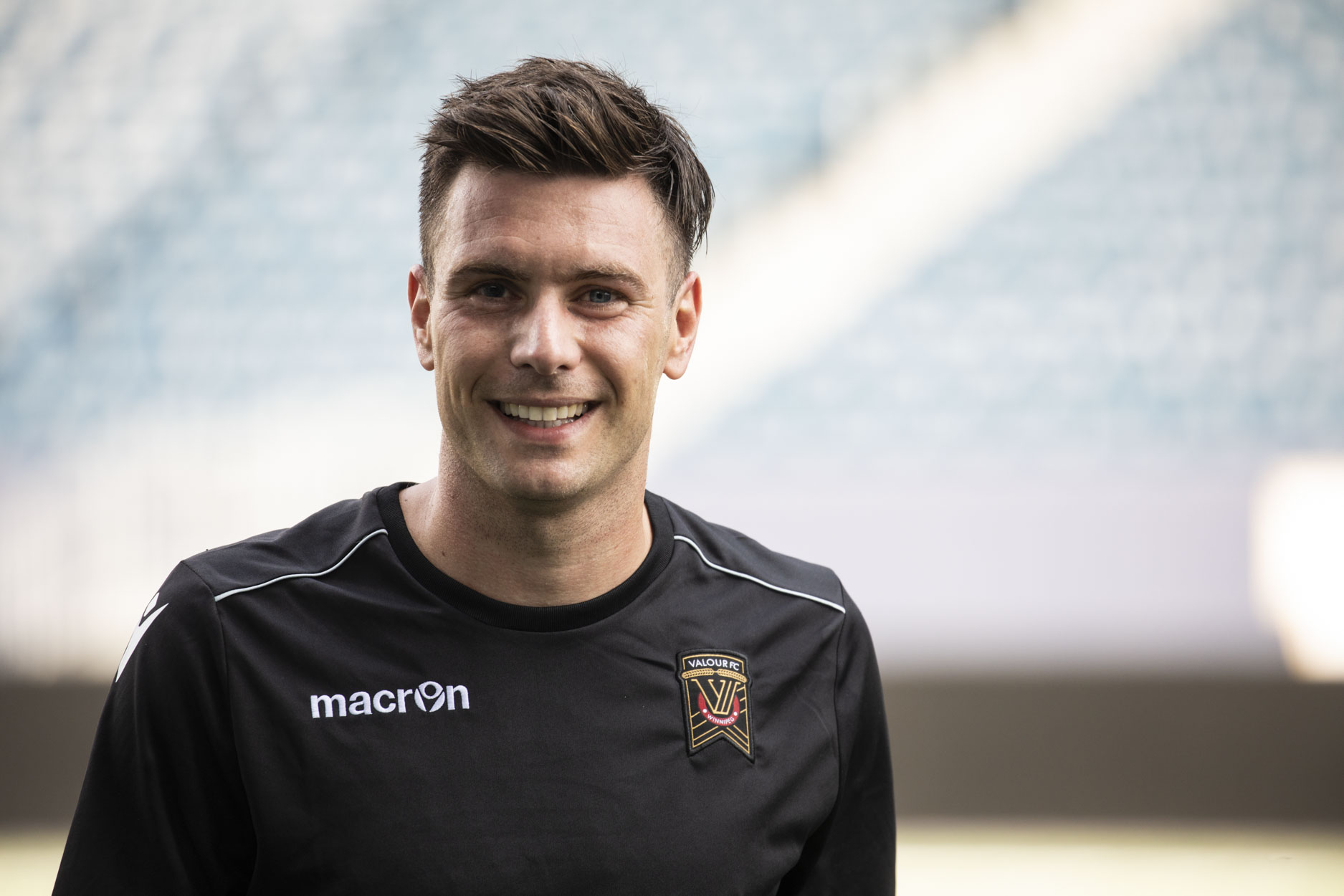 First impressions can be lasting, and Michele Paolucci’s introduction to Canada, to Winnipeg, to Valour FC and the Canadian Premier League has been a lot to digest even for the most grizzled of footballers.

Just to recap Paolucci’s first few days in the Great White North; the 33-year-old forward joined Valour less than a week ago and after working to recover from jetlag from flying overseas, then had his flight to Hamilton last weekend delayed by five hours before he watched his future teammates struggle in 40C heat in a loss to Forge FC.

Yet there was Paolucci at his introductory press conference, thanking Valour FC boss Rob Gale and the rest of the staff – including the team’s lawyer – for this opportunity, opening with: “I like this country.”

Clearly, Valour FC are hoping that Paolucci can add some offensive spark to their attack. He had seven goals in 20 matches with his last club, the Tarxien Rainbows of the Maltese Premier League. But there’s more than just the black and white of his matches played and goals scored.

“Number one, you can look at his resume and his history, and for us, it’s adding his leadership and experience, goal-scoring record and all those factors,” said Gale. “But what became very clear in talking to Michele is he was hungry for this opportunity. He feels that he can continue to improve in his game… and he’s here to help the younger players.

“In our discussions with Michele, he knows very clearly who he is and what he’s about and he’s hungry to be here and help the team and the cause and he knows what he can bring to the table. One thing we’ve learned as a team is we need to be able to put pressure on their centre-backs and the quality of that end product, which we’ve talked extensively about, needs to become better for us as a team. He fits that bill.”

“You can always improve, even when you are 33,” he said. “This is an amazing step for my career. I’ve played more than 300 games in Europe, but I wanted to try this new experience because I want more from myself and I wanted to give something to this club.” 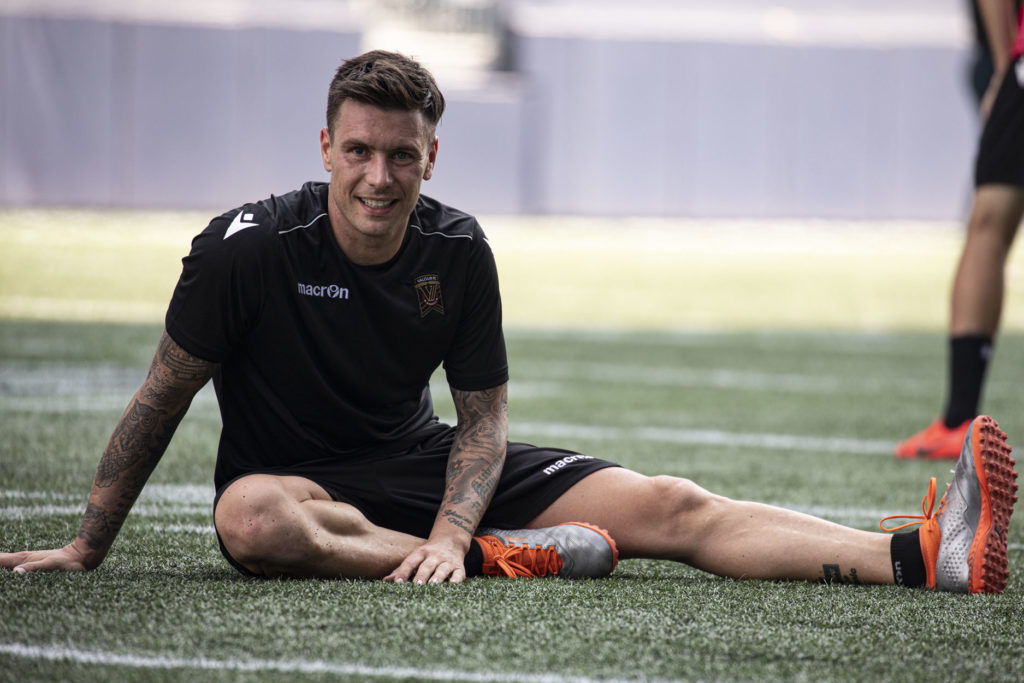 As for the pressure that comes with the expectation he can deliver some touch around the net, Paolucci smiled and added:

“Of course we must improve, but the coach knows this more than me and I’m here to work hard on the pitch because I know if you work hard, you play harder. It’s true. This is what I know and what my career has told me.”

Paolucci, additionally, stressed his signing with Valour FC isn’t some effort to add a few more matches to his resumé. He’s here to work, to improve and to help his new teammates in whatever way he can.

Asked how serious he was taking this opportunity, he offered this:

“Every country, every place… it’s never easy to play football, trust me. Someone can think that if I go to Indonesia it will be easy. It’s not easy because every country has mentality and you must know and trust your teammate, what the coach wants from you.

“For me it’s an amazing experience to arrive here. I’m ready to keep my dream alive because this is my dream, this is my life and this is what I was born for.”

Valour FC was down eight players for Monday’s training session, either because of injury or the after-effects of playing in the heat last Saturday in Hamilton. Gale said two players ended up in hospital after the game, one of which couldn’t fly home with the team, while five players in total were suffering from severe heat exhaustion afterward.

“It’s hard to criticize players and individual errors in the heat,” Gale said.