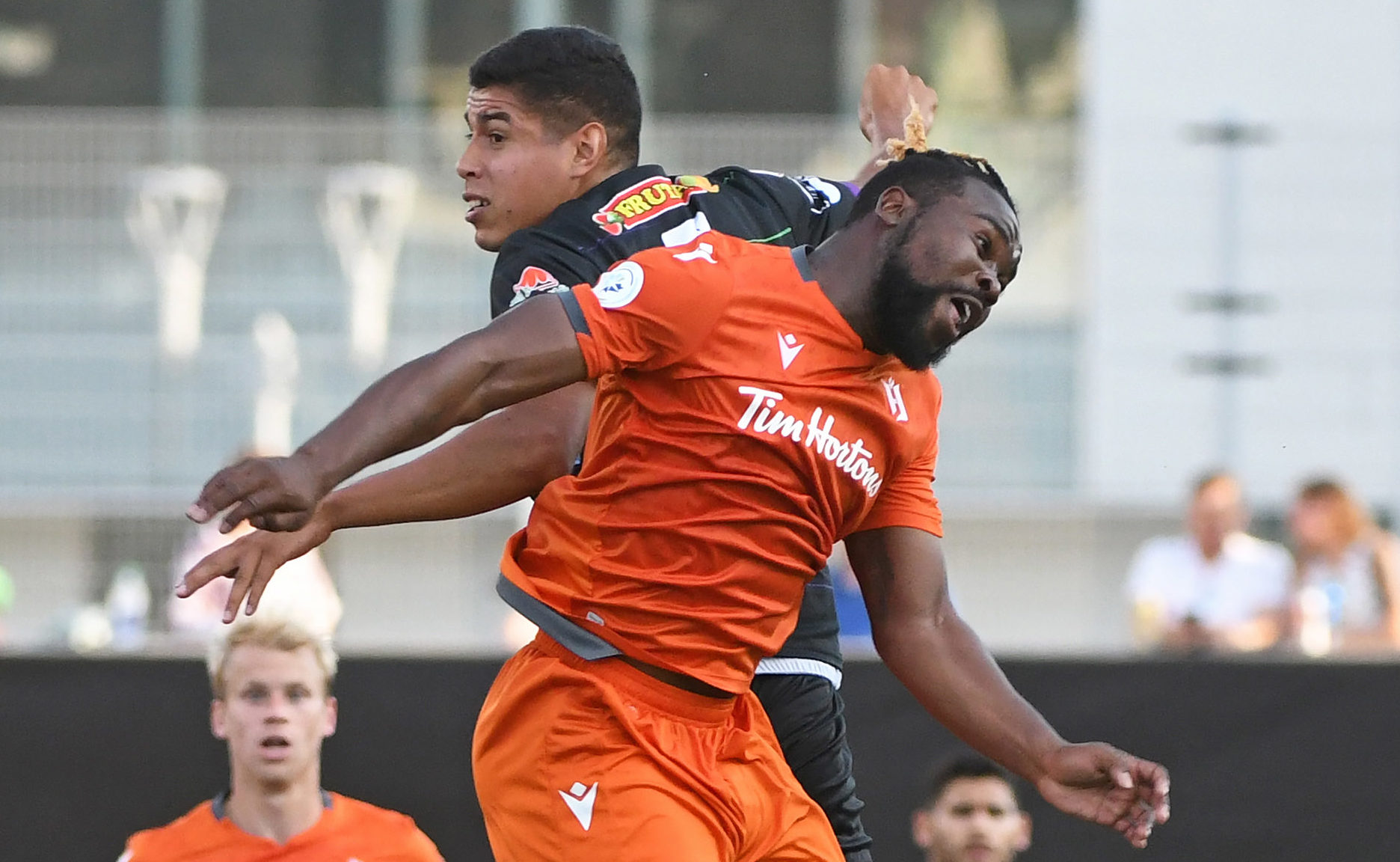 HAMILTON – Thursday night marked the first time Forge FC, let alone a Canadian Premier League club, had played an international opponent. Though the play on the pitch made it seem like these two squads had met multiple times.

The first leg between Forge FC and Antigua GFC can be described as chippy, back and forth, and, of course, dramatic … though it took a half-time pep talk by Forge head coach Bobby Smyrniotis to actually make this historic event in Hamilton an exciting one.

Smyrniotis’ club was not only down a goal after the first half, but they also looked defeated, outshot 6-2 in the first 45 minutes. Not an absurd amount of shots allowed; it’s just such a rarity for the Hamilton-based club to get outshot, especially for a team that boasts such a ferocious attack.

“We were maybe a little hesitant on the game, not knowing the opponent and the circumstance at hand,” the Forge head coach said. “We had a lot of positive moments in the first half but I think we needed to be more aggressive and get on the front foot.”

Forge forward Emery Welshman figured nerves had something to do with it, especially with the ages of his fellow teammates.

“This was maybe the first time for some guys on our team taking part in international play,” Welshman said. “We have a very young team, to be honest, Antigua’s average age is like me (27 years old) and Bekks’ (Kyle Bekker) age (28 years old), the two oldest guys on this team. It just shows you how young our team is and I thought we did an excellent job.

“Bobby just told us to impose ourselves and told us we’re the better team, the better players and we went out and showed that, especially in the second half.”

In a second half that featured the exact sort aggression coach Smyrniotis was looking for, the home squad turned up the heat at Tim Hortons Field, scoring a goal in the 46th minute and David Choiniere playing the hero in extra-time to lift Forge FC to a 2-1 win.

After the win, without blinking an eye or hesitating at all, Welshman said with utmost confidence: “We showed Antigua the quality we have going forward. They’re probably used to dominating their league and we dominated them tonight.”

That confidence has maybe rubbed off on Smyrniotis, too.

“The first thing we said after the game was ‘Now we know who we’re playing’ in the next game,” Smyrniotis said, adding that his team must now prepare for a “whole new atmosphere” come August 8 in Guatemala.

However, that prospect doesn’t seem to phase him.

“We’re confident we can score goals,” Smyrniotis said. “We’ll go in with the same mindset, it might be different with the crowd, but I think if you want to play this game, you want to play against a team with a very warm crowd.”

The two veterans for Forge are going in with that same mindset and expecting nothing less than an entertaining match.

“They’ll be in their backyard expecting a circus so it should be fun,” said Welshman.

Bekker added: “It’s going to be a fight for sure.”

If Forge “fights” Thursday night the same way they fought back tonight, Bobby Smyrniotis’ club is in good hands.