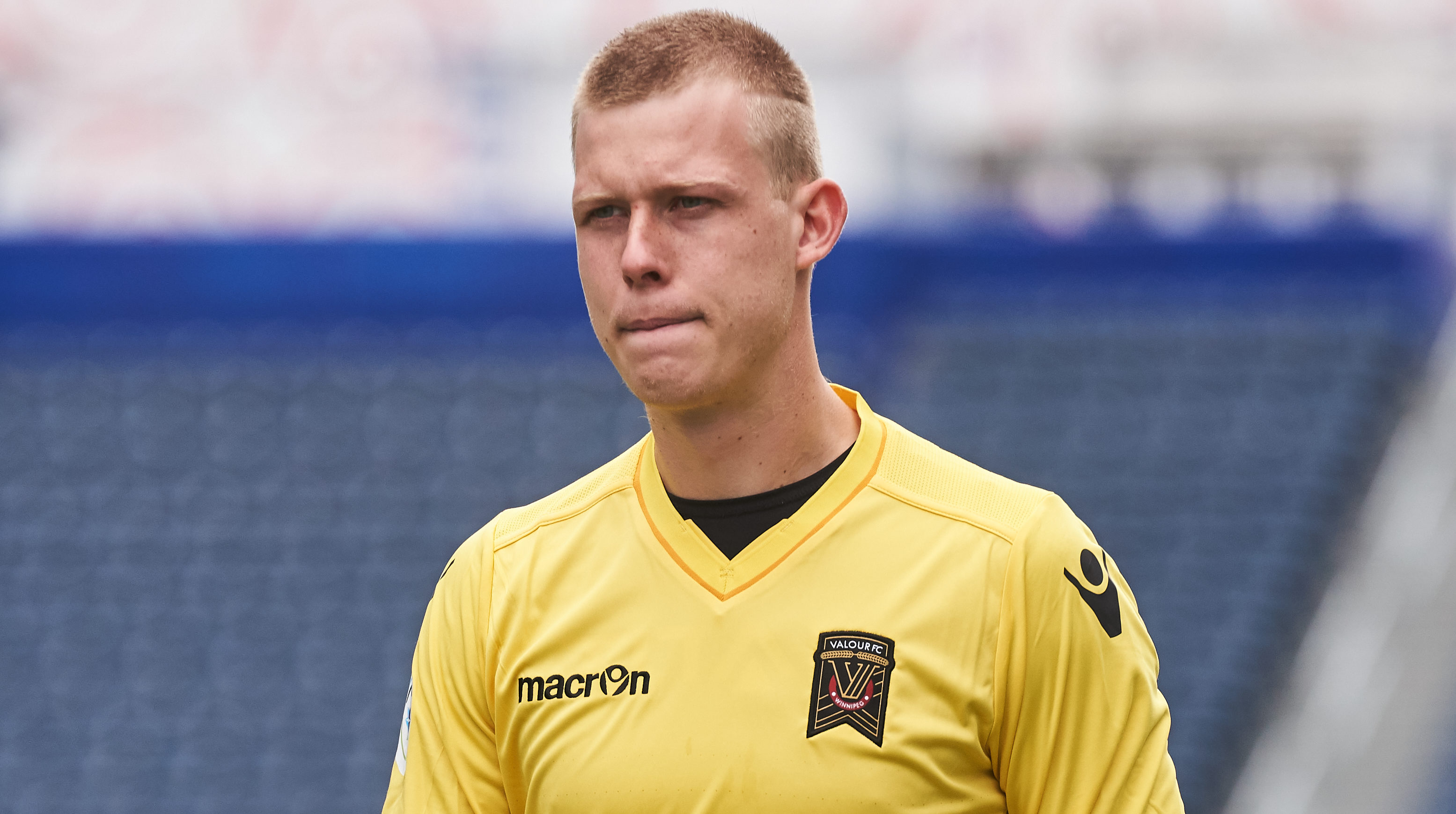 Now 10 matches into Valour FC’s inaugural campaign over all competitions, goalkeepers Mathias Janssens and Tyson Farago find themselves level with five appearances each.

It’s a nice gesture – giving both net-minders an equal slice of the pie in an otherwise hierarchal occupation.

But it’s not going to last long: The time has come to pick a No. 1 goalkeeper in Winnipeg.

Valour head coach Rob Gale said as much after their 2-1 defeat to Pacific FC at IG Field on Thursday. Janssens was between the sticks that night, finishing an even five-match split between him and Farago.

“They’ve had five games each by design,” Gale said. “We wanted to give the youngster [Janssens] a fair crack at it and we’ve given them time.”

Gale and co. saw the end of the Spring session, after Valour faded from contention, as a chance to give both ‘keepers a run in the team.

“Obviously, because results haven’t gone our way, this was an opportune time to do that. We knew we weren’t competing for the Spring championship.

“They’ve had a nice even crack at it and now it’s time for us to settle on a first-choice goalie.”

Winnipeg-born Farago entered training camp with pedigree; several seasons at FC Edmonton and fresh off pro experience in Ireland. Janssens was a young, unknown Belgian prospect who has performed admirably.

In fact, the 21-year-old has an edge statistically over Farago in saves (13-8) and save percentage (76%-57%) through their four league matches. Neither ‘keeper fared particularly well in the side’s two Canadian Championship matches, posting similar below-average games over a two-legged defeat.

When asked who that No. 1 ‘keeper will be following Thursday’s result, Gale stayed quiet.

“We won’t make the decision in the frustration of a defeat,” Gale began. “We’ll look at it in the cold light of day. They both have good strong attributes and whoever steps up, or who we go with, we’ll be confident in.”