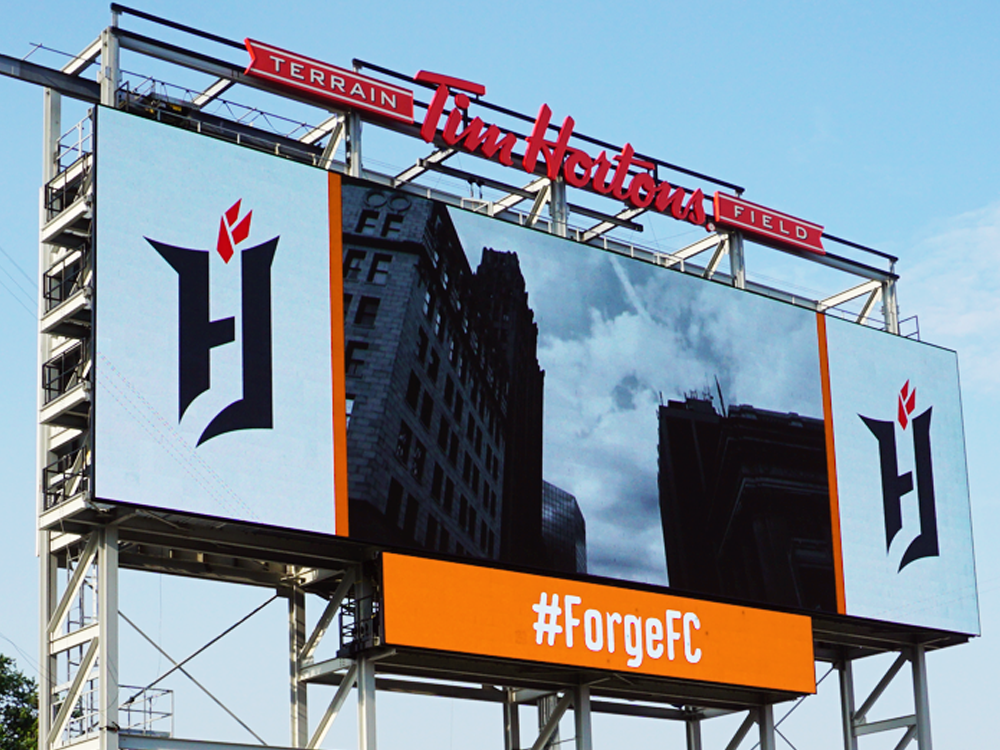 What is CPL Editorial most looking forward to during the league’s inaugural match?
2019-01-29
by
CanPL.ca Staff
News

TORONTO – The Canadian Premier League is set to kick off its inaugural season on April 27 as Forge FC plays host to York9 FC at Tim Hortons Field, and with the eyes of the nation on Hamilton for the historic event, CPL Editorial will be on-scene taking in and documenting all the action and moments to remember.

As the first kick fast approaches, here’s what each member of CPL Editorial is looking forward to seeing on opening day:

No, my most memorable soccer experiences are the league and home openers I was fortunate to take in as a kid — the moments that showed me there was a path to professional soccer at home.

I’ll never forget attending the Kansas City Wiz’s (yes, that was the club’s original iteration) inaugural game at Arrowhead Stadium as a nine-year-old in 1996.

I remember all of it.

It was a moment I hope will be replicated for the young Canadians who descend on Tim Hortons Field when Forge FC hosts York9 FC on April 27 in the CPL’s inaugural match.

I’ll know it’s special when I peer out over thousands of orange-clad fans — many of them young boys and girls — who no longer need to turn to TV to emulate their soccer idols.

What I’m looking forward to on April 27 is seeing myself in the faces of Canadian soccer fans who are thrilled to finally have a league of their own.

Deep breath in. You smell that? It’s not just the smell of chip buttys, beer and popcorn: It’s the palpable air of history, unfolding before the eyes of thousands of onlookers in Hamilton.

And while game-day fair has always been a personal favourite for this writer, I’m most looking forward to seeing another take on what has become a familiar comfort.

I’ve only ever known soccer with a Canadian flavour; unfortunately, I haven’t made the trip to Stamford Bridge quite yet. But having cut my teeth at BMO Field for the last dozen or so years, I’m most intrigued by the prospect of seeing soccer take hold in new cities, in new communities, and, most presently, in Hamilton.

Will it feel the same, I wonder?

How will the Barton St. Battalion bring the stadium to life? Will York9 FC’s Generation IX bring the same attitude and spirit of rivalry that the Impact’s away travelers do to Toronto? Will the first CPL goal feel like Danny Dichio’s? Will those goosebumps during the playing of the Canadian national anthem – and only the Canadian national anthem – resonate across the field?

Soccer is happening in Canada. It’s been a personal dream of mine since I can remember. I’m looking forward, most of all, to being a part of another milestone moment for the sport in this country, even in some small way.

When will I have a “moment” where it all becomes real? April 27 will certainly put an end to the countless daydreams I’ve had over the years; the sprawling Canadian professional soccer league in my imagination is here, and they are playing right now.

What will trigger that moment? Seeing Tim Hortons Field full of supporters? The referees walking out with the match ball? A camera panning across Forge FC’s faces as they sing the national anthem? The thing is, this realization will probably come way before the first goal — a time when you step back and say “whoa.”

Many of us have been waiting years for this feeling, with some putting in incredible amounts of work to make it happen.

“I just want to get this thing going” is a quote I’ve heard several times ahead of this match and I think it’s worth mentioning here. The players who have said this have been waiting for the CPL to begin for a long time — they’re waiting for their “moment” just as I am.

We just want to feel it.