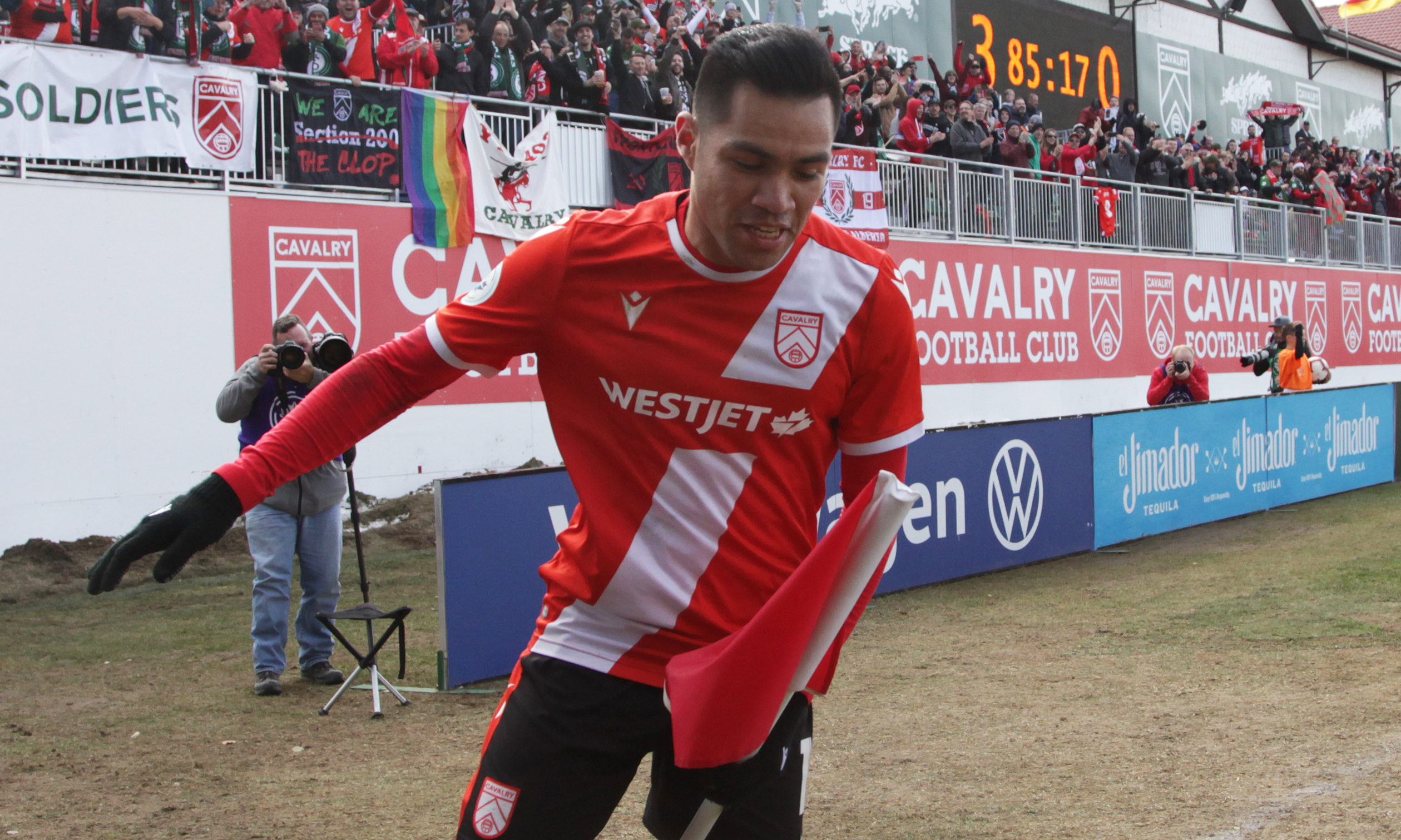 CALGARY – Champing at the bit.

That’s how Cavalry FC boss Tommy Wheeldon Jr. describes the vibe around his team’s pre-season training camp, which is now in full gear.

“It’s been electric, to be honest,” the head coach told CanPL.ca. “You never know what to expect because you give returning players an off-season program, and you give new players the off-season program to tell them where they’re at. You wonder if you’re going too hard or too light on the first week, but the players are the ones who tell you where they’re at. They’ve been brilliant.

“It’s allowed us to get straight into the way we want to play. We recognize it’s been a shorter pre-season because we kick off April 11, but given how sharp the boys have been in week one alone, it gives us that opportunity to move through our game principles.”

The club currently has 19 contract players as part of its roster; fourteen of them are returnees and are, no doubt, very motivated. Sure, the team is proud of its many accomplishments in the inaugural CanPL campaign, but that still doesn’t take away the sting of falling just short of winning the championship, watching another team hoist a trophy and celebrate on your home turf.

“We had a great season, and we’re proud of some of the accomplishments we had,” Wheeldon Jr. offered of his side’s 2019 performance. “There’s definitely a bitterness in the mouth because it’s like we went to the Olympics, won the decathlon, the hardest race of all, but we got silver in the 100-metre sprint where all the eyes were on that prize.

“What it does now, though, is it gives us something else to achieve. The only way we can improve on last year is actually making the final of the Canadian Championship and making sure our name is crested on the North Shield, as well as the league. Every game should matter, and we’re going to approach it that way.

“I’ve been there before in my Foothills days where we had to lose a final before we won a final. It’s nothing new to me or several of our players.”

And one of those Foothills FC players joining the Cavalry fold after a stint with provincial rival FC Edmonton is Bruno Zebie.

“Freshness in the locker room is a good thing,” the gaffer said of the 24-year-old, who suited up in 23 matches in 2019 for the Al Classico foes. “A chance to bring his energy into the midfield was exceptional. He’s a great character. He’s a pit bull in the midfield that keeps you in possession well. He hunts teams down. I won a PDL championship with him, and it was a no-brainer in terms of when he was available.”

“They’ve been terrific,” Wheeldon Jr. said. “Losing Joel Waterman was the right thing for the player and the club, but with Elliot, we feel we’ve got that other player who can play at the base of midfield or in the back, if need be, that can keep us in possession.

“José, we like what he does both sides of the ball. He’s very exciting with it, very tenacious. It suits who we are.”

One highlight of training camp is slated for Saturday, March 21, when Cavalry square off with the Mount Royal University Cougars. At this point, it’s still up in the air what colours Moe El Gandour will wear. The Cavs selected the homegrown forward in the second round of the 2019 CanPL draft after putting up nine goals and four assists in his sophomore season with MRU.

“That’ll come down to both sides because we’ve got a great relationship with [MRU head coach] Ryan Gyaki,” Wheeldon Jr. said. “He might play a half with us and half with them. Or he’ll play for them just to see how he does because we want to get the best competition for our guys. We’ll play it by ear.”

In late March, the club will depart for 10 days of training in Monterrey, Mexico, an opportunity everyone, from the coaching staff to the players, is welcoming because they won’t have to hide any cards up their sleeves when it comes to tactics.

“Last year, we had a shared pre-season, and it was a great event, but we also need time to work on some nuances. Without those eyes watching us, we’re going to have some stiff competition. One of them is a Liga MX division one, a top side in fact, and we’ll play at their stadium. One is a division two side, and one is a Mexico U-20 side. That’ll prepare us brilliantly for the start of the season.”

NOTES: The club is still waiting on visa approvals for Richard Luca, Jair Córdova and José Escalante… With only 19 players currently signed, Wheeldon Jr. said he wanted to create internal competition. Once at full health Chris Serban, Dean Northover and Mauro Eustaquio, who all suffered season-ending injuries in 2019, will be given the opportunity to return to the club with extra roster spots open. Serban and Northover are already performing sprint turns and light ball work. They will be further integrated in the next three to four weeks after the rest of the players return from Mexico… The team has five players on trial: fullback Stephen Furlano, fullback Mohammed Farsi, centre-back Euan Bauld, midfielder/winger Abe Dukely and midfielder Victor Loturi, who made four appearances across all competitions last year for the Cavs.