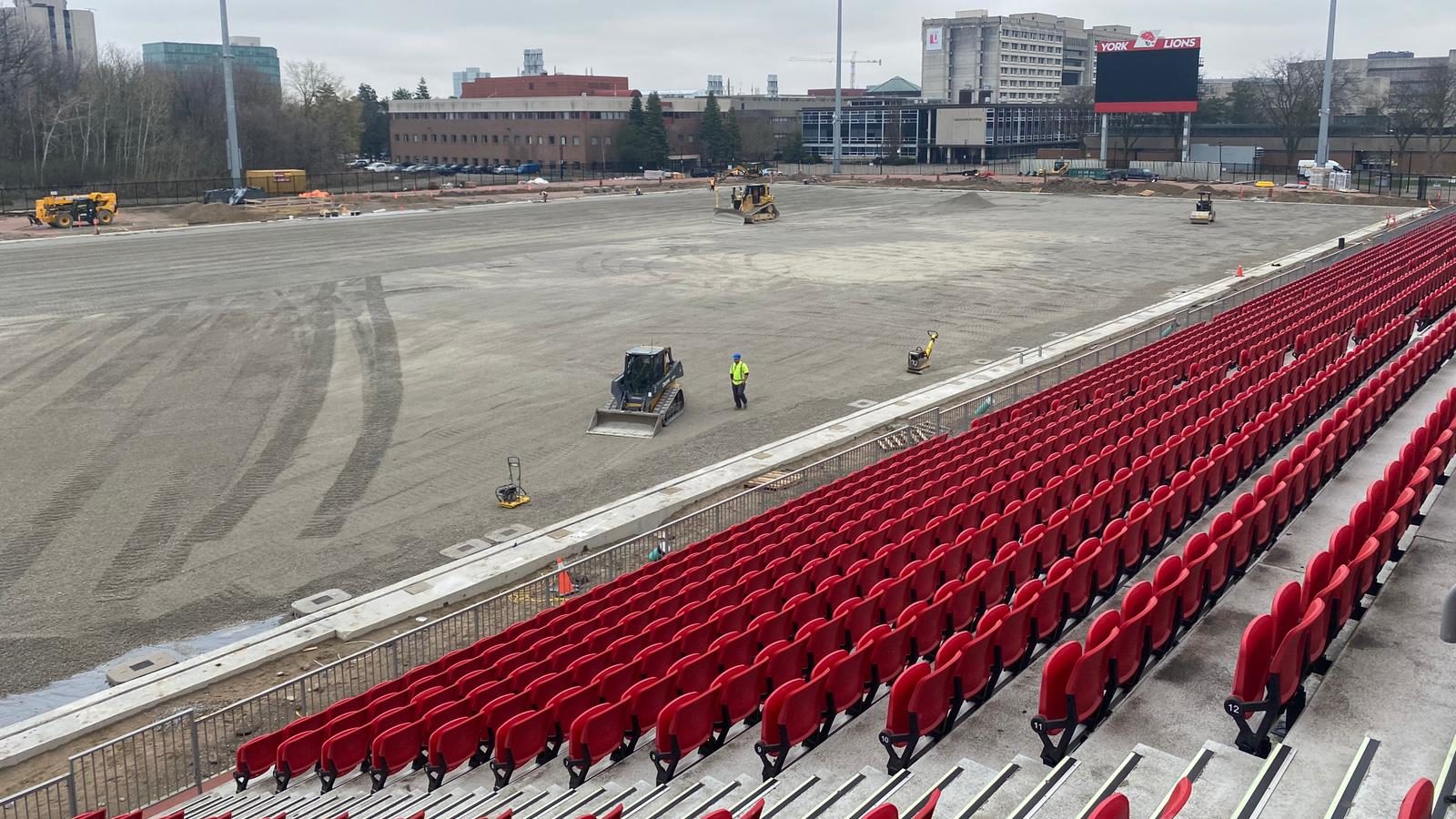 There are a lot of moving parts around York United, ahead of the 2021 CPL season.

Planning ways to return to training, finalizing their roster, and upgrading their stadium are all happening simultaneously, while the 2021 campaign is rapidly approaching.

CanPL.ca caught up with Angus McNab, York United’s President, CEO and General Manager to discuss all that and more.

Loaned out players, and roster moves before the season

York United has been active this offseason, bringing in some high-profile free agents from around the league and abroad. They’ve also loaned out several players, to get them playing time during a long offseason.

“We’re trying to look at the fact that our guys have been inactive, and remain inactive because of some of the challenges we’ve faced with the pandemic and immigration, and the return to training in the province of Ontario,” McNab told CanPL.ca. “We look at each player individually, look at the situation we are facing, and come up with the best development plan for them.”

York may not be done making roster moves yet.

“I think there will be a couple,” McNab said. “We’ve got the ability for guys to remain out on loan and rejig our squad a bit. We may see a little bit more activity.”

Rivero & Ulbricht are in Canada, status of other int’ls pending

Two of York’s international players – Álvaro Rivero and Julian Ulbricht – are currently in Canada, and the club is hoping to hear positive news “in the next 7-10 days or so” about one of their other five internationals being able to enter Canada ahead of the new season.

“We play a bit of a waiting game,” McNab said of his five internationals outside the country. “It’s frustrating because we had all of our international business wrapped up by the end of November. Obviously, it’s a global pandemic, we’re not different or more important than any other business within Canada, so we wait our turn.

“When they are able to come to Toronto, I’m confident in the character of the guys that we’ve signed,” he added. “I love chatting to them and just hearing the determination, and what they want to do when they get here. The desire to get here lets us know we recruited the right guys in the first place.”

Due to restrictions put in place by the provincial government in Ontario, York United (as well as their local rivals Forge FC) are unable to train, while some clubs are back on the pitch preparing for the season.

McNab says that while the club’s preference is to be back on the pitch as soon as possible in their home market, heading to another province isn’t out of the question.

“It’s not just us, there are other teams shut down right now as well,” he said. “It’s a challenge we face league-wide. We have scenarios and contingency plans in place, and we’re working on them. We control [what we can] and wait and see for when we can roll that out.”

With the start of the 2021 season set to be held in a single-site environment, McNab says that York can use learning experiences from the 2020 season at the Island Games to help them prepare.

“Players will go into it – not just York players, but league-wide – with a different mentality, having experienced it last year, knowing what works for them, what doesn’t work for them,” McNab said. “The same for the staff.

“The only difference with this is that it isn’t kill or be killed after seven games. It’s an intense start, but it is a full league season, so we plan accordingly.”

When fans return to York United’s home stadium this season, it will look different from when they were last there in late-2019.

The club, working with York University, has made a number of changes to the former Pan-American Games venue, including removing the running track that once circled around the pitch. They are also upgrading the playing surface to FIFA Quality Pro turf, which is also up to World Rugby standards.

“Everything is working well,” McNab said of the renovation project thus far. “Progress continues and it’s going to be really, really exciting there with what we’re doing.”

There are plans to build a standing supporters section in the stadium, but McNab says it likely won’t be possible for the 2021 season, when fans can hopefully finally return.

“That’s a decision that’s on me, and I have to make because it doesn’t make financial sense for the club to do so,” McNab said. “What it would cost to assemble that temporary standing, and with capacity restrictions that we would face, I think everyone appreciates that our priorities are putting all the dollars we can into servicing our players and ensuring we get back to the field. We may ask our season seat holders to relocate to the main grandstand, which seems like the most viable option at this moment in time, given everything we face right now.

“It’s a very difficult commitment to make to a contractor, or to someone else, with so many other areas of uncertainty,” he added. “I think everyone will understand that, and hopefully respect our honesty in calling it out now at this point.”

The rest of the stadium will be ready for when The Nine Stripes and their passionate fans can return.