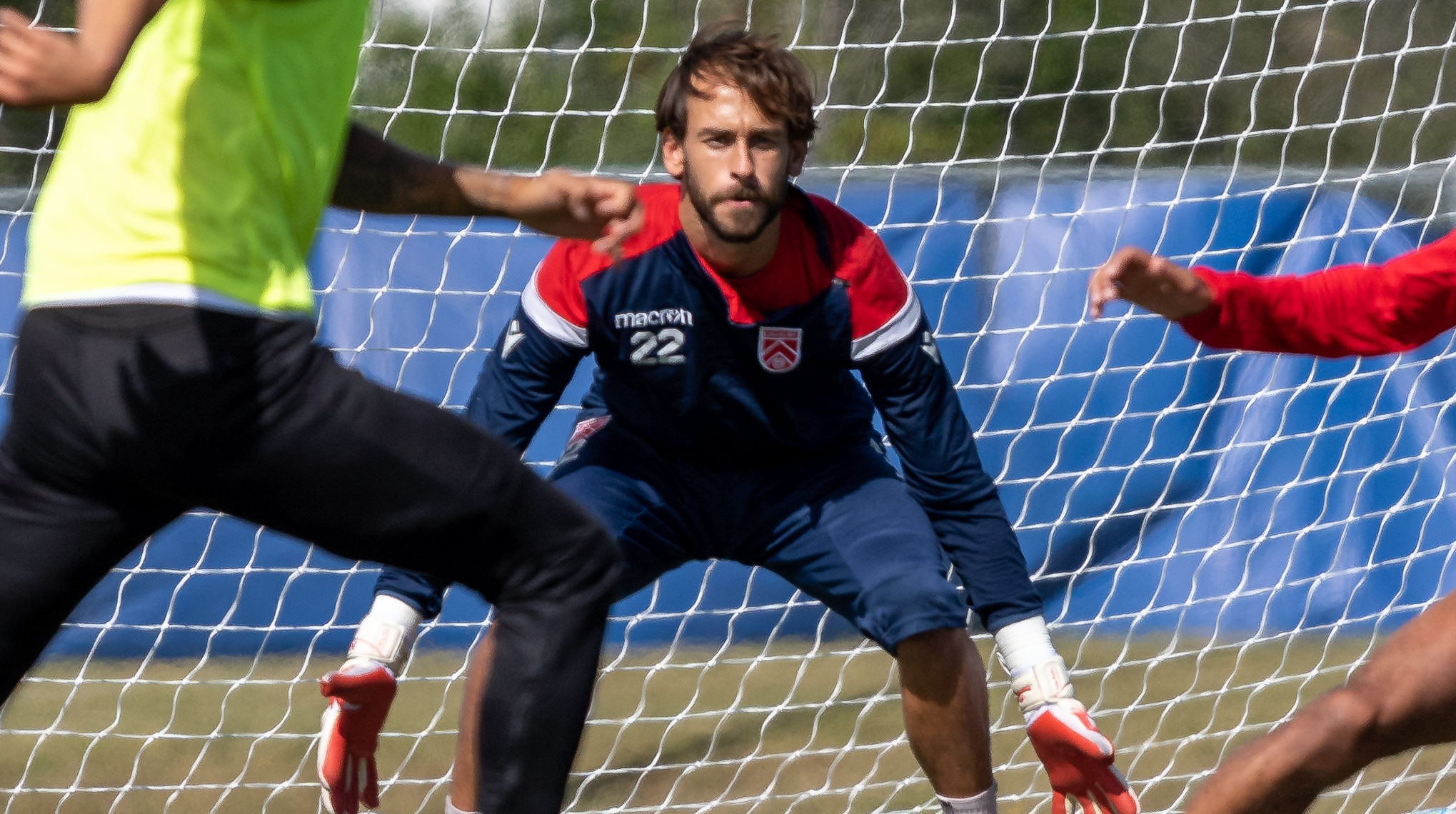 The former Cavalry FC goalkeeper has signed with York9 FC on a multi-year deal with a club option for 2023.

A 26-year-old native of Markham, Ont., he made 22 saves and earned four clean sheets across 10 appearances for Cavalry in 2019 and 2020 in all competitions. Giantsopoulos, who sports the best save percentage of any CPL goalkeeper at 81.48 per cent, appeared once for Cavalry at the Island Games.

Prior to signing for Cavalry, Giantsopoulos enjoyed a successful stint in Australia and in the NCAA at Calvin College where he was named to the Division III All-American Team in 2014.

Giantsopoulos was coached by current Nine Stripes goalkeeping coach Camilo Benzi as a youth in York Region, one of several reasons why he signed with Y9.

“I am excited to be signing with York9 and look forward to getting to work and earning the No. 1 spot,” Giantsopoulos said.

“He’s shone at Cavalry when he’s had the opportunity and we’ve handed him both the No. 1  and a multi-year contract as a display of our belief in him. Niko is ready to claim a starting job in this league and with Nate (Ingham) also at the club, I believe it means we have the strongest goalkeeper group in the Canadian Premier League,” Y9 managing consultant Angus McNab said.