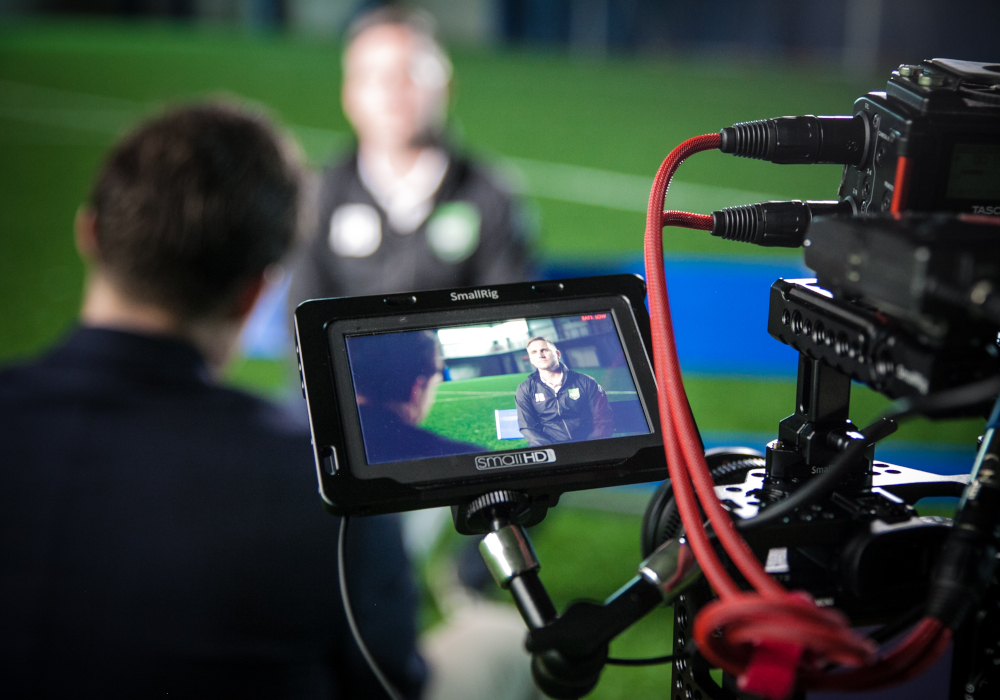 TORONTO — York9 FC head coach Jimmy Brennan has participated in many a historic match during his playing career, but with a new role on the sidelines of an upstart league, the former Canadian international is ready to embrace the festivities at Tim Hortons Field on April 27 as the visiting team for the Canadian Premier League’s inaugural tilt.

Spirits at Tim Hortons Field will be rightfully high as the Canadian soccer community tunes in to see the CPL finally kick off, and for the city of Hamilton, the match serves as something of a celebration for community and for the sport.

As such, York9 FC will be playing the role of spoiler, which Brennan said his club has fully embraced for this milestone moment.

“We’ve had a lot of time to build and once we get that first game underway, the season starts and everything you’ve worked toward is ready to roll out,” Brennan said. “We’re looking forward to it being a local derby as well. It’s even more special. We’re hoping to have a large following out there with our supporters.”

The York Region-based outfit expects around 1,000 travelling supporters for the inaugural match, which Brennan said serves his side well as his players look to draw on the support of their 12th man. He said he’s excited to see a sea of green in Hamilton, and affirmed his players will be more than ready for the occasion, even when surrounded by the orange-clad Forge FC support.

“Once they step out onto the field, they know they’ve got a job to do,” Brennan said of his team. “It’s a bit more special because it’s a local derby and we’ll have York9 presence in the stands, but we want to get out there and have a good start to the season and hopefully come away from that game with three points. It’s always exciting, but to kick off the Canadian Premier League and make history makes it a special game for everybody.”

It’s not Brennan’s first go at making Canadian soccer history, either: the York9 FC coach captained Toronto FC during its inaugural season, and also experienced the full breadth of derby fixtures during his time in Europe, where teams from “10 miles down the road” played one another.

York Region’s close proximity to Hamilton makes this historic moment even sweeter, as such.

“It’s great that this is a true local derby,” Brennan said. “I remember at Toronto FC, our derby was five hours away in Montreal, which is not really a local derby, is it? With the CPL, there’s going to be some great derbies around the league, and you’ll really get a sense of what a true derby is like.”

His advice to his players is simple: In these big, passionate games, you have to “play with controlled emotions and do your talking on the field with your feet.”

But for many of the young players participating on the day, this match will be the first time they’ve played in front of a large and likely hostile away crowd.

It’s why Brennan is looking to share his experiences – as well as those of his veterans like Kyle Porter and Manny Aparicio – in order to play spoiler on the day.

“We’ve got a few guys that have been around the block and have great experience overseas and we’re relying on them to control the dressing room, get their arms around the younger guys and teach them what these moments are like,” Brennan said.

And part of that learning process falls on Brennan, too.

This will be the first time the league’s head coaches get a look at each other’s teams. There’s no game tape to review beforehand, no notes to refer to in preparation to this match.
It’s a challenge Brennan said makes the CPL “unique” in world football.

“You can’t scout or watch videos about the opposition. You’re more or less focused on your game-plan and how you’re going to execute, and as the game starts to fall into place, you’ve got to make some tactical decisions on the pitch,” Brennan explained, when asked how he’ll be preparing for the match.

“Once you’re halfway through the season, you’ll understand how teams play and watch videos of them, and tactically you can make decisions beforehand, so this is going to be a tough one – not just for myself but for all the coaches in the league.”

If there’s one thing Brennan has proven during his playing career, it’s an affinity for overcoming tough obstacles.

So, while Tim Hortons Field will be decked out in orange on April 27, Brennan will be working to ensure green is the colour on the day.