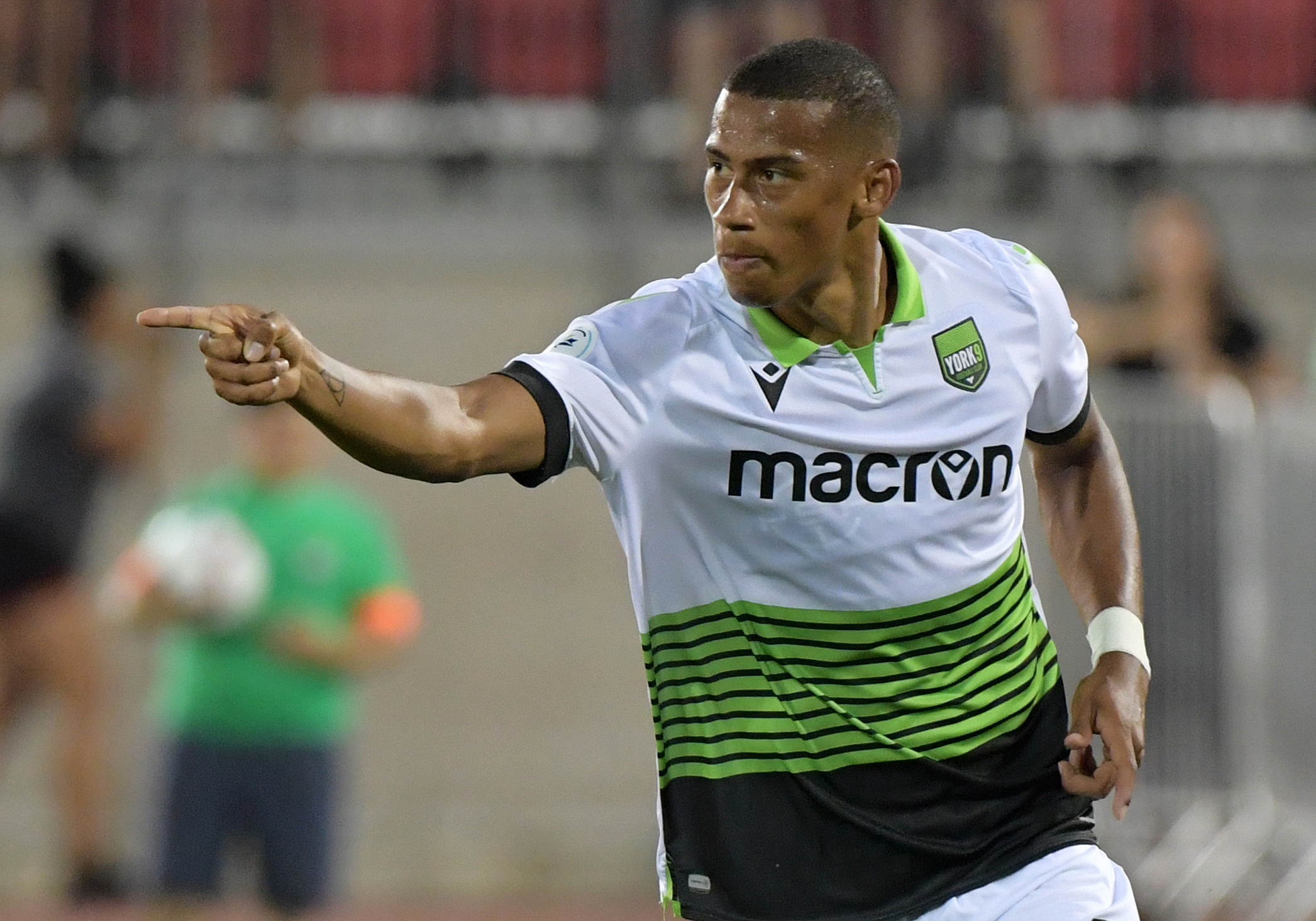 York9 FC’s Ryan Telfer has been called up to the Trinidad and Tobago national team for a pair of CONCACAF Nations League matches against Martinique, bringing on the Canadian-Trinidadian midfielder ahead of a first leg road game at the Pierre Aliker Stadium in Fort de France.

Telfer, 25, joined the Nine Stripes on loan out of Toronto FC at the top of the 2019 Canadian Premier League season, and has become one of the league’s brightest stars since, scoring the first-ever goal in CPL history en route to recording five goals in 19 appearances, all as a starter for Jimmy Brennan’s outfit.

In August, Telfer, who was eligible to declare for either Trinidad and Tobago or for Canada, told Vince Alvarado of the Nine Stripes Podcast that he was looking to start his international career, though he added, “at this point, it’s hard to say which one to go towards.”

It seems as though a call from T&T head coach Dennis Lawrence proved too tempting to ignore, and Telfer, who was not named to John Herdman’s side for upcoming CONCACAF Nations League matches against Cuba, has accepted the invitation – and would thus be cap-tied to Trinidad if he were to make an appearance over the next two matches.

The Mississauga native will continue to count toward’s York9’s Canadian player quota when fielding a starting XI, though Telfer isn’t the only Canadian to earn a call up for the team of their family’s nationality, as Guyana goalkeeper Quillan Roberts has also been called in for a pair of CONCACAF Nations League matches against Aruba and Jamaica, marking the second time the Forge FC goalkeeper has been summoned by the Guyanese national team.

Roberts, a 24-year-old native of Toronto, played in one friendly for Canada at senior team level in 2015 before changing his affiliation to Guyana – he qualifies to play for the country because his father was born there.

The Forge shot stopper was named to Guyana’s roster for this summer’s CONCACAF Gold Cup, and he debuted for the team in a 1-1 draw against Trinidad and Tobago in the group stage of the tournament.

Guyana is set to compete in League B of the CONCACAF Nations League, and will visit Aruba on Sept. 6 before hosting Jamaica three days later.