Canada manager John Herdman has turned to a mix of experience and youth for his 23-man team’s first home tilt in 2018-19 CONCACAF Nations League Qualifying as Besiktas midfielder Atiba Hutchinson returns to the fold alongside Barcelona B winger Ballou Tabla, who earns his first call-up to Canada’s senior ranks.

Canada takes on Dominica at BMO Field on October 16 in the second of four matches, having already dispatched the U.S. Virgin Islands 8-0 in the opening test – a result that was only good for fourth overall in the standings, despite the unusually large margin of victory. As such, many of the same faces return for this second tilt, including all five goal-scorers from the previous match: Jonathan Osorio, Lucas Cavallini, Jonathan David, Junior Hoilett and Cyle Larin.

Red Star Belgrade goalkeeper Milan Borjan was dropped from the squad, as his team prepares to travel to Liverpool in a UEFA Champions League group stage showdown, while Ashtone Morgan steps in to replace Marcel De Jong at leftback.

“We want to be in that top-6 of qualifying to get into Group A of Concacaf Nations League, so we won’t be putting any result at risk and we won’t be taking anything for granted,” Herdman said. “We will be working harder than any other team to make sure that, when we get to Toronto for the 16 October match, those fans will get another positive performance from our players.”

Following the match at BMO Field, Canada travels to St. Kitts and Nevis for a third tilt on Nov. 18, before wrapping up the qualifying round with a home fixture against French Guiana on March 26, 2019. 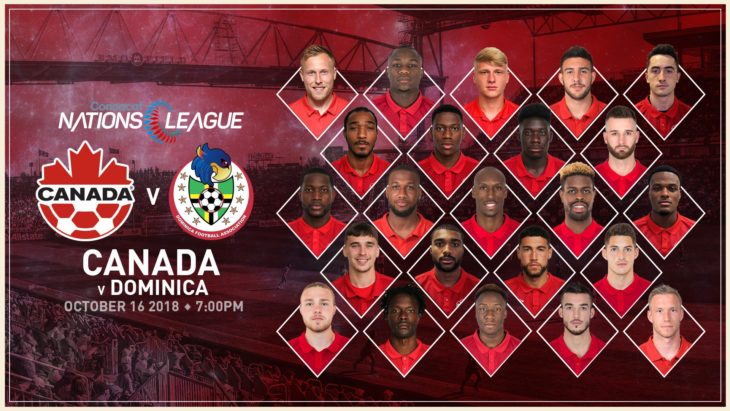